UAE-based Hubpay, a digital wallet for remittances has announced its seed round led by US venture capital firm, Signal Peak Ventures, marking its investment in the Middle East and was joined by angel investment group, the Falcon Network. The amount raised was not disclosed.

The financial technology (fintech) startup will use the investment to support the launch of its digital wallet in the Middle East market. According to a statement from Hubpay, the company is in the advanced stages of the licensing process to received a Money Services Licence in the UAE, to enable low cost digital remittances and international bill payment. Hubpay is hoping to address both the remittance market and the mobile money market by launching a digital wallet for both the senders and receivers.

“The fintech market in the Middle East is at a turning point.  A wave of new digital regulatory regimes has been launched enabling businesses like Hubpay to offer fully digital solutions to users in one of the largest remittance markets in the world,” said Kevin Kilty, founder and chief executive officer (CEO) at Hubpay. “In a post Covid-19 world, the digitalisation of remittances will accelerate, creating better access and supporting financial inclusion for the international remittance community."

The UAE is the third largest market for remittances globally, with $44 billion worth of payments made in 2019. The regional market is vast, with Gulf countries remittances exceeding those of the USA, and the majority of these flows going to the fastest growing mobile money markets in the world; India, Pakistan, Philippines, Bangladesh and Indonesia. The remittance channels provide a direct route to the $3trn digital wallet market across Asia. 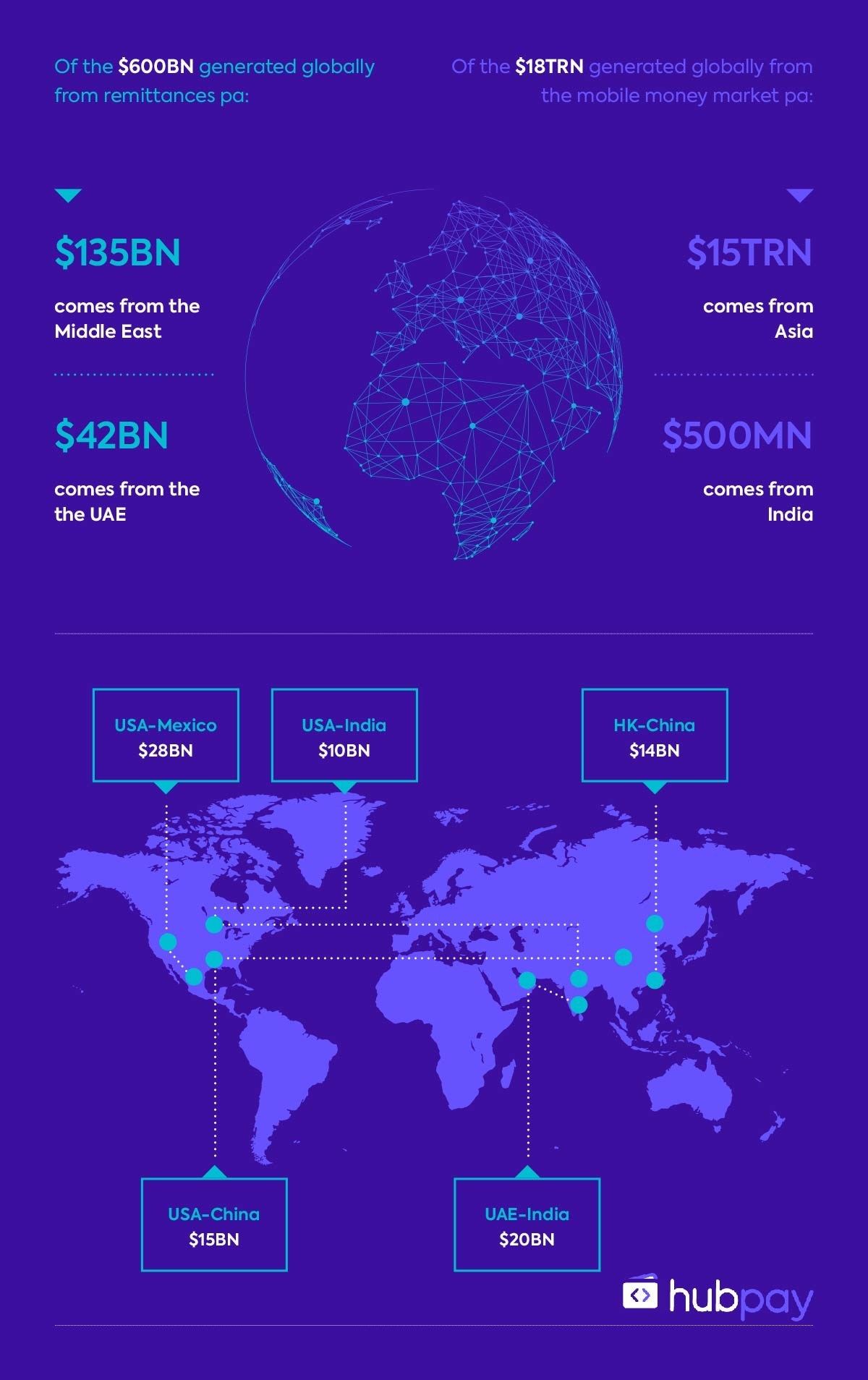