Last year was meant to be the year that startups in the Middle East and North Africa broke the billion-dollar investment mark, but the pandemic put to rest ambitions of that milestone. The damage the coronavirus wreaked however, only resulted in a 7 per cent year-on-year decline, with Mena startups raising $654 million in total across 363 deals in 2020*. Close to half of that was raised in the first three months of the year, before the pandemic hit the region. Investor sentiment erred on the side of caution for the remainder of 2020, although we have seen the number and value of deals pick up in the past couple of months. 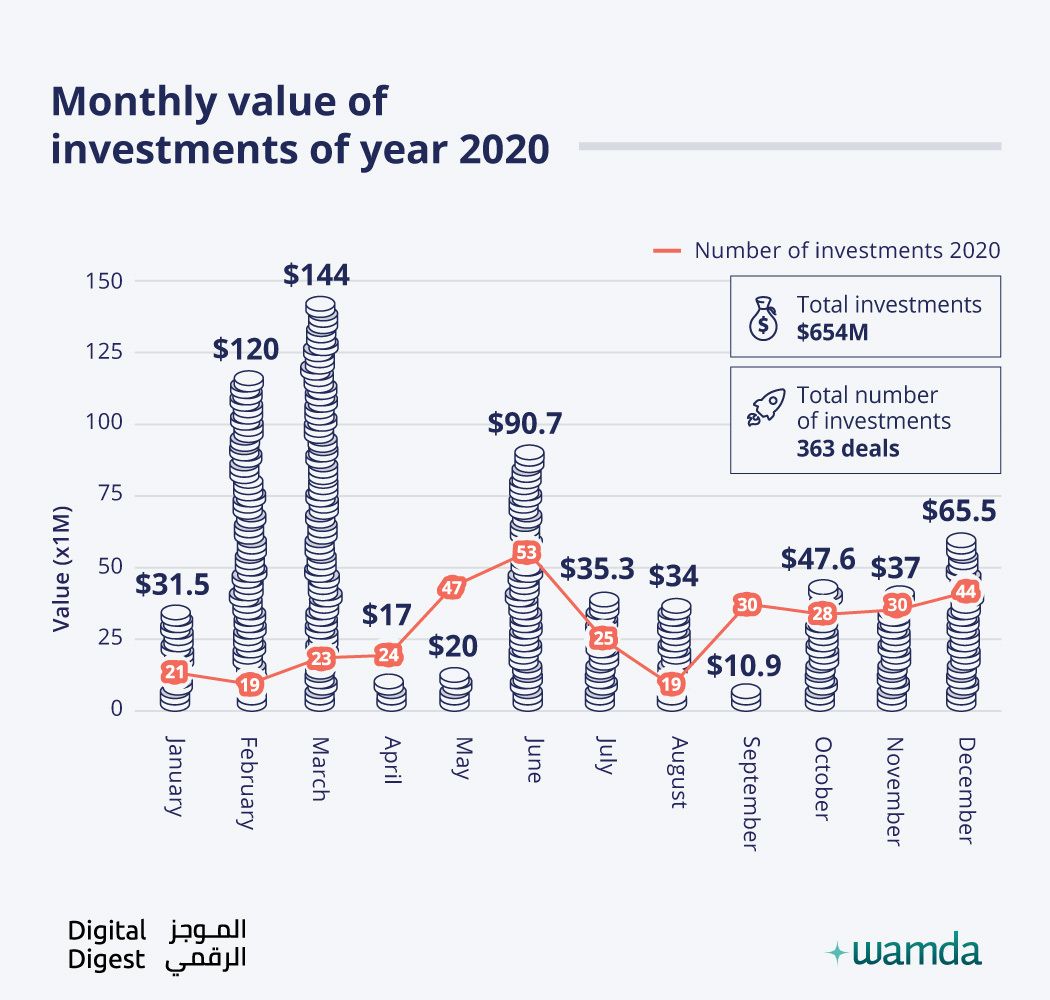 In December, startups raised $65.5 million across 48 deals, a rise of 77 per cent month-on-month. The strong close to the year was a result of several deals in Saudi Arabia and the UAE, with UAE-based buy now pay later startup tabby raising $23 million in its Series A round in the biggest deal of the month.  This deal also accounted for fintech’s strong performance in December.

There was a significant pick up in the mobility sector, with seven startups raising investment, primarily in the car-sharing and car-rental space, signifying a rise in demand for transportation that reduces exposure to large groups.

For the first time, Oman-based startups managed to secure the highest number of deals, a result of Oman Technology Fund (OTF) graduating cohorts from two accelerators programmes – Techween and OTF Wadi. The UAE however maintained its prime position with regards to investment value as startups in the country raised $37.5 million.

*We did not include EMPG's $150 million investment round as the company is not a startup, nor did we include The Luxury Closet's ongoing Series B round.