Motorbikes emblazoned with the logo of a food, grocery or last mile delivery company can be seen on almost every street in the UAE. Such has been the proliferation of e-commerce, that the number of delivery vehicles in the world’s top 100 cities is expected to rise by 36 per cent until 2030 according to the World Economic Forum.

Amid this rise in e-commerce, it is the e-grocery segment that has witnessed the greatest growth, especially in the Middle East. According to research from RedSeer, the e-grocery market quadrupled last year and is expected to be worth close to $21 billion by 2024. Rising competition in this space has led to an influx of quick commerce (q-commerce) startups who offer instant delivery in under two hours. This segment of e-commerce according to RedSeer will be worth $20 billion by 2024. 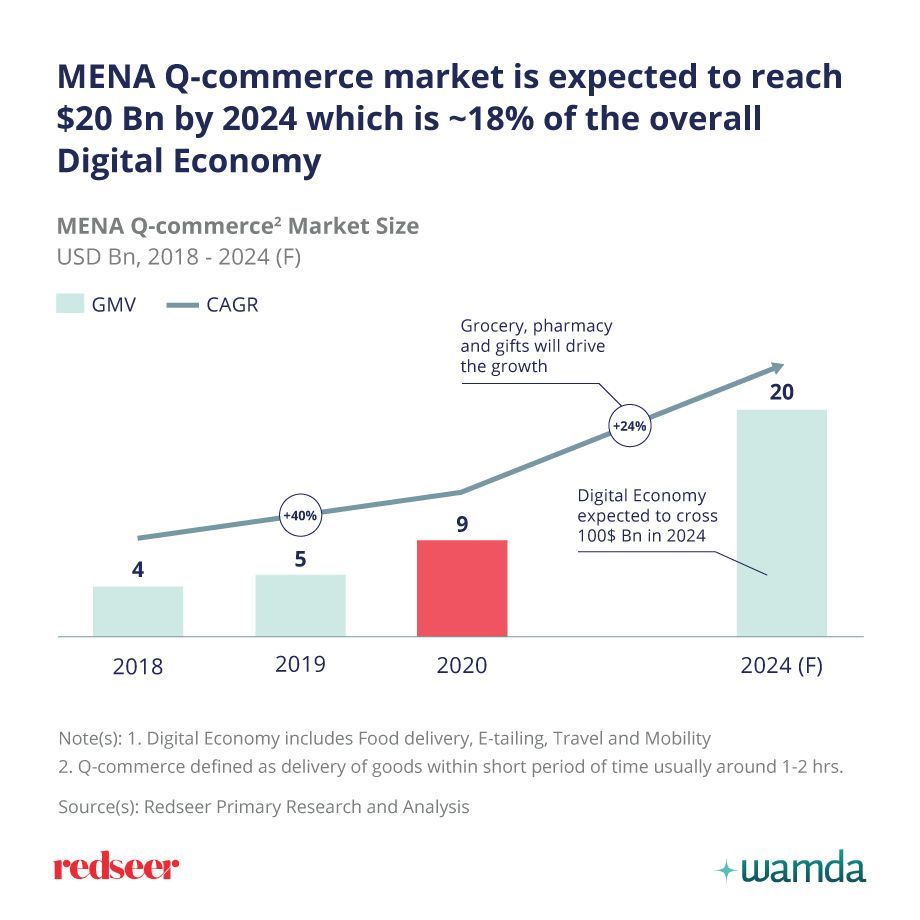 One UAE-based e-grocery startup that has managed to cut its delivery times to a mere 15 minutes is YallaMarket, launched in April 2021 by Leo Dovbenko and Stanislav Seleznev.

Currently operational in Dubai, in the JLT, Business Bay and JVC areas of the city, YallaMarket relies on an infrastructure of dark stores and warehouses that are strategically located in densely populated areas in order to offer such a speedy service. Its dark stores cater to smaller areas compared to other q-commerce operators and relies on pedestrianised routes for delivery, using e-scooters and bicycles instead of motorbikes.

“Over the past few years, it has become clear that the dark-store model is supposed to replace classic convenience stores. It's a new retail revolution,” says CEO Dovbenko. “Quick commerce is the new way of serving customers, it’s much more convenient for customers to press three buttons and get their order delivered in 10 minutes, [rather] than standing in line.”

While other q-commerce startups around the world are experimenting with robots and technology to enable faster delivery, YallaMarket’s model relies mostly on the set up of its warehouses and a “special way of storing goods” that enables high picking speed. Its pickers can collect the items for an order in just three minutes, each item taking roughly 15 seconds. Pickers can fulfil up to 20 orders per hour.

YallaMarket has raised $2.3 million in a pre-Seed round co-led by Wamda and Dubai Angel Investors, with participation from some Mena-focused angel investors. The investment will be used to continue YallaMarket’s growth in the UAE with plans to open 100 new dark stores in Dubai and Abu Dhabi as well as expand to Qatar next year.

“We plan to use the majority of our newly secured funding to boost our growth. The Mena region is actively developing: Expo is taking place in the Emirates this year, and Qatar is hosting the FIFA World Cup in 2022. Our goal is to cover as much territory by on-demand fast delivery as possible,” says Dovbenko.

Globally, quick-commerce has boomed since the pandemic, with the likes of Turkey’s Getir, Germany’s Gorillas and US’ goPuff attracting billions in investment and scaling outside of their home markets. Yet, despite their growth, the model has been called out for being unsustainable, especially since many charge little or sometimes nothing for delivery, the costliest part of the chain.

But Dovbenko is confident that the model can turn a profit in the Middle East, given the comparatively low cost of labour and the use of data to predict customer behaviour.

“It can’t be profitable in Europe because the cost of the delivery people is more expensive than scientists in Dubai,” he says. “To be profitable in quick commerce, you need customers to be there, they need to make orders several times per day, that’s how you build a sustainable business. For customers to hand over their budget, you need to have particular items that this family needs every day and be able to fulfil it.”

YallaMarket offers 3000 SKUs which are updated weekly according to customer purchasing trends. These products are purchased directly from brands or through distributors, enabling YallaMarket to make a margin on each item. The average order is worth Dh50, typically with nine items and the top-selling categories are fruits, dairy and drinks. The quicker a picker can put an order together, the more orders he can fulfil in a day. The same goes for the courier, who delivers several orders per ride. Instead of relying on third party logistics, YallaMarket has its own team of delivery couriers, some on bicycles, some on e-scooters and some on foot – another way the company keeps its costs down and ensures speedy delivery.

Across the Middle East, several players have moved into q-commerce, including Talabat, Noon and Kitopi. In Egypt, Breadfast, Rabbit and Appetito who together raised $39 million this month, all offer instant delivery. By 2024, 8 per cent of e-commerce in Mena will be fulfilled through the q-commerce model, a “massive jump as in 2018, this number was around 1 per cent,” according to Sandeep Ganediwalla, managing partner at RedSeer. 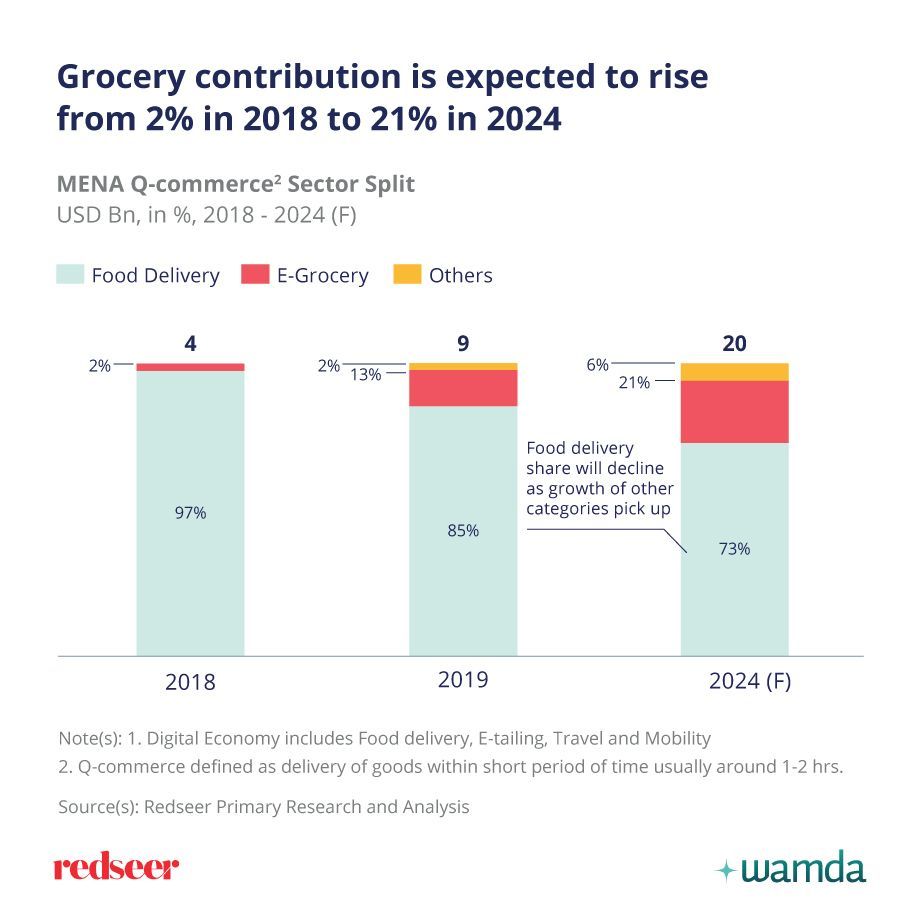 While Dovbenko believes convenience stores might one day be replaced by hyperlocal e-grocery, in the short term, he plans to partner with the small grocery retailers, known locally as baqalas.

“We’re looking for partnerships with suppliers, food producers and other grocery owners,” he says. “We can franchise retail shop into YallaMarket dark stores.”

The startup also plans to launch its own line of ready-to-eat meals, which users will be able to order on the app.