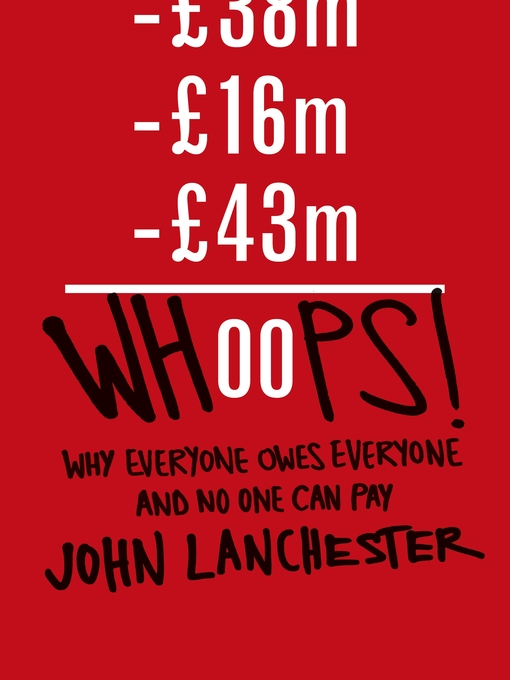 Whoops!: Why everyone owes everyone and no one can pay

It’s perhaps telling when the testimonials on the cover of a finance book come from as many literary figures as business experts. Will Self, India Knight and Jonathon Coe, in the current Premier League of British fiction, all praise John Lanchester’s account of the causes of the 2008 financial meltdown as though it were breathless paperback prose about the afflictions of contemporary urban London. But then again, that’s exactly what it is. The staggering self-confidence of bankers, brokers and hedge-fund managers, along with the parade of suited characters who John Grisham might sue for plagiarism if they weren’t real, is dissected with verve and antipathy in equal measure – and considerable narrative flair.

There is disdain at the limited self-interest that fuelled the credit boom, dismay at the impotence of the regulators and disillusion at how society as a whole was a willing accomplice in the assumption of mammoth debt to fuel lifestyles ordinarily beyond their means. More than merely a diatribe, though, it provides incredible detail on the doubling of global GDP between 2000 and 2007, and how no one thought to apply the brakes even when confronted with the precipice of financial disaster. Readable and authoritative, it ought be standard reading for consumers and MBA students alike.

Whoops!: Why everyone owes everyone and no one can pay, by John Lanchester. Allen Lane (2010)