The challenge of how much money to seek in early-stage funding remains one of the most complex an entrpreneur can face. 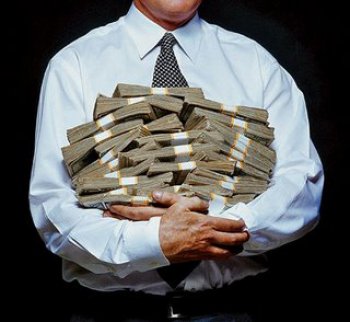 Will Herman is an entrepreneur who has founded or held senior roles in several tech companies.This story originally appeared on VentureBeat.

I often run across early stage companies in a real quandary about how much money to take in their first round of funding. That is, the round just beyond the Ramen noodle eating/avoid starvation round that is usually funded out of their own pocket (or, if you prefer, the round that really gets things going once you’ve established a team and product viability).

The advice they often get goes something like this: Build a spreadsheet outlining fixed and variable costs over the next year or more. Estimate headcount, salaries, rent, capital equipment needs, etc. and, voila, you’ll have your number.

That’s fine, of course, but the spreadsheet should be the end result of the planning process, not the process itself. In my experience, there are certain high-level guidelines that should be used to determine how much money should be taken.

Using these, you’ll ultimately have the data you need to plug into a spreadsheet and generate a cash flow estimate – one used for planning AND tracking cash flow – based on the high-level needs of the company and with an eye towards future investment rounds.

My thoughts here hold true whether you’re pricing your round or, for the most part, if you’re doing a convertible note. I should also state that this post looks at the question primarily from the entrepreneur’s point of view, although is certainly aligned with the thinking of investors as well. As always, your mileage may vary. This is my opinion and it’s worth exactly what you’re paying to read it…

Take enough money to securely get you to a step up in valuation: I’m not talking about some marginal increase here, but a real increase in valuation – double, triple or maybe even more. What creates that? Usually the achievement of some significant milestone. It’s great if that’s revenue or profit, but a large number of active users or even a major product release are good milestones to increase the perceived value of your company.

Take enough money to move quickly, but assume that you will not move as fast as you think you can: Don’t starve the company. Make sure you take enough money so that when you look back over any preceding month of operation you don’t say, “I could have done so much more with $X more.”

Additionally, take into account that things will not always go as well as you’d like and, while you’re moving fast, you need to leave some space for stumbling on your way. Map it out as you see it, then add a dash of conservatism.

Take enough money to hire the key team members you need – that’s where your leverage is: Never, ever rob yourself of great human resources. Success begins and ends with the level of people you add to the team.

Valuation is less important than you think it is: I know… this is a hard one to buy into. If your valuation sucks, make sure you’re following the previous guidelines, swallow hard and take the same amount – the amount you actually need.

If you are truly uncomfortable with how much of the company you’re trading for cash, go out and look for an investor who will give you a better valuation – but don’t try to do your startup on the skinny, it’s already going to be hard enough to succeed.

Keep in mind that your odds of succeeding are not highly correlated with the amount of stock you retain.

Leave yourself some runway to close the next round: Many young companies forget this when planning for the uses and needs for cash. It’s unlikely that you’ll have someone at your door ready to write a check the day you run out of money. You wouldn’t want to hand over such leverage to someone anyway. Make sure you have enough money to fund you through the time and effort to get the next round closed – at least 90 days; 120 to be safe.

Admittedly, it’s not a science. In the end, the most important part is to get the money you need and to get moving. Time is your biggest competition and it works tirelessly 24/7 to kick your ass.

Try not to get caught in abstract notions about valuation. Do a sensitivity analysis; it’s likely to be less important than you subjectively think it is. That’s not to say it’s unimportant, but you should think about what the valuation being offered really means in terms of what you take away from the company given various scenarios.

Ask yourself what it is you want to achieve, personally. If the valuation doesn’t seem right after that, move on and find someone else to invest. Otherwise, take the money you need and start executing. And don’t forget the spreadsheet. It really is a good tool.