Yesterday we kicked off the first in a new series of Celebration of Entrepreneurship events- CoE Animate 11. The event was an intimate gathering of no more than 100, designed to showcase the region’s hottest animation talent in a sleek but cozy space at The Pavilion Downtown Dubai. 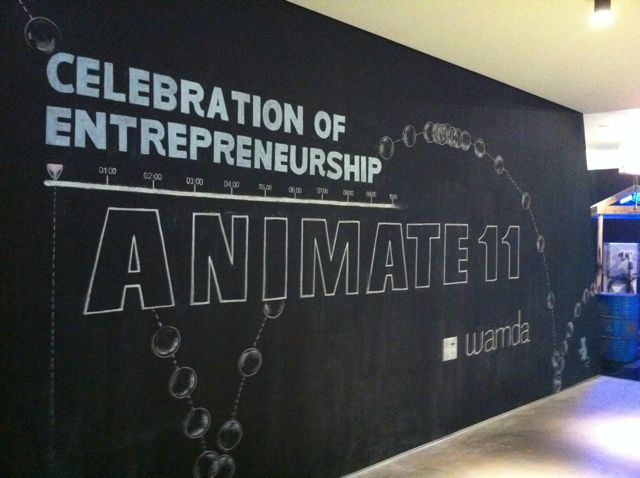 Wael Attili of Kharabeesh kicked off the event with an explanation of how he uses animation to highlight social change, famously through his comical animation of Libyan dictator Gaddafi. 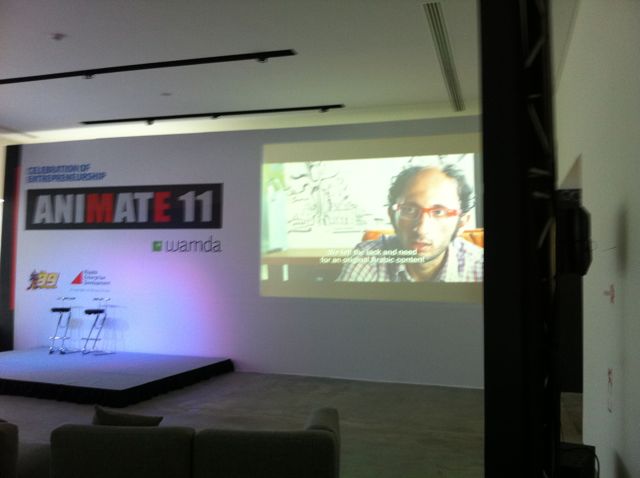 Wael Attili showing a video created by twofour54's Creative Lab on the creative process at Kharabeesh.

Mohammad Fikree, only 21 years old, spoke next, explaining how he began working as an animator in his free time and posting his work on mohdfikree.com. Mohammad touched upon the difficulties that Emirati entrepreneurs and animators face when trying to gain support from fellow nationals, noting that Emiratis often discount his work before they’ve even looked at it. “That’s unfortunate, because he’s quite talented,” noted a fellow attendee.

Zaidoun Karadsheh and Ashraf Ghori followed with showcases of their work from Sketch in Motion and Xpanse CGI. 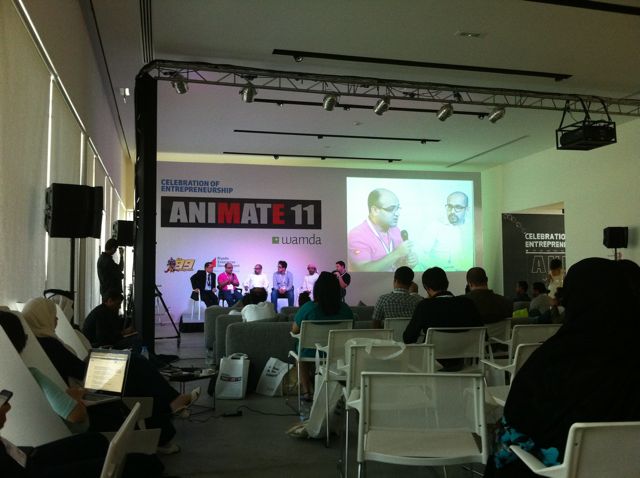 In the afternoon, after lunch, we hosted a panel with Mohammad Harib, the Creator of Emirati series Freej, Najeeb Jarrar, the MENA Product Marketing Manager for Google, Hosam al Sokkari, Head of Audience for Yahoo! Middle East, Adeb Agha, the founder of Vinelab, and Badih Fattouh, the Head of Group Acquisition and Programming for MBC. Each speaker offered their candid opinions on the future of media; below are just a few of their insights.

- Hosam al Sokkari discussed Yahoo’s goals to create a platform on which people can create content that transcends the limitations of languages and cultures to reach an international audience.

- Abed Agha pointed out that the online Arabic content gap that is often cited- that 5% of the world’s population speaks Arabic but less than 2% of online content is in Arabic- is not actually a big issue. Rather, he said, understanding the region's audience and developing and curating the right content is the biggest challenge facing the online media industry.

- Mohammad Harib illustrated how walls betwen traditional media and online media are coming down. While traditional media is still limited by choosing its content based upon its potential for traditional ad revenue, he said, opportunities for new revenue streams such as licensing content, online advertising, and subscription models, are changing the game for online content producers.

- Najeeb Jarrar added insight into the ways that online content producers should think about creating content for today’s audience, saying, “Either make it scrappy, or completely top-of-the-shelf.”

In our final segment, Najeeb Jarrar followed the panel with a quick showcase, Farhan Zaidi of Riyada Enterprise Development gave a talk on the investor’s perspective, Mohammad Harib presented a showcase, and Dino Wilkinson of Norton Rose spoke about IP Protection.

Aside from the panel, my favorite talk was perhaps third-to-last speaker Mohammed Harib’s. He discussed creating his popular show Freej, about four old Emirati women living in a quickly-changing Dubai, and was frank and funny when explaining how he gained creative inspiration and drove the series’ revenue model. Here’s a clip of him discussing how he gets inspired as an animator, and why it’s critical if you’re passionate that you develop your skills on your own:

We wrapped up with a screening of Naif Al-Mutawa’s great new on The Beginning of The 99, which will screen at the upcoming New York Film Festival. It had touches of the X-Men as well as Captain Planet, with the added theme of an Islamic origin myth for the "Noor Stones" that unite The 99. All in all, good fun. 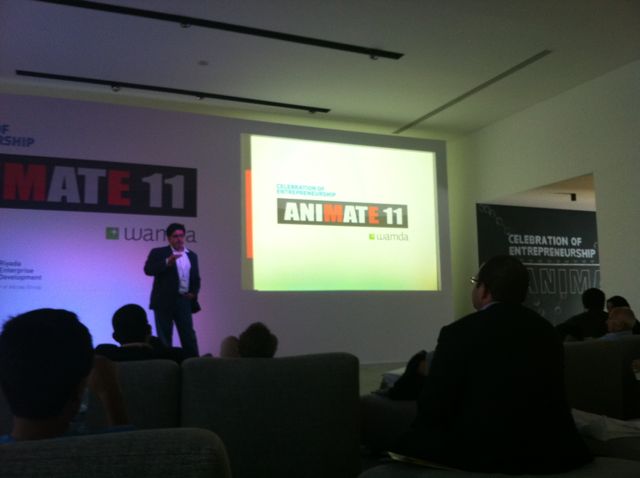 The event also included several workshops and film screenings- you can download the full schedule here. We will post videos of all of the talks, workshops, and screenings, as well as our interviews with speakers and attendees, soon.

See also David Habchy's summary of the event and fantastic photos on Klekeesh.

Until then- for those who attended- we’re curious, what did you like the most? For those who didn’t, what topic would you like to see at the next CoE workshop event?