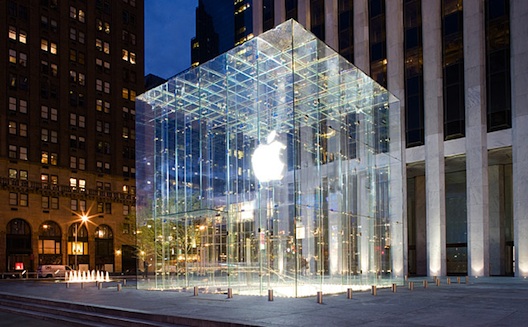 In the wake of Steve Jobs’s death yesterday, the web has flooded with memories of the legendary Apple CEO’s time at the helm. As Stephen Levy at Wired recounts in depth what made him tick, and Chris Taylor at Mashable depicts his tough exterior slowly softening over the years, what we love about Steve Jobs comes into focus.

It’s not just his larger-than-life achievements at Apple, turning computers and phones from bricks to art, while molding the most valuable company in the world. Nor just the bar set by his unyielding drive and canny vision- it’s Jobs’s utter humanness that makes him an icon. His passion and verve once cost him his company. His harshness occasionally alienated employees— while his standards inspired them. His rigor never ceased as his ability to walk around in jean shorts brought smiles to journalists’ faces.

Jordanian entrepreneur Gaith Kawar, the co-founder of design agency Zero3Digital, and game development studio TakTek Games, affirmed this vision of Jobs based on his time working at Apple from 2004 to early 2007. As he worked training employees to teach customers about technical design software, he realized that ultimately, he was the trainee. Apple transformed his vision of how people innovate together, and taught him that under Steve Jobs, the union of opposites made magic.

This is his story.

How did the culture at Apple influence you?

It was life-changing. I learned so much simply about how to think. The deep knowledge that I gained wasn’t as much about the technical side of design- it was on a more strategic level. I learned how to plan, how to communicate, how to pay attention to detail. There was no other place I could've gotten that kind of influence and mentoring. Most of my time there I was, in a way, learning more than I was working. When I came out I was wired differently.

What was so unique about the culture at Apple?

I realized right from the start that everything was different at Apple. The interview process involved not just my superiors, but my peers and those who would work under me as well. The woman who became my manager explained to me, “Imagine that Apple is a big jigsaw puzzle. We have 11,000 employees (at the time), but one piece is missing. But if you’re not a 100% fit, you’re not getting hired. We will wait as long as we have to in order to find the right person.” I realized that it was a very particular culture, with a unique sense of comraderie.

How did Steve Jobs's personal vision set the tone for the culture?

When I was there, Apple has a very laid-back, hippie culture. It’s still that way. Everyone there is a little bit weird and goes slightly against the grain. But it’s an incredibly professional atmosphere. Some Fridays there would be an all-afternoon party, but on Monday, everyone would be there by 9am building all kinds of crazy new things.

Of course Steve Jobs had a lot to do with that- he was a hippie himself. He was always walking around in shorts and flip-flops. But when it came to serious stuff, he could be extremely harsh. At the same time, he was also a mentor to everyone. When it came to vetting new potential ideas, sometimes he would send someone a direct email saying "This is a terrible idea, why did you think of it?" and other times, he would say, "That's a great idea, stop by my office tomorrow."

So there was always this union of opposites. The dynamic was, "Don't you dare mess up," but you were also supposed to do things that had never been done before.

How do you think Apple’s culture will change without him?

It’s easy to fall into thinking that Apple is mostly Steve on stage doing magic tricks. But I personally don’t think that the absence of Steve Jobs is the end of Apple at all. Steve’s presence was felt all across Apple, but it wasn’t a one-man show. That image doesn’t give credit where credit is due; every single person that I met at Apple was a superstar.

For instance, one day at lunch I asked a some random guy what he was working on. "I have to invent the smallest computer in the world in six months,” he said (or something like six months- I remember it being a short timeframe). He then put up an internal announcement, and 5 or 6 people volunteered their time over and above their regular work. In a matter of months, they created the Mac Mini, setting records. This guy just had a drive. That’s just one example- it was not all dictated by Steve.

How did your time at Apple affect the way you created your startups?

The most important thing that I learned at Apple, aside from the fact that print was, really, truly dead, was how to set up a company. I learned how to create effective teams and horizontal workflows that empower workers rather than build too much hierarchy. At both Zero3Digital and TakTek Games, which I founded in 2008 and 2010, I’m trying to instill attention to detail in the culture and duplicate the structure I saw at Apple, emphasizing that everyone on a team owns the project together. We’ll continue building this culture as we expand regionally over the next year.

Is it difficult to create this structure in Jordan?

It is. Many employees here come from companies with traditional management systems where this guy always has to report to that guy. And people here are obsessed with titles. Telling someone that he is a team leader might make him think he is more powerful. I have to train my employees to get them to understand that they are all in it together, and everyone is responsible when a product is late. I’m trying to get people to disengage from the idea that can just go from A to B and their job ends there. It's a matter of changing how people think, just as Apple did for me.