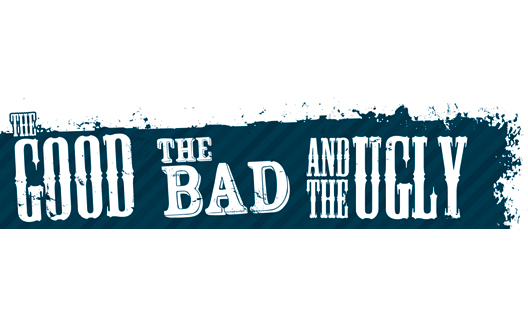 When I tell people that I make a living by helping companies in Saudi Arabia become more responsible towards their communities and the public at large, they mostly assume that I am a hopeless idealist. The general perception is that companies in Saudi Arabia don’t really care about being responsible. The rumors are widespread of sponsors mistreating expat employees, companies exploiting a monopolistic position, or disregarding customers.

Yet having worked with mostly Saudi companies over the past three years, I know better.  It’s true that the corporate culture here is far from ideal, but some local companies have made impressive moves towards sustainable development over the past few years. Here I’ll give you below my honest take on the Corporate Social Responsibility (CSR) landscape in KSA.

The good news is that a strong and deeply embedded culture of giving already exists in the corporate sector, especially in family-owned businesses with separate charity offices and family constitutions that define how the funds will be used for community welfare.  The social infrastructure is mainly driven by cultural and religious causes, a fact that fosters a culture conducive for philanthropy. Company leadership has been spending huge amounts on charity for so long that now making the business case for CSR is about swaying them from their well-trodden path of ad hoc community initiatives towards strategic CSR, rather than convincing them to spend money in the first place.

The landscape is ready for strategic CSR, with consulting companies eager to help businesses take the leap, a public sector ready to support the spread of CSR, and plenty of other socially responsible business opportunities. According to the Harvard Kennedy School and SAGIA Report on CSR in Saudi Arabia and Globally, Saudi Arabia ranked 16th (of 181 economies) in the World Bank’s 2009 Ease of Doing Business index, 27th (of 134 economies) in the World Economic Forum’s 2008-2009 Global Competitiveness Index. It’s also the top foreign direct investment destination for the Arab world, per the United Nations Conference on Trade & Development (UNCTAD) World Investment Report.

CSR has been misinterpreted as charity for so long that general perception of what it entails, in mind of the Saudi public, is far from the reality of what responsible business involves. This lack of understanding has slowed the spread of CSR, with companies focusing on one-off community initiatives in an effort to appease the general public. Why should a company bother with a full CSR strategy when others get such positive media coverage by cleaning the beach once every three months?

Then, there is the role of government in the CSR agenda. While different ministries at different governmental levels deal with CSR, there is a need for a more strategic governmental umbrella for CSR that encourages, incentivizes and supports companies considering making the leap.

Last but not the least is the non-existent role of consumer-driven CSR. The consumer in KSA is woefully unaware of the implications of irresponsible business practices, so purchasing decisions are solely based on price or, at the very least, value for money. The only industries where the consumer is not as price-sensitive are the healthcare and education industry. This is currently an impediment to the spread of CSR, as many companies do not see the tangible business benefits of being more responsible.

The archenemies of any well-meaning company are the ugly aspects of CSR in the kingdom. First and foremost is business-related corruption. Although the data on corporate corruption in KSA is not publically available, Transparency International gave Saudi Arabia a score of 4.7 (on a scale from 0 to 10 where 0 is "highly corrupt" and 10 is "highly clean") in its 2010 Corruption Perceptions Index.  This index reveals not only the risks involved in doing business in Saudi Arabia, but also the limits on the nation’s ability to attract foreign investment.

Another prominent issue in Saudi corporate culture is the treatment of labor force by local companies. From health and safety issues, to decent wages, to basic human rights, we occasionally see complete disregard of labor standards. While the government has taken strict notice of all incidents, and formal inquiries have been launched at the government level, the responsibility also lies with companies themselves, who have yet to assume prominent roles in tackling these issues and encouraging transparency.

Yet despite all of the above issues or perhaps because of them, the kingdom offers huge potential for good CSR and sustainability practices. Yes, there are challenges and it is definitely an uphill task, but we are seeing companies who accept their local realities, yet are eager to explore the terrain of CSR in the Kingdom and create truly strategic programs. We will likely be seeing a lot more of the Good in the years to come and then we will have to find some other topic of perpetual annoyance for our dinner table discussions…. spouses maybe?