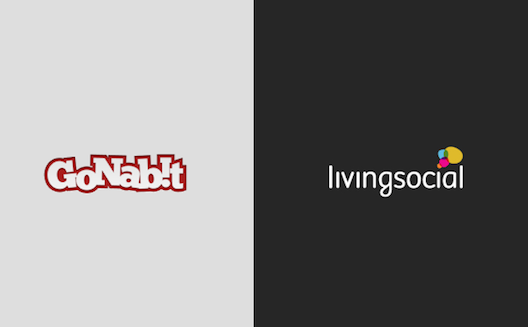 In the aftermath of the news that LivingSocial is leaving the MENA region, many have reflected this weekend on what this means for e-commerce in the region and the daily deals sector globally.

Entrepreneurs may look to learn lessons from the cautionary tale, yet signs point to the primary issues not being internal to the GoNabit team. The company was profitable when it was acquired in September of last year, and was seen to validate the market by demonstrating that users would flock to what was initially a credit-card-only e-commerce site. GoNabit ran the the highest revenue deal in the region, collecting $1.2 million in revenue over a 10 days for a deal with Banyan Tree, and also ran the highest volume deal in the region, selling 15,000 vouchers over 10 days for a deal with Grand Cinemas.

The company also initially validated online travel in the Middle East by selling over 15,000 room nights on GoNabit Getaways/LivingSocial Escapes, paving the way for competitors to open travel verticals.

For many looking back, it seems to an unfortunate story of a global company testing an emerging market that it may not have been prepared to address over the longer term.

"In my view, this looks more like a classical story of a company coming to the region just to show growth for its shareholders before going public," said Fadi Ghandour, CEO of Aramex and Chairman of the Board at Wamda. "If they were a bit patient, they would have capitalized on the great brand GoNabit built, and the excellent team they had. So this tale is not about e-commerce in the Arab World, which is thriving, it is about LivingSocial not following through on their commitment to the region."

"It reminds me of the early Aramex days... I am happy we never sold to anyone," he previously wrote in the article's comment section, alluding to the fact that even one of the region's most successful companies took time to build.

Wamda CEO Habib Haddad also pointed to a potential incompatibility of regional market character and global strategy. "Dan and Sohrab built a great company, and, despite some of the inherit flaws in the daily deals business model, they were able to maneuver the market quite well. After the acquisition of LivingSocial, I think there was pressure on GoNabit to grow much faster and that is a very delicate game to play in emerging markets where patience and long term sustainability are key. It's unfortunate to see this happen at a time when e-commerce is booming in the region, but it is part of a healthy ecosystem cycle, and I am sure a new wave of entrepreneurs will be born from Dan and Sohrab's team."

Chris Schroeder, who served as CEO of HealthCentral until its successful sale, now also a member of the Wamda Board, commented, "GoNabit was a great company with a great team, first to market LivingSocial was smart to buy them. But integrating a great innovator 6,000 miles away even led by great entrepreneurs isn't easy. It's a sign of the Middle East ecosystem's growing strength that so many competitors were spawned, yet in the face of the opportunity, LivingSocial appears to have chosen to hone in its strategy elsewhere. For me the only real exciting question is what Dan and his team will do next."

Youssef Tazi, the Director Manager at the Morocco branch of global media agency OMD, pointed out that the move echoed Groupon's earlier failure in Morocco. "It's sad to find out that they didn't take the time to learn more about the region," he wrote in the comments. "It reminds me the arrival of Groupon.ma in Morocco, when all thought at the beginning that they going to buy one of the Moroccan Daily deals start ups, but [in] the end they [decided to] have an office in Morocco only to manage deals for Europe."

Despite the raft of similar products, some were clearly loyal to the brand. "They were the only ones who had a quality product. Sad stuff!" said Sajid Ismail of University of Wollongong Dubai on Facebook.

"They should have shown the patience to see the big show coming in future. They did an early entry and early exit. They simply don't know how much we loved them," said Mark Cijo, co-founder of Dubai-based web marketing and development company Brawnycode.

Others pointed to the failure of the model in general. Ahmad Al-Nounou from Toronto, Canada summed it up well: "Well if we look at the bright side, their exit is healthy. It provides for another study case that future entrepreneurs can learn from. This would result in future deal companies opening up with better and more responsive business models."

For now, the tale is a good warning to entrepreneurs to again think twice before taking on investment or selling their company, and to consider whether the entities involved will enter with a good, solid strategy that can build the company and the broader ecosystem.