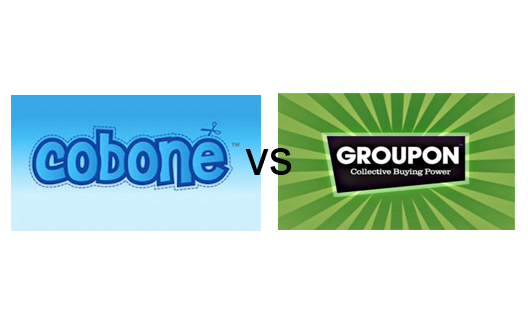 Co-founder Paul Kenny remains with the company. Hazoughi has not confirmed the reasons for his departure, nor would he comment when reached today, but Kenny says that Hazoughi simply moved on. "We were extremely happy with Henry, and he moved on to focus on other projects."

Recent rumors of possible closure have also dogged Groupon UAE, but, says CEO Alexander Kappes, the company, to the contrary, is plotting an aggressive expansion strategy throughout the Middle East region. It will expand likely to the GCC first, says Arabian Business, and it plans to launch an Arabic site within days, bringing mobile deals service Groupon Now! and its targeted SmartDeals into the Arab World in the future.

Six months to a year ago, you would never have guessed that Groupon- the originator of the daily deals model, after all- would be poised to take over the Middle East market. Last last year, the Dubai arm of the Silicon Valley-based company faced heavy backlash from furious consumers complaining about late delivery times for coupons, which led to investigation by Dubai business authorities in March this year.

As Groupon increasingly focuses on emerging markets, however, reshuffling upper management worldwide, its local branch seems to have ironed out customer satisfaction issues and now owns 50% of the market share, says Kappes. It sells around 1,500 to 2,000 deals a day, mostly under $40. It also recently hit the 2.5 million subscriber mark.

"Many of the Groupon clones in the market are following the wrong strategy," Kappes commented. "It looks easy, but others haven't really understood how to make the model successful."

Groupon UAE's edge, he says, is in the consumer behavior intelligence that it offers its clients. Yet surely LivingSocial, Cobone, and any daily deals site hoping to live past tomorrow have been offering their clients consumer behavior data; perhaps the devil is in the details.

In any case, it will open a new era indeed in the daily deals saga if Groupon can successfully crack emerging markets. Groupon's stock price is now trading at $5.47 at time of print, still down over 70% from its initial offering price of $20, so it has a ways to go before it will be pleasing investors, but expansion seems the route to salvation.

When it comes to expanding in the Middle East, challenges remain; the company only operates in the UAE and does not offer cash on delivery, rather focusing on offering PayPal as well as prepaid card service CashU (a Jabbar company). Just as Cobone and LivingSocial did, it will likely have to sort out COD as it expands into Saudi and Egypt.

The fates of both Cobone and Groupon UAE remain to be seen, and clearly the policies of all three of these companies, including the late LivingSocial, have been subject to the decision-making of their parent entities, so it's tough to know exactly how much control their CEOs have.

As for the fate of Cobone, we'll know more soon. At the very least, something seems to be swirling at Jabbar. When it comes to the gossip, don't believe all of it, says Kenny. "I think this year has been the most interesting in tech in MENA," he remarks wryly.