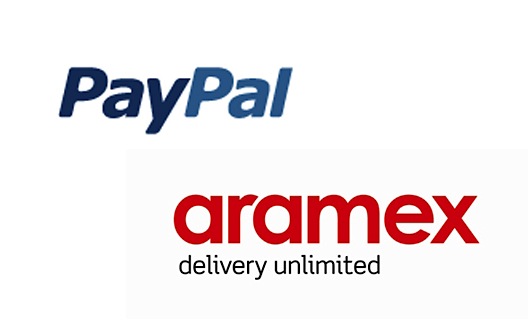 PayPal, which is already an active payment platform in the region, has announced the official launch of its operations in the Middle East today, by signing an agreement with Aramex to support Shop & Ship, a platform for buying products overseas.

The goal is to help consumers with more convenient and secure options when shopping online, said Elias Ghanem, Managing Director of PayPal Middle East and North Africa. “Consumers in the Middle East have two problems when they shop internationally: firstly, their card is often not accepted. This problem is solved by linking the card to a PayPal account. Secondly, they have difficulties shipping to their domestic address. By integrating with Shop & Ship, shoppers can also receive an address in the U.S., U.K., or China. “

PayPal’s integration with Shop & Ship demonstrates the platform’s commitment to the Middle East and North Africa, says Ghanem. “We have over 1 million consumers using PayPal in the region, and we will be expanding our footprint here.” The platform will also invite its 117 million active PayPal consumers to transact with MENA merchants.

Having recently enabled four new markets- Saudi Arabia, Jordan, Bahrain, and Oman- PayPal currently offers full functionality in 7 countries (the Gulf plus Jordan). This means consumers can open up a PayPal account and send funds directly, while merchants can also open up merchant accounts and receive funds locally. In Morocco, Tunisia, Algeria, and Yemen, only the “Send” functionality is available, making it operational for consumers but not merchants. Yet PayPal intends to activate full functionality for these four countries in the near future and expand into Egypt and Lebanon next year, says Ghanem.

It’s not just Aramex that PayPal is partnering with; by integrating with major regional players like Souq, Sukar, Cobone, Namshi, MarkaVIP, and Emirates Airlines, “we’re hoping to have customers use PayPal instead of cash on delivery,” says Ghanem. “The biggest issues we're working on solving are trust and safety.”

It’s a logical step for Aramex, which continues to expand its service for boosting e-commerce in the region. “E-commerce in the Middle East has developed at a phenomenal rate over the past few years, and PayPal’s strategic entry into the region is a clear indication of the boundless potential for the industry in the future,” Hassan Mikail, Head of e-Commerce Services at Aramex, said in a statement.