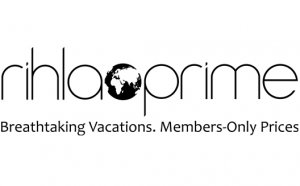 A local version of the same concept set forth by Jetsetter, Gilt Groupe's hotel flash sales site, RihlaPrime offers a choice of over 400 luxury hotels that clients can book anytime. The hotel selection is continuously reviewed by a team of travel experts, who remove hotels that do not maintain a high standard of excellence. "RihlaPrime selects only the world’s best hotels, so that our clients don’t have to do the research", says Hamamdziev.

While other sites such as  YaMsafer offer hotel bookings for all levels, the RihlaPrime co-founders, Hamadziev, along with John Fohr and Marc Meunier, saw a gap in the luxury online travel market in the Middle East and North Africa. "We believe in focusing on a smaller number of customers, but curating the product to address their specific needs," while also making luxury hotels more available to a larger audience by offering discounts, says Hamamdziev.

The site has been in development for awhile now, yet it makes sense to target travel; at least in the daily deals market, it's the most popular category, with 70% of the respondents are highly interested in travel deals according to Cobone.

To focus on the Middle East market, the RihlaPrime team is working hard to curate the offer to the specific needs of travelers in the Middle East, offering everything from luxury getaways in Marrakesh to escapes in Bali, Thailand, Lake Como, and Greece, while offering information about visas and working to develop an Arabic language website.

While the products are high end, the site has started with a lean approach. "When we started in April, we had a very limited advertising budget," says Hamamdziev, and the team relied on word of mouth to spread the deals. The site, initially self-funded by the founders, is free for members and makes its revenue by charging hotels a commission.

After demonstrating interest in the market, the founders raised their first round, and have now just closed a second round, citing one of the most prominent angel investors in the region as their main investor. The investment should allow them to expand throughout the region, after initally focusing on the UAE. Now that they've launched an advertising campaign across the Middle East, they're seeing more customers from all over the region; GCC, Levant and North Africa, says Hamamdziev, who is originally Macedonian.

So far, the site's biggest challenge is one that faces any reward or discount platform. "It is the classic chicken and egg issue," explains Hamamdziev; the site needs to secure good deals first in order to grow the customer base, but it has to gain a critical amount of customers in order to get hotels onboard. It seems like the team has crossed that bridge already by building up its offers this year.

Another challenge is getting potential customers to move away from the traditional travel agent model and go online. "In the west, travel agents have a smaller market share compared to online, whereas in the Middle East a lot of travelers still rely on travel agents," he points out.

And it looks like the team aim to get comfortable in the Middle East before moving to other markets. "The business model itself is very scalable to new markets, but we need to keep our focus to win at home, before we expand," says Hamamdziev.

While travel deals seem to be selling in the Middle East, the viability of the luxury hotel flash sales model itself worldwide be be up for reevaluation, as GiltGroupe put Jetsetter on the market for around $50 million this year. Sources cite difficulties with staff turnover and morale, so issues at Jetsetter may be more about execution than the model itself, but its fate will either mark the failure of a model or perhaps a greater opportunity for those tackling emerging markets, like RihlaPrime.