We often hear that it's difficult for women entrepreneurs to found companies- they face social stigma as founders, or they have difficulty being taken seriously as leaders.

Yet sometimes, these challenges aren't unique to being a woman; they could strike any entrepreneur. When Maha first launched a children’s teaching program in rural Morocco, authorities didn’t take her seriously- they thought she was “too young.” Amira still has a hard time finding competent employees for her NGO in Egypt, while Afnan in Jordan has suffered through a lack of technological support to build a mobile human heater. Yet all three of these women are overcoming these challenges to transform the way that people learn, rebuild societies, and build tech innovations. 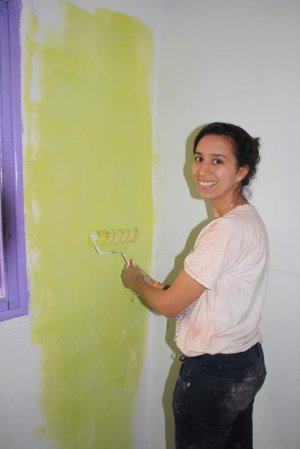 Seeing the widening developmental gap between Moroccan rural and urban areas, Maha Laziri felt an urge to look beyond city life and contribute to building new schools where children could benefit from education that included entertainment. Maha also decided to make contact with village schools in order to negotiate adding recreational hours to their curriculum. “I feel my own personal wounds closing when I do that,” she says proudly.

Despite her enthusiasm, her road was not straightforward. Barely 20 years old when she developed her idea, she wasn't old enough to deal independently with official parties or NGOs; rather, she had to turn to her father. Fortunately, he was very supportive; today, with the help of 10 team members and many volunteers, she has been able to rebuild a primary school in Ichbaken, a village in the Atlas Mountains. She continues to focus on improving education in terms of school buildings or curricula.

Now, as she continues to focus on improving education curricula in Morocco's schools, she's found that the way forward is through gaining the trust of local communities and parents. “These marginalized communities keep hearing empty promises, so their responsiveness to new projects is very slow. But once we advised them that we would have to return the funding if the project was not completed on time, and they saw our commitment, the excitement began,” Maha explained. Better education also means that Morocco's youth will be better equipped to build new businesses and contribute to economic growth.

In Egypt, several NGOs are in place, ready to help rebuild infrastructure following the revolution, but often, civil society organizations simply don't communicate will with citizens, or each other, says Amira Salah, the founder of Kherna.com.

In January 2011, she and two of her colleagues quit their jobs in e-marketing to found a crowdsourced mobile app company called Social Fruits, which gave birth to their first non-profit project, social network Kherna. Kherna is designed to facilitate charity and developmental work by connecting organizations, volunteers and donors.

It was difficult to find the right talent in a post-revolution context, she says. “We spent a long time setting up the team because it’s so hard to find equally competent, engaged and excited employees, ready to invest all their power and ability into making this project a success story.” Yet she persevered in creating a unique work culture that preserves the traditions of every entity involved.

To help NGOs and civil society organizations define the issues they are tackling and leverage local communities, Kherna provides statistical information on volunteering in Egypt, and they work with a group of Egyptian organizations in the U.S. to help develop legislation that can further create economic growth in Egypt and support young ventures. 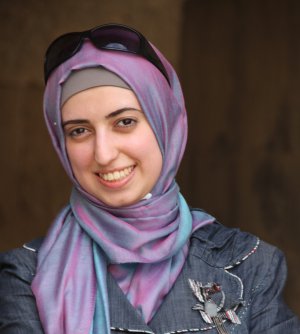 In Jordan, Afnan, an electrical engineer, is working to create a different kind of infrastructure, building new hardware products to boost the country's medical sector. Specifically, she created a mobile personal heater that consists of thin adaptable plates that can be placed directly on the body to transfer heat consistently in any environment.

Built with a rechargeable battery, the device can be used in a medical context to stimulate blood circulation, relieve muscles, and alleviate hypothermia or infections where a patient might feel cold. After signing an agreement with a buyer in Saudi Arabia, Ali had trouble finding manufacturers in Jordan with the appropriate experience and expertise, and decided to outsource production to China.

Despite winning several prizes, including the Queen Rania National Entrepreneurship Competition, she still hasn't secured the investment she needs to scale manufacturing. Local investorsprefer to invest in software rather than industrial manufacturing, she says, because it is perceived as high risk. She hopes to change this perception, and opportunities for tech entrepreneurs, by launching a technology education academy that will help Arab youth develop their creativity and turn innovative ideas into products.

For each of these women, being an Arab woman alone was not necessarily a challenge, but as they overhaul antiquated systems and push for change, they stand as role models for fellow female entrepreneurs, demonstrating that the best way around a roadblock- whether economic, political, or personal- is to look for alternative solutions and not be afraid to create something completely new.