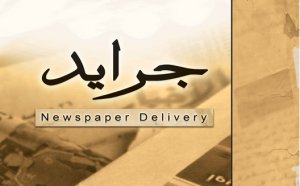 Sometimes a lack of money is the reason behind the failure of a certain project; other times a moment of cultural disconnect might be a direct cause, as cultural traditions cause the downfall of a good idea.

In the case of Jarayed, a newspaper distribution company in Egypt, it was the latter. Just over a year after its launch, it was close to breaking even, a difficult feat in print media. Yet a lack of fair competition caused the seemingly surefire success to close abruptly last March, leaving it bereft without boots on the ground to deliver.

The distribution company launched in January 2011, right during the revolutionary period, in Maadi, a relatively well-off residential neighborhood in  Southern Cairo, with the promise of regular delivery between 6 and 9 am every morning. Where regular delivery was lacking, especially in Cairo's newer residential neighborhoods (Zahraa, Nirco, Maadi Heights, Miiraj and the Roundabout), Jarayed promised consistency.

In the beginning, the idea was to start a goods delivery company, like local service Mashaweer, says founder Mohammad Naji, an architect and contractor by training. To differentiate itself, Jarayed, which means "newspaper", began focusing on delivering local, Arab and even international newspapers and magazines on a daily basis, wrapped in a plastic case. Instead of only subscribing to one newspaper, customers could now fill out a form with Jarayed to specify their preferences for the week.

Jarayed would pick up the various publications from the Distribution Department of local newspaper Al Ahram Daily, which works as a distribution center for international publications as well as its own. While individuals would often come and sign up to deliver newspapers, Jarayed was the first incorporated company to do so. It quickly became a reader favorite, even for those residing in areas where papers are readily available, like Maadi's Street 9, as clients seemed to prefer the convenience of ordering bundles. 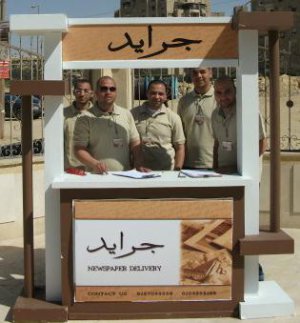 Jarayed had reached 800 subscribers and was ordering around a thousand newspapers daily before the , the company's main supplier, breached their agreement.

The problem began when individual newpaper deliverymen began complaining that Jarayed was causing a significant dent in their work. Then, according to Naji, Al Ahram began intentionally failing to provide some newspapers and delaying the delivery of some orders, costing Jarayed its signature punctuality.

When Jarayed came to discuss the matter with Al Ahram, they sympathized with the plight of these workers, but were told to “try to find a compromise or a deal with the sellers” so as not to jeopardize their livelihood.

Naji considered employing them directly, but the difficulty was that these sellers weren’t typically punctual, he says; they often would not commit to a time or prioritize customer preferences. Depending upon them, he thought, would compromise Jarayed's value as the fastest newspaper provider with the best service.

Before closing down the business, Naji and his two other partners considered downsizing the business, eliminating customer fees and perhaps just monetizing by distributing ad flyers inside their daily newspaper bundles, in specific neighborhoods. “We could have guaranteed any commercial entity in Maadi an enormous marketing opportunity if we could have grown a bit larger," he says. "But we needed to reach 5000 subscribers, because that’s the smallest order of flyers that an ad company will print.”

If the company had not closed, Naji would have hoped to build it into the number one delivery company in Egypt, delivering anything, anywhere. This concept exists in other countries like Turkey, and in Egypt, it would be particularly useful for clients looking for fresh healthy food every morning.