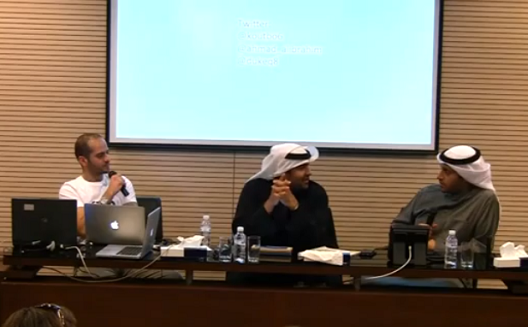 At the 4th StartupQ8 gathering a couple of weeks ago, entrepreneurs gathered in Kuwait City to discuss the secrets of building a tech startup and learn from the success of Kuwaiti gaming startup Koutbo6.com.

In the first talk, Burhan Khalid, the Development Manager at Ahli United Bank presented the secrets that every IT founder must know.

One major trend that Khalid pointed out was the fact that, oddly, Kuwaiti entrepreneurs often outsource their website development at their tech startups. He recommended instead recruiting a cofounder with a technical background to keep web development in-house.

His top five mistakes that IT founders make include:

He encouraged entrepreneurs to separate their problems into three areas: the code, the data, and the front end, and spend money on them in that order. He then listed 7 key website metrics that entrepreneurs should focus on, and encouraged them to use open source tools and proven technology stacks.

Finally, he advised entrepreneurs on how to hire good IT talent.

Below is his full presentation and full talk, both chock full of advice:


In the second talk, Ahmad Al-Ibrahim and Hamad AlMarzouq discussed how they founded Koutbo6.com in 1999 and built it up to be one of the most successful startups in Kuwait, with more than 500,000 registered users on multiple platforms. Their game, Kout B06, remains the most popular, but they've also entered the Saudi market with "Balot."

In their talk, they revealed that:

View their introductory slideshare and talk below:

At the conclusion of the event, some participants requested that the next monthly event be less tech focused, thus we agreed to make the next StartupQ8 about design. I hope to see some more new faces at StartupQ8 Round 5 on February 18!