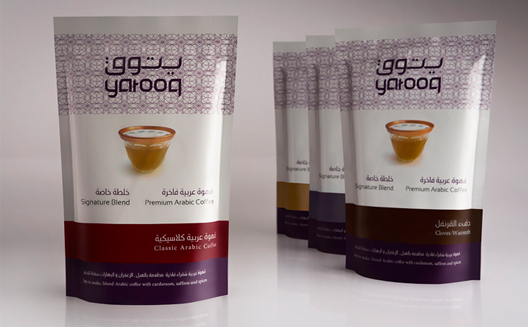 Making Arabic coffee is a complicated and delicate process. The coffee beans must be properly roasted, ground, brewed, then boiled before serving. In an attempt to smooth the process, Saudi entrepreneur Lateefa Alwaalan founded Yatooq in July 2012 to produce and sell boxes of instant Arabic coffee. As Alwaalan explains, Yatooq means “longing” in English because coffee is often craved or desired.

This isn’t Alwaalan’s first entrepreneurial experience; she led the team that won the first prize at this year’s Startup Weekend Riyadh where they launched mobile app Makadina, which lets users share their recent purchases with their friends on their smartphone. The team and idea were even incubated at the Badir Program for Technology Incubators. She is also a founding member of the CellA network which is non-profit online platform that helps women professionals in Saudi Arabia to stay connected and network.

With a passion for Arabic coffee, and recognizing the difficulty people often have in preparing it correctly, Alwaalan who is also a computer programmer, decided to invest her technical background into coffee production. “I love the blond Arabic coffee with spices, but preparing it is very difficult. It requires a lot of time and tools; mastering it takes practice. That’s why we launched Yatooq, to provide solutions for preparing luxurious Arabic coffee,” she says.

Since their launch, Yatooq has opened up their own office, lab and factory in Riyadh where they prepare all of the coffee, relying on local suppliers to provide all the basic ingredients and equipment. Their products are available online and can also be purchased via phone, other distributors and nine different retail stores.

Today, with 5 full-time and 3 part-time employees, Yatooq is developing an automatic coffee maker, similar to the popular Keurig machines. The company has been working on a prototype since mid-2011 and the first model is set to launch this month 2013. Alwaalan hopes that this will become the new way people across the region make real Arabic coffee. She has also invested in creating a production line in Asia to manufacture the machines.

The real question for Alwaalan will be whether Saudi society will give up their attachment to the tradition of homemade Arabic. But she’s an optimist, “Maybe the future will reveal things that people have been waiting for this.”

Although Yatooq has relied on initial investment by a few individuals, the team is currently looking to increase revenues to become self-sustainable. But the company is still a startup and faces difficulties in selling products through big outlets that are charging them high fees for better shelf placement. It’s an uphill battle, but Alwaalan is pushing forward to manufacture the coffee makers and specialty coffee.

Alwaalan says that one of the biggest obstacles she has faced is that “the Ministry of Commerce forces any woman opening a company to have a male director as a necessary condition. I also didn’t have any employees when I started, which I needed just to handle all of the governmental procedures for starting a business."

Alwaalan believes that the presence of women in Saudi working spaces raises a lot of questions marks, especially in fields like sales that are heavily dominated by men. “One of the governmental agencies refused to welcome me and my employees insisted that I send my brother or father to explain my project.” But she tends to think that things are going to change for the better after the enactment of a 20015 law that provides fairer work conditions for women in the Saudi private sector.

She doesn’t consider current difficulties as insurmountable either. “To be honest, being a woman opened lots of doors for me, or at least that’s how I see it! The only obstacle for a person, whether woman or man, is themself.” Support from her family and friends has also helped her keep up her optimism; she describes their role as “essential” to get through the challenges she faces as an entrepreneur.