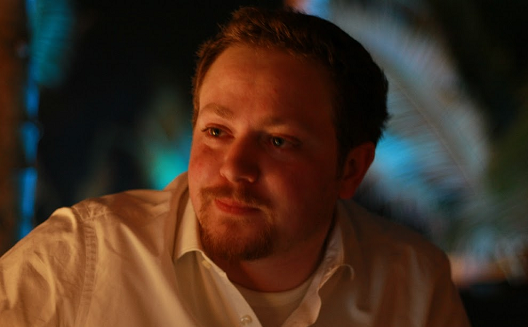 Zaid Farekh is as Jordanian as Mansaf. Born, bred and schooled in Jordan, he's a hardworking man from a hard working family. Before he had even reached his mid-teens, his father and eldest brother passed away, leaving his mother to care for him and his five siblings. Clearly, she excelled. At her mere mention, Zaid is very quick to say that practically everything good about him is there because of her.

What this young, very innovative, risk-taking entrepreneur does, is what the future of Jordan - of the Arab world, for that matter - should look like.

A software developer, Zaid started his first business with friends when he was still a freshman at college. By his 22nd birthday, he had already built himself a thriving if small freelance web development business, winning a UNHCR contract. So, while studying and freelancing, Zaid had, in effect, helped construct the tech backbone of several Jordanian startups, among them Mealadvisors.com, DaribniTV.com, tipntag.com, various mobile apps for iFood.jo, and a major global SME platform AllWorldXchange. This he did while shuttling between Amman, Karak and New Delhi.

You see, at the age of 24 with savings in hand, Zaid had decided to pack his bags and go to New Delhi, India. Thinking cost is lower there, Zaid wanted to build a lean outsourcing software development outfit to serve Arab companies. He slogged it out for long months in scrappy office space dealing with Indian tech groupies, but in the end lost all his investment. He shut down the operation and came back home to start all over again.

And that he did! He got accepted at a two-week MIT compressed course on systems engineering and architecture attended by major software gurus, and then went straight back to work.

Zaid is back on his feet with a great new startup focusing on small and medium size companies, called SMEStack. Barely in his late twenties, he already has 10 years of trial and error under his belt, and he knows the Jordan tech and geek scene like no other.

The Arab world is home to some of the richest natural resources on earth, but none quite measure up against Zaid. He is homegrown, depends on brainpower, evolves, develops and builds new things all the time. He uses cheap technology, taps into friends like him, employs people and creates new wealth. What's more, Zaid may be precious but he is not rare. And he is our future.

If you are looking to turn the Arab youth bulge into a dividend, then Zaid is your role model. He is certainly mine. Empowered, skilled, always seeking knowledge, he is the can-do man: hardworking, refuses to give up, always seeks solutions, does not wait for the state and shoulders his responsibilities without any complaint...

Every time I think of the politics and economics of the Arab uprisings, I find myself, first and foremost, thinking of Zaid.