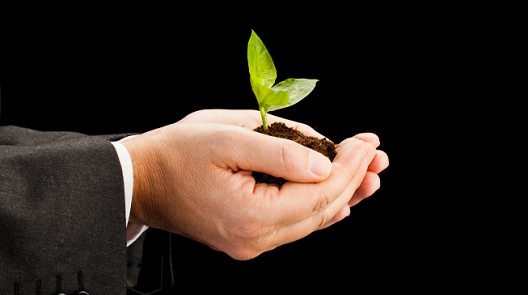 Cross-posted and adapted from the original version published on Techies.pk on March 20, 2013.

There is no doubt that the internet has leveled the playing field when it comes to reaching out and marketing a consumer internet service to a worldwide audience. The pervasive use of smartphones and handheld devices has further broadened the reach of these online services. Even business internet service providers like my friend Girish Mathrubootham’s India-based FreshDesk are thriving thanks to the internet’s equalizing power.

To a person who is consuming an internet service like Facebook through a 17 inch window at home connected to the computer, the only thing that matters is good value packaged in a great user experience. Consumers of online services usually don’t care whether the company providing the service is based in Palo Alto, California or Cheechon Ki Maliaan in Pakistan.

For tech businesses, being located near the consumer just doesn’t matter much anymore. Even Fortune 500 companies nowadays are using customer care call centers in remote parts of the world to service their customers.

But as startups in developing countries begin to gain traction and want to scale the business, the need for capital arises. This is where most come to the realization that the playing field is no longer level. Access to venture capital or angel investments in developing countries is a huge problem regardless of the growth stage a tech business is in.

Technology companies in this part of the world, already standing at the brink of Geoffrey Moore’s Technology Adoption lifecycle ‘chasm’ often find that the chasm is wider and deeper due to lack of access to funds.

There are several reasons for this and I try to pen some below based on discussions with several local and international investors and my personal experience of working in both Silicon Valley and Pakistan.

At the end of the day, Venture Capital or angel investing is a numbers game. Regardless of the savvy, experience and past track record of the investors, every new investment, despite the due diligence that goes into it, is basically a high risk move because there are just too many variables at play that determine the success or failure of a startup.

In order to hedge their bets, investors typically look for a market where there is a large pool of good companies to select from so they can make investments in several companies, ideally across industries if it’s not a tech focused fund. Pakistan and other developing markets lack this deal liquidity and hence fail to attract local investors. International funds with a wide regional focus can diversify their investments by tapping the deal liquidity across country boundaries, but they need awareness of the local deals and some show of support from local investors – topics covered separately below.

India based Global Superangels Forum fund and accelerator is a great example of a local effort getting support from world renowned 500 Startups and Europe’s Seedcamp.

Shrinking the risk appetite of investors and fund managers

Most VCs will tell you that less than a third of their investments have had a decent exit. Up until a couple years ago, 10 year returns of VC funds averaged -4.6% (yes that’s negative 4.6%) which barely recovered to a low IRR of 5.3% by middle of 2012.

There has been mounting pressure from LPs (Limited Partners that actually put money in Venture Capital funds) on GPs (General Partners that manage the fund) to increase the returns on their investments. Private angel investors are wary of these historical returns as well and know that tech investments are an even higher risk.

All this has resulted in VCs and angel investors flocking to ‘safer’ markets and investing with a herd mentality along with other investors. The country, security and geo-political risks (some real and most perceived) associated with developing countries like Pakistan tend to ward off investors who do try to break away from the herd.

But that herd-based, seemingly ‘safe bets’ approach, comes at a price. First of all, as investors converge to fewer markets, the deals naturally become more expensive due to increased demand.

Secondly, the investments become subject to macroeconomic conditions of the ‘safe’ markets like the United States and United Kingdom. Besides, investors will soon realize that it goes against the spirit of venture capital which is to make high risk, high return early investments while fostering innovation and diversity.

A few investors like Rocket’s Samwer brothers’ with their 150 Million Euros Global Founders Fund are sure to break away from the herd and realize the potential that lies in budding entrepreneurs in the developing countries who are second to none in innovation, drive, passion and resourcefulness, and are diligently working to grow their companies despite the odds stacked against them.

Even though good global investors and funds actively seek out deals in the countries that comprise their focus region, countries like India and China often trump the startups in the Middle East and Pakistan when it comes to making their presence known. Traditional press and online media rarely cover the upcoming, promising businesses, particularly when companies are tech focused. Specialized, regional and entrepreneurship focused blogs like Wamda are doing their part, but entrepreneurs themselves need to write more about themselves and their companies and invest some of their friends and family’s seed money in promoting their businesses through websites and online blogs. I hardly see local founders attend any conferences or converge at regional meet-ups and mix-ins to see what’s going on outside their company.

I generally attribute this to the introvert nature of most promising entrepreneurs I run into here in Pakistan and their subscription to something I call the ‘stealth mode startup’ mantra. But gradual exposure to experienced mentors and access to international conferences via tools like Google Hangout are slowly bringing about the change necessary to address this issue. Mainstream media is catching up as well and highlighting local efforts to promote entrepreneurship.

This one is mindboggling to me, but understandably a consequence of doing business in an environment where there is a general lack of trust and a perception of inadequate legislation for protection of intellectual property, and a lack of sufficient case precedence.

Founders, young and old, novice and experienced alike, generally subscribe to this ‘stealth mode startup’ mantra. They don’t like to talk about their businesses, sometimes not even with their mentors or potential investors (I have even run into a few who will withhold critical information about the business model even from prospective investors).

This might be because there is fear of someone else stealing the idea and executing better than them. Despite the fact that the true competitive differentiation of a company is not in the novelty of the idea or product, but in how fast it can continue to execute, evolve and remain innovative.

The second, and more plausible reason, is an ingrained fear of failure. The education system and culture in developing nations like Pakistan generally doesn’t encourage failure. It’s looked down upon instead of as a stepping stone to success.

The single best feature of Silicon Valley, in my opinion, is the culture of not punishing failure and in fact even encouraging it. In order to replicate that elsewhere, it will take time and perseverance on part of investors to stick it out with promising teams over their several reincarnations.

An interesting side effect of this pervasive mindset is that the founders hold equity too dear to engage in meaningful negotiations with equity investors. The preferred mode of capital acquisition by founders is debt, which, needless to say, is not attractive for VCs and angel investors.

This also results in founders usually looking to seek free advice from industry veterans instead of formalizing the relationship either as an adviser or an independent board member; having someone to answer to is looked down upon as an unnecessary constraint. 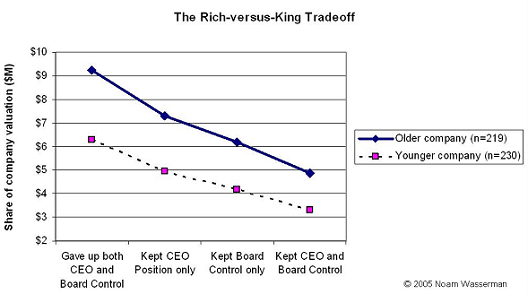 This is something that the entrepreneurs need to address themselves. Experience will teach them eventually, but I am encouraged to already see young enterprising businessmen and women embracing good advice, investors and mentors and choosing to be rich rather than kings.