Karim Jazouani was a pioneer of Morocco’s entrepreneurial scene. As its most active advocate, he both wrote about the Moroccan startup scene – including on Wamda - and actively participated in connecting international players to local innovators. Today, Karim would have celebrated his 35th birthday.

In honor of his life and efforts on behalf of Moroccan entrepreneurship, Wamda has launched an annual prize, recognizing one deserving advocate of the Moroccan startup scene every year on Karim's birthday.

This being the first year, Wamda received several nominations of deserving individuals across Morocco, but we could only award one. In the end, this year's awardee of the Karim Jazouani Prize is Naoufal Chama. 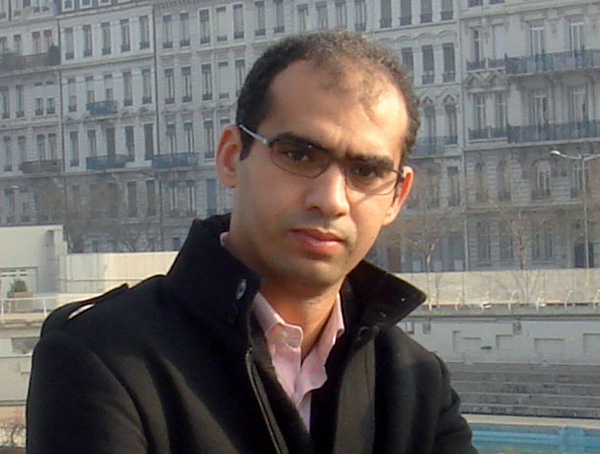 We would also like to recognize the other impressive nominees this year, including:

Kenza Lahlou, a founder of StartupYourLife, a club that is building the startup community, and part of the organization team of AMPA, the American-Moroccan Professionals Association, which strives to build bridges between U.S. and Moroccan professionals.

Youcef es-Skouri is a 19 year-old student who cofounded and manages Evento, an event startup that organized GeekFtour and BeMyApp Weekend. You can follow him on Twitter @Technologix.

Younes Qassimi founded Synergie Media, a web design agency that organized the Maroc Web Awards, a major event in the space of Moroccan web and mobile technology, and launched The Nexties, a Moroccan media portal focusing on startup and geek news. You can follow him on Twitter @yqassimi

Taher Alami is known for his pioneer blog and for naming the Moroccan blog community "Blogoma." He has 17 years of experience in online business, founded AbWeb and Casapplanca, and is often called to be a judge and presenter at tech clubs and think-tanks across the country. You can follow Alami on Twitter @taheralami

Overall, we were very impressed by the quality of this year's nominations and look forward to seeing who follows Karim's example of leadership in the entrepreneruship space in the coming years.