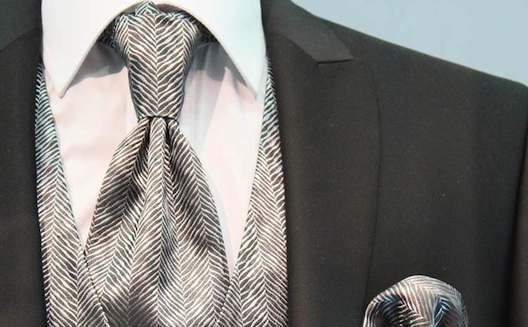 This is an opinion piece written by Kia Davis, who advises startups throughout the Middle East and Africa.

I heard this at a recent tech event in Dubai, quoting Silicon Valley’s Guy Kawasaki, the former Chief Evangelist at Apple. This is a really common view held in Silicon Valley, where MBAs are generally regarded with suspicion, and everyone knows that business school doesn’t teach you how to build startups. Of course, neither do philosophy schools, but there’s no ban on philosophers. As an MBA myself, I find the attitude puzzling.

I don't for a minute believe that an MBA is required for startup success, or that an MBA is always an asset for startups. But I think that the never-hire-MBAs attitude can be the equivalent of founders shooting themselves in the foot.

The same reasons that make this attitude charming in Silicon Valley make it silly in the Middle East and North Africa. Silicon Valley startups are innovation-led above all else; advisors are more than willing to fill the gaps in business knowledge, banks and lawyers sometimes take equity in lieu of fees, and some investors have teams of advisors that help startups with the business side.

Unfortunately for startups in the Arab world, this level of support doesn’t exist yet. The venture capital (VC) community, by its own admission, isn’t actively seeking wild and innovative ideas to form the bulk of its investments. The market isn’t built for viral, instant growth: the US is 300 million relatively high-income English-speaking technophiles, while Arab world is comprised of 300 million socioeconomically-diverse and technologically-varied people who speak many dialects of Arabic (or Turkish, French, Farsi, Urdu, Hindi, etc).

In a region where 'clones' of proven business models are popular, it seems illogical to dismiss out of hand people who have experience in execution. Rocket Internet, the German clone shop, recruits heavily at business schools because of their aggressive focus on execution and speed. The MBA also comes with extensive and powerful networks useful for funding round, landing corporate clients, or leveraging relevant industry experience.

Over the past 4 years, I've mentored dozens of founders across Silicon Valley, Europe, Africa, and the MENA region, and I'm an 'official' mentor with the U.S. State Department's innovation program. I've won, judged, and organized pitching competitions. As a temporary operating executive, I've sat on teams to help companies launch or scale. As a connector, I've matched founders to investors, advisers, customers and partners.

In this region, I meet with founders all the time who lack some of the basic skills for building a business, and that's tough when the local environment doesn't value innovation above all else. Understanding the drivers of pricing and profit can mean the difference between winding down and making it to the next funding round. Wowing investors with your professionalism and preparedness can also tip the scales in your favor.

Using my MBA degree and professional experience, I’ve been able to help startups with investment proposals, pitches, pricing models, distribution models, customer proposals, and sales materials. I’ve explained the investor portfolio decision-making methodology to founders so that they can anticipate questions from investors. I’ve calculated ROI and offered valuation methodologies. I’ve sat in client negotiations and run numbers on a laptop to make sure the final agreement is profitable for the startup. I’ve used my network to connect startups to investors, clients, and event sponsors.  These are things that founders could have learned to do on their own, given enough research and time, but my help has freed them to do what they do best: develop and sell great products.

Of course, there are real risks to adding someone with an MBA to the team without looking at what else they bring to the table. The degree itself is simply not enough to add value to startups, and, if there is a culture clash, the fallout could be significant. For another thing, people with MBAs often have well-paid corporate options as backup plans. In a startup where everyone must sink or swim, having a cushy job as a fallback option could discourage people from sticking it out. Like anyone else, an MBA who joins your team should have the skills, passion, and drive to create startups, and bring the skills you need to achieve this.

There is also a big difference between being an MBA and having an MBA.  My business school class included people who had been COOs of gaming companies in Silicon Valley, had founded and sold software companies to Cisco, and had made millions in the tech boom of the 1990’s. These people did not ‘unlearn’ what it was like to build companies, they added to it. They remain just as entrepreneurial, driven, focused, and innovative as they did when they entered the program, but now with new skills to manage the challenges of a budding business.

The fact that an MBA doesn’t automatically spell doom for a startup can be seen in the major companies that have been started by founders with MBAs, including Git Groupe, Warby Parker, Rent The Runway, Zynga, as well as Namshi, Souqalmal, and Sukar/Desado in the UAE. Top tech people like Apple CEO Tim Cook and Facebook COO Sheryl Sandberg also hold MBAs. Not to mention Guy Kawasaki, the MBA who coined the phrase at the beginning of this article.

I recently had a conversation with a Silicon Valley VC about MBAs vs engineers. He had attended an MBA daylong bootcamp and a hackathon back-to-back, and his biggest observation was that the MBA bootcamp produced ideas that weren’t very innovative but were very feasible, while the hackathon produced ideas that were highly innovative but unlikely to get off the ground. Bringing these two groups together in the right way could be a winning formula for some startups.

Adding an MBA to your team in some capacity isn’t the right decision for everyone. Some of those who ponder innovation have justifiably warned that people with MBAs in startups can create a cultural mismatch, especially if they bring a big-company perspective instead of the nimble and innovative approach startups need. Whatever you do, don’t add someone to the team just because they have an MBA, and without thinking long and hard about what else they bring to the table.

But, as Muhammed Mekki pointed out at Wamda's Mix N' Mentor Dubai event last year, some MBAs can bring valuable relationships and other benefits to startups in the region. In an ecosystem that is still learning how to support startups, swearing off MBAs carte blanche doesn’t make sense.