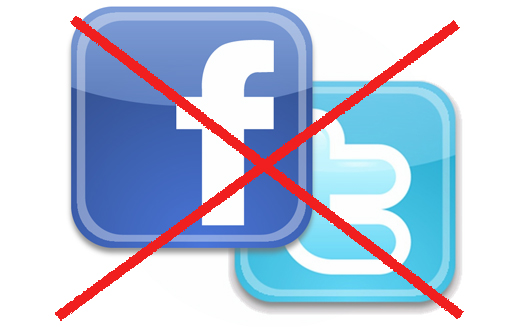 Last night, several social media users reported that Twitter and Facebook were unblocked in Iran, making it possible to post directly to the social networks without using a virtual private network (VPN) for the first time since they were banned during the protests following the country's 2009 elections.

Thomas Erdbrink of the New York Times chronicled the deluge of tweets that followed, posting his own VPN-free tweet: “Hello world, we are tweeting without restrictions from Iran.”

Today, the blocks have been reinstated, with semi-official Mehr news agency reporting that the unblocking was a technical failure that was quickly fixed. Abdolsamad Khorramabadi, the head of the committee that oversees internet censorship, commented that a team has been investigating the issue since midnight, looking into the actions of Iran’s ISPs. Under Article 21, negligence in censorship remains a criminal act, he noted.

However, many, including those we spoke to on the ground, speculate that it was not an accident.

“Personally, I do not consider it a glitch,” said our source. “There has been lots of talk [about] unblocking Facebook and Twitter, and it is one of the major demands of youth [on] the new president.”

“Considering that filtering is back again in office hours [sic], that is a sign that a lobby has been in progress to get approval from some officials in order to close it back again. Technical glitches are usually fixed by 24/7 techies as soon as possible,” the source pointed out.

General consensus is that the Rouhani regime is reconsidering the country's ban on social media, following multiple promises to reduce internet censorship.

Since he took office, several members of his cabinet have set up Facebook pages, the most prolific and controversial of which has been foreign minister Javad Zarif, who, just two weeks ago, posted an earnest argument in English on his Facebook page. The page was then hacked this past Saturday and then restored. He’s also the first Iranian official to have a verified account on Twitter. Thus far, he's only posted in English, but sources have verified that it is, in fact, Zarif posting.

Whether it was a glitch or not, Rouhani's message remains consistent. Early this morning, before the blocks were reinstated, he tweeted, ""Gone are the days when a wall could be built around the country. Today there are no more walls.” - @HassanRouhani, July 2013 #hope #iran 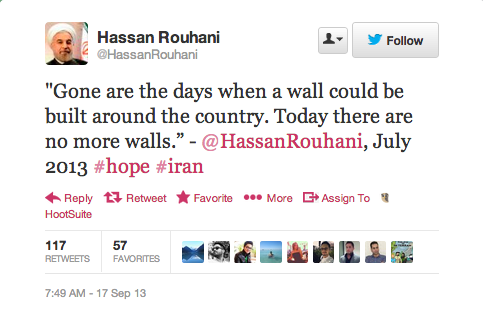