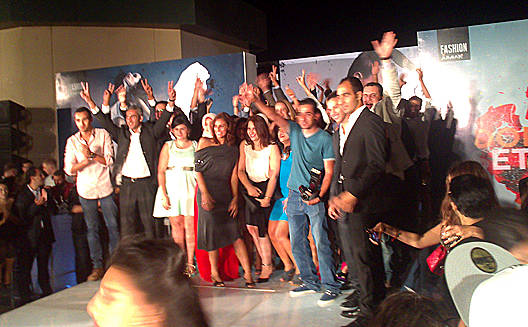 Jumia Egypt celebrated its first anniversary with a full-on fashion show and party atop the luxurious Fairmont hotel in central Cairo last week, announcing a partnership with the Egyptian telecom network Mobinil, whereby “SPECIAL” loyalty program customers would now be able to redeem their points on any of Jumia’s products.

The show was preceded by a series of short speeches about the local e-commerce scene. I have to admit I missed these speeches, partly on purpose, as I wasn't sure they’d add value to my enjoyment of a fashion show.  Indeed although there were many familiar faces from Egypt’s entrepreneurial ecosystem in attendance, the majority there were from fashion-related sectors. 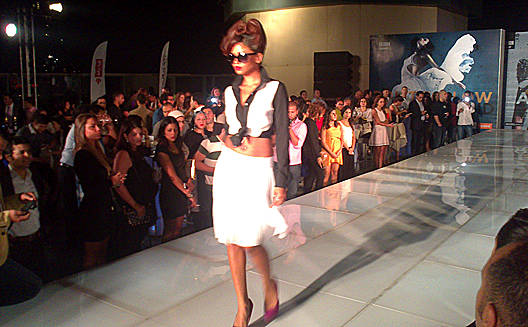 Jumia has excelled in providing high-street fashion online, so a fashion show was a logical way to celebrate while showing off the brands it sells.  The show itself was executed well and contained all the hallmarks; there were lots of pretty people, big bright flashy lights, a DJ pumping out thumping tunes, high heels galore, and a MC that sounded confident and corny simultaneously.  The models all had that famous pout and gaze into the distance; this was a real fashion show.

Where the show failed was that the MC didn’t tell us who was wearing what brand.  We already knew where to buy, but the audience were left none the wiser about how to find any items they liked on the website.  The only brand on show that was easily recognised was NAS Trends, as they’re streetwise enough to have their brand name printed on the outside of their t-shirts.  Even so we only realised this as the models walked away, as the logo was printed on the back.

The Jumia goodie bags also missed a trick.  Although there was a 250 EGP (US $36) voucher and some magazines, there was nothing fashion related, simply a tiny tester skin cream packet.  Surely a few bangles, bracelets, or lip-gloss would have been within budget, and left more of a lasting impression than the flimsy and impractically shaped Mobinil branded USB memory stick.

The press pack was even more anaemic.  We all only got given a 100 EGP (US $15) voucher, and no skin cream or magazines.  The press release enclosed was scant on details.  We expect solid stats, especially from an e-commerce site, there’s no excuse not to include them.  Instead we got a page full of quotes from marketing managers telling us how wonderful they are.  Only the last line, literally, included the fact that Jumia had experienced 30% monthly revenue growth since inception.  Even that fact doesn’t say much because it’s relatively easy to show a high monthly increase in the first year because the revenue starts from zero.

That revenue growth does point however to the fact that in underdeveloped markets if you put enough money in you’re likely to grab significant market share, especially with a tried and tested business model.  I hope more local investors would show as much confidence and be willing to spend as much as Jumia’s creators Rocket Internet. 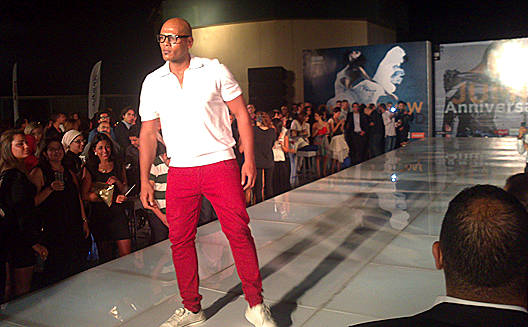 The night itself ended with a boisterous after-party.  I love a party and evidently so did most of those that attended.  This was the real purpose of the night, to party and celebrate and forget the doom and gloom outside.  Regardless of my criticality, I enjoyed myself and in this regard the night was an undoubted success.  Kudos to the PR agency Publicist Inc., itself a startup, for organising such a fun night.

Amid the instability of the last two years, Jumia and Publicist have shown us all that focusing on executing the basics well, will still lead to results, and that a startup is still in charge of its own destiny.