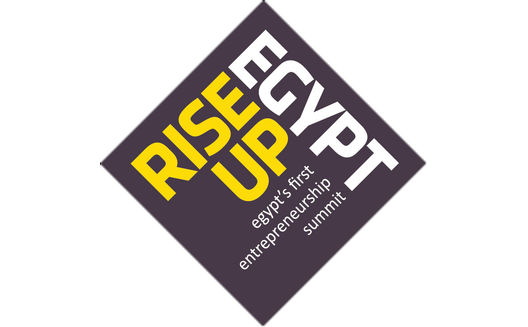 In two weeks, Cairo will host the "first-ever entrepreneurship summit in Egypt" a stone's throw from Tahrir Square. Rise Up Egypt, which will be held on November 24th and 25th, aims to show that Egypt is at the "tipping-point of world-class innovation and entrepreneurship excellence."  Their premise, which I wholeheartedly agree with, is that entrepreneurs are changing Egypt for the better, and the next 100,000 high-value jobs will be created by startups.

From Egypt With Love

Rise Up Egypt promises to bring all of the players in Egypt's entrepreneurship ecosystem in to one collaborative space.  It is arguable whether this is the "first" such event, as we've had similar events before, notably from ArabNet. What is undoubted though is that this is the first home-grown summit, by Egyptian entrepreneurs for Egyptian entrepreneurs, and a uniquely Egyptian event. The fact that normally disparate competing organisations have agreed to work together proves that the collaborative vision is already working.

While many people have talked about putting on such an event, founder Abd El-Hameed Sharara has been the only one with the courage and conviction to put his money where his mouth is, literally. He quit is secure job and sold his car to realize this dream.  Of course he's been clever enough to get a local team of heavy-weights supporting him.

"Con O'Donnell, Moataz Kotb, and Mohammed Mansour have been super supportive. This event wouldn't be happening without them," he says, "and I'm also lucky enough to count on the talents of Fadi Ramzi, Ahmed Al-Alfi,  Ahmed Naguib, Ashraf Sheta and Tarek Nasr amongst others."

Thus far, the event is shaping up to be a real summit, much more than the talking-heads events we've become bored with.

The team aims to have 2,000 attendees over the two days, with parallel events including workshops, entertainment, talks, pitches, food, music, panels, a startup trade-fair, and roundtable discussions.  All of the top investors, accelerators, trainers, NGOs, corporations and entrepreneurship heroes will be there. Innoventures, Yomken, Morph-D, ICE Cairo, and Juice Labs are putting on a series of collaborative events, so there'll be a hackathon, makeathon, and ideathon.  The winner of the StartUp Weekend Battle will announced there.

One new and fun event to look out for is Pitch'n'Ride: Entrepreneurs will get the chance pitch to an investor, in a taxi, in the time it takes the taxi to cruise around the block, with the best pitch screened later. The taxi will really drive around the venue so hopefully Cairo's famous traffic won't make those pitches longer than expected!

New faces are lined up to speak, such as Wild Guanabana's Omar Samra, and CaiCot Textile's Riham Abu El-Inin. If I'm lucky, I might even get a chance to disrupt things.

The only negative point in my eyes so far is that the website is only in English. While this could limit its reach, resources have been tight so perhaps I should forgive the omission. The domain name also doesn't contain the word Egypt, so perhaps this event is more outward looking than advertised.

in keeping with its fully local branding, the website, design, and video for Rise Up been locally produced by Egyptian entrepreneurs, with Cairo startup Eventtus handling ticketing.

Early-bird tickets are 90 EGP (about US$13), an easiy affordable amount that many Egyptians spend in one coffee-shop sitting. The fact that it's in the center of town, at AUC's old campus, will make it easier to access for those without cars, and the fact that it's midweek should alleviate any security concerns and establish it as a work event.

Will Rise Up become the Web Summit of the region?  Only time will tell.  I was lucky enough to go to the Summit in Dublin last month (see my thoughts on that in my next article), so I'll let you in on comparisons.  Either way, if you are linked to entrepreneurship in any way, I suggest you come along.

The buzz and collaborative spirit shown means RiseUp heralds the dawn of a new age in Egypt's entrepreneurial ecosystem.  I'm certainly looking forward to it.

Disclosure: Wamda is an organising partner of Rise Up Egypt. After meeting the organiser recently, I've joined the ranks of RiseUp volunteers.