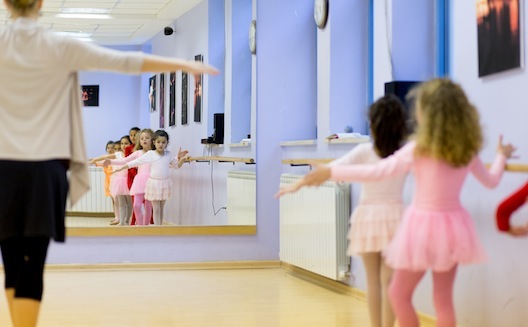 “If you live as a victim you stay as a victim,” says Rami Khader, a founding member and manager of Bethlehem’s Diyar Dance Theatre. “The hope is that we can… transform consistent oppression into creativity.”

In an attempt to create a platform for freedom of expression in Palestinian society, Khader founded the dance theatre in 2008 with several Palestinian artists. Five years later he is building on the success of the theater, working to implement a hybrid business model that will support both his performers as well as the development of the arts in Palestine.

For the first four years the dance theatre operated purely based on donations. But this not-for-profit structure limited the organization’s potential, Khader believes.

“If you are a volunteer based group then you provide a free service. But this does not allow actors and dancers to get paid for their work. As a result, the arts remain a hobby, a secondary priority dependent on outside support,” Khader explains.

For the past year Khader has been developing an alternative business model to support creative culture in Palestine.

Part of this attempt to monetize has included the Diyar Academy for Children and Youth, which Khader helped to open at the beginning of 2013. The academy, modeled after the successful Diyar Dance Theater, offers acting classes, modern and traditional dance lessons, and runs three women’s soccer teams and one basketball team.

Young people between the ages of 14 and 20 pay a membership fee to participate in the center’s various courses and activities. Once they turn 20, participants have the option to join the touring dance and theatre group, which has travelled to seven countries performing a mixture of traditional and contemporary dance and theatre.

Because student fees go to support the activities of the touring troupe, Khader says, the academy is a social enterprise, to cover the costs of the adult group. Currently, membership fees to the academy, ticket sales from their productions, and sales of merchandise cover about 50% of the touring group’s budget. The other half comes from grants, crowd founding, and private donations.

The success of the model is based on this relationship, between the academy and the dance troupe. The dancers and actors who study in the school will become the next generation of professional artists in Palestine.

The academy also serves to create a pool of artists in Palestine who have been developing their interests and skills from a young age. Khader believes that it is only possible to become a professional artist when you start training at a very young age.

For his work in developing this model, Khader has been recognized as a social innovator the Arab world by the nonprofit organization Synergos.

Khader began his work with the Diyar Dance Theatre as a way to integrate his educational background in psychology with a love for traditional Palestinian dance and a desire to help young people in Palestine.

Khader believes that creativity in Palestine is very limited. The separation wall, stagnant politics, lack of economic opportunity, and a conservative culture combine to limit the imaginations and dreams of Palestinian youth.

The arts can provide an escape for young people. They can be a “human force against oppression, whether internal or external,” Khader says.

Practicing the arts from a young age, he continues, helps young people get to know themselves better, learn new ways to tell their stories, broaden their perspectives through the exchange of ideas, and allows them develop personal goals.

In Palestine, the arts can also connect young people to their culture and identities; for this reason, the children’s and youth academy focuses on the combination of traditional and contemporary art forms. In a society that is losing touch with its past and lacks a vision for the future, “this could be a source… of hope in our lives,” Khader claims.

Khader also believes that the arts are a good way to release the day-to-day stress of living in Palestine.

Currently, there are around 40 dancers in the Diyar Dance Theatre and more than 300 students in the academy’s art and sports classes.

In the next five years, Khader hopes he will be able to push his business forward so that membership fees from the academy will cover 60 percent of the dance troupe’s budget. He is also looking to secure a primary donor to provide the additional 40 percent of funding.

The ultimate goal of the academy / troupe business model is to produce professional dancers and actors who will be able to compete on the international arts market.

Given the difficult global economic times and Palestine’s restricted situation, Khader acknowledges the road ahead will not be an easy one. But, he says, at the end of the day art is “a way to celebrate our lives as we seek out freedom.” This attitude keeps him – and his academy – moving forward.