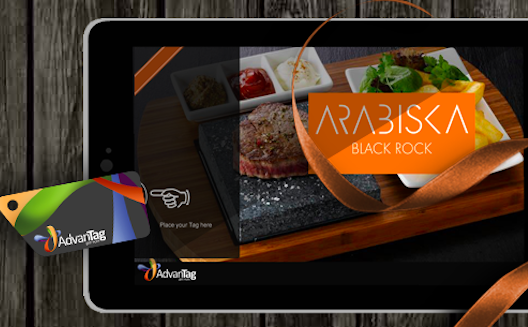 It seems that the last thing that startups in customer loyalty want these days is to be called a loyalty program. Echoing UrbanBuz, a rewards platform that recently closed a Series A round, Dubai’s AdvanTag is also insisting on a new vocabulary. “We [don't] say that it’s a loyalty program,” says Troels Andersen, the company’s new COO. “It’s a loyalty tool, and a marketing tool. We call it the AdvanTag engine.”

AdvanTag, previously GenieTag in Canada, offers targeted marketing campaigns, customized to enhance customer retention and address specific pain points that businesses have when attracting clients, explains Anderson. Whether it’s to address a slow Friday night or to simply gather more data to better understand their fans, clients can choose from a variety of features to reward regulars.

Social media campaigns that provide a reward, like free ice cream or the opportunity to skip the line, are the most popular, Andersen says. AdvanTag’s in-store setup also allows customers to register with an RFID card or check-in via their iOS and Android apps, and play games such as scratching a card or spinning a wheel on a tablet, to win prizes.

These days, an instant reward system receives better feedback than a traditional system that allow a customer to accumulate points over time, Andersen says. His conclusion matches that of the UrbanBuz team, which has built their platform to offer customers rewards in person, tracked via e-mail address or phone number rather than NFC.

Since closing $750,000 USD in early stage funding in late 2012, from “friends, family, and fools,” and two angel investors in Dubai, AdvanTag, which was founded by Adam Eldaba and Mo Shahin, has signed up around 10 stores in Canada, where Eldaba attended college and where Shahin is based, and 20 to 30 stores in Dubai, where Eldaba lives.

The most famous of its clients is Dubai telecom company du, which, during multiple social media campaigns this year, saw over 4,000 click-throughs on Facebook posts.

Another client, Dubai-based restaurant Arabiska, brought 107 new customers on board in one evening and saw its posts go viral on Facebook thanks to a raffle campaign. Advantag’s biggest Canadian client, Wine Country Ontario, registered over 4,300 customers during two events, with 14% opting to receive emails.

The company is working to build upon its momentum after winning an Honorable Mention at the GIST Competition at the Global Entrepreneurship Summit in Malaysia this year, and presenting at the Web Summit in Dublin this year. While AdvanTag is, at its core, a B2B business model, as Anderson sees it, it doesn’t have a target audience more specific than “where people repetitively come back.” Although, he says, the consumers that it typically serves via its clients match those of Groupon: they’re young, between 18-40, and live in Dubai or in the Toronto area.

When it comes to facing off against daily deals, which many small business owners in Dubai perhaps associate with loyalty programs, AdvanTag has taken the step to partner with its counterpart, GrouponUAE, rather than treat it as competition.

In light of the fact that daily deals have received criticism for failing to generate repeat traffic, this partnership seems like a win-win: Groupon UAE can refer companies to a loyalty program that will help them retain their new customers, while AdvanTag gets access to Groupon UAE’s database and pipeline, to target its customers and draw in new clients.

In the US, Groupon Inc. launched its own loyalty program, called simply "Rewards," in late 2012, in a bid to expand the business. Yet, it paused the program this July, apparently to better incorporate it with the company’s existing point-of-sale system and prepare it for international roll-out. Five months later, the program is still paused, perhaps an indication that partnerships with loyalty programs will be more efficient for Groupon than truly pivoting its model.

For now, AdvanTag is looking to continue growing at a manageable pace, perhaps a wise tactic given the difficulties that daily deals companies had when trying to make a regional land grab.

“When it comes to a startup like this, it's actually a bit dangerous to grow too quickly," Andersen explains. "We need to have as many product iterations as possible [in order] to optimize our product, to have product that suits our customers needs, before scaling. If we got 100 clients tomorrow, we wouldn't know to gather all of their feedback,” Anderson explains.

After working very closely with their existing clients, AdvanTag will, by Q1, like have a product that is "actually scalable; that's when we'll start to look for [more] funding," Andersen says.

2014 may also see the company streamlining its offerings as it continues to test. When asked whether the company will standardize its offering, Andersen replies, “You could say that’s the original hypothesis that we’re testing: Do we need to be that flexible? Or can we come up with a product that is more standardized?” Andersen affirms. “We need to gather more feedback from the clients that we have."