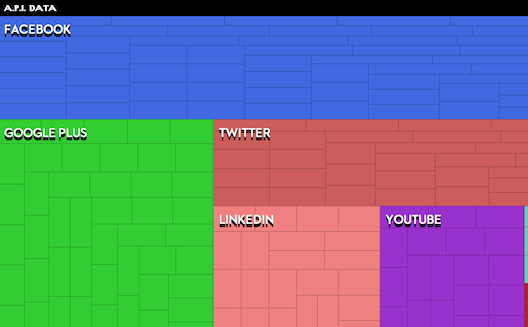 Facebook makes a lot of us feel warm and fuzzy; if commenting on ‘life event’ photos and smugly stalking friends and family halfway around the world isn’t enough, the constant stream of lolcats and UpWorthy stories will keep your eyes misty.

But when Facebook looks at you, it’s a different story. Rather than a person who uses the internet to keep up with loved ones, you are a data set, with proclivities that can be predicted. Mark Zuckerberg and co. monetize by selling ad space on your timeline and profile pages; advertisers buy space for specific targeted groups. Users under the age of 30 living in Dubai, for instance, might be more likely to spend money on an avant-garde e-commerce boutique than users over the age of 60 living in Beirut. Facebook and other social networks collect data about users from what users share on the networks themselves, and based on apps users sign into using their Facebook profiles that connect to the social network via an application programming interface (API).

Think of the last time you clicked ‘like’ or ‘tweet’ on an article you read. As soon as you did, Facebook or Twitter connected with the site on which the article appeared using its API, and stored the ‘like’ as data. Depending on your privacy settings, it can then turn around and sell the data it’s collected on you to advertisers and applications.

The New Yorker has produced an infographic about these practices based on categories of information that social networks (Facebook, Twitter, YouTube, LinkedIn, Instagram, Google+, and Tumblr) typically collect and may make available to other applications.

Careerist-oriented networks like Google+ and LinkedIn place emphasis on job-specific data points like Start and End Dates, Position Title and Description, Department and Industry, as well as public persona hits like Public Identity Verified, and Bragging Rights. More purely recreational networks like YouTube, Instagram, and Tumblr focus on what you make public, and how many times you’ve viewed something, or something you’ve posted has been viewed.

Twitter and Facebook, which straddle many users’ business and personal worlds, have many more categories of information they may make accessible to advertisers and applications. Twitter’s advertisers are interested in usual suspects: Time Zone, Location, Numbers of Followers and Favorited Tweets, as well as some unexpected categories like colors of profile backgrounds and sidebars.

But Facebook is where it gets really personal. Among the dozens of categories Facebook takes note of for advertisers are your religion, your relationship status, your payment transactions, political views, and even name format.

We can still giggle at cat memes and enjoy our birthday wishes from strangers and friends alike on social media, but it never hurts to remember what’s in it for Facebook.