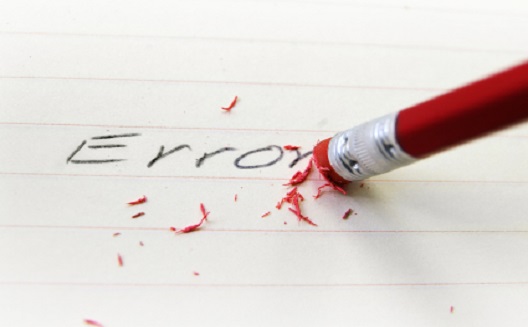 At some point in our lives, we will most likely have to stand in front of people and present an idea or a project. While the experience of having people stare at you while you talk (or stutter) may be stressful, many believe that public speaking done properly can be a rewarding experience.

It's certainly a critical part of an entrepreneur’s life, as major mistakes in speech, cadence, or tone could throw off a potential investor or co-founder during a client or investment pitch.

In a recent post on The Next Web, founder Boris Veldhuijzen van Zanten, who himself had his ‘fair share of presentations’, listed ten mistakes public speakers often make when giving a presentation.

In his post, he advised speakers to never start their presentations by describing how they physically feel, and to avoid sentences like "I’ll get back to that later," and "can you hear me?" or worse, "I can’t see you because of the lights," or "I’ll keep it short." In his opinion, the audience wants an interesting talk, regardless of its duration. So how can you grab and sustain your listeners’ attention?

Here are ten mistakes we have compiled for you that entrepreneurs should avoid:

1. Don't start your speech with ‘thank you’

You read right. I’m not saying you should be rude but rather than kicking your presentation with that, make your first words remarkable, powerful.

Reading instead of improvising will make you lose eye contact with your audience, increasing your chances of boring them. This doesn’t mean you should improvise your whole speech and come unprepared, but organizing your thoughts and memorizing some facts and figures will help you keep the conversation animated. Throwing in a joke or a question to your audience can also be great for keeping them engaged.

3. Don't pull out your technical dictionary

Regardless of who your audience is, your message should be as clear as possible so that it can be understood by everyone sitting in the room. Using too many technical terms or insider jargon won't make you look smart; it will just defeat the purpose of getting your idea across.

Maybe we all hope to be as inspiring as Stephen Covey, the writer of ‘The 7 Habits of Highly Effective People’, or even Steve Wozniak, the co-founder of Apple Computers. So there’s no harm in sparking things up by stating a famous quote, but imitating the body language and the reactions of famous speakers is a big mistake. People who imitate famous public speakers lose their own identity, says one communications consultant: “Audiences expect and want the authentic you and the authentic me. Giving them our genuine selves, we will receive plenty in return,” he writes.

5. Don't leave them with nothing

Ever wondered why we love inspiring speeches such as TED Talks? Some of these talks urge you to question yourself and put your capabilities to test. You don’t have to be as dramatic with your talk, but make sure you have a message or a call to action that can leave your audience with something to reflect upon. Inspire them enough to act upon their ideas or to make a change in their lives, and who knows, maybe one day they will be quoting you in their speeches.

6. Don't beat around the bush

“Get used to saying what you are doing in a short sentence (a tweet) and refine it if people don’t immediately get it,” says Con O’Donnell, Investment Principal at Wamda.

7. Don't speak too fast or too slow

Speaking quickly shows that you’re nervous and makes you harder to follow. Speaking too slowly, however, could mean you’re unprepared or hesitant. To help you solve the issue, Alison Griswold from Inc.com advises speakers to take a deep breath before coming to the stage. Deep breathing is also one of the simplest ways to improve your startup’s chances of success.

8. Don't speak too loudly or quietly

Many confuse loud voices with confidence. Those who speak loudly are most probably nervous and trying to hide it. Speaking too quietly could also annoy your listeners. And try not to sound too nasal. “A nasal voice will carry, will probably not have very much problem projecting, but it is a very annoying voice to listen to for any amount of time,” Griswold says.

9. Don't brag about your success

People like hearing success stories. They will often be interested in how much money your company made last year or how you sold your startup to a giant company, but, when telling stories like those, the more you can put your pride aside and speak about your achievements modestly, the more relatable you are. Let the audience discover how good you are.

In a previous article on Wamda, we talked about the mistakes entrepreneurs often make when pitching to investors, which is one form of public speaking. One of the tips we offered was to never compare yourself directly to a much larger company, state that you don’t have any competitors, or “the whole country (region/world) is our market size," as O’Donnell puts it, or that your idea is super awesome. Be humble and real.

As cheesy as it sounds, you should always be yourself. “It’s like dating. No point of making a big pretense,” says O’Donnell, unless you want to break up the next day.