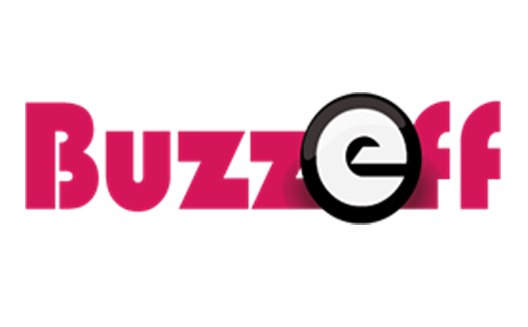 Every three weeks, Casablanca-based Jérôme Mouthon makes the seven-hour flight to Dubai to work for one week at his company’s Dubai office. It may be an intense schedule for a father, but it’s crucial if he wants his social video advertising platform Buzzeff to be number one in the Arab region.

Taking this as an example, Jérôme Mouthon is well aware of what it takes to succeed. In the late 90s, the Frenchman sealed his first successful exit by selling Clarsys, the company he created a few years before. He did it again in 2007, when he sold Finashore, the offshore web agency he launched, after moving to his wife’s hometown of Casablanca, that gathered 250 employees and generated a €4 million in revenue.

Three years later, in 2010, he made a deal with Ebuzzing, Europe’s number one video advertising platform, to get investment plus licensing for the development of the platform in the MENA region.

The only problem was, the company was based in Morocco, a market which was not yet ready for such service. “Video did not exist in Morocco,” he explains, so the company gradually became yet another web agency.

In 2012, the team decided to refocus on the original mission, but this time, expanding beyond Morocco, which must still undergo three to four years of growth, Mouthon predicts, to reach the tech saturation levels of other countries in the region like the Emirates, Saudi, and Egypt. At this point, Buzzeff streamlined from 45 to 10 employees, and began raising funds.

In order to be in close proximity to the many media agencies and regional and international brands are based in Dubai, Mouthon opened up an office in Dubai to be in charge of the sales department.

Take the time to deal with red tape

The first thing to do is to open a Dubai bank account to get a license. This is not as easy as it used to be; the 2008-2010 crisis caused a lot of banks to become wary of the possibility of expats leaving the country with an open tab.

First, Mouthon tried to get on track with an international bank, which led an in depth investigation on what the company is doing and who the investors are. Tired of waiting for clearance, the company went to a local bank and managed to have an account open – and therefore a license to do business – in January 2013.

All in all, it took them three and a half months to open a bank account – too long, according to Mouthon. “We should have taken care of that earlier,” says the entrepreneur.

The Frenchman then tackled opening an office. For them, Internet City was the best option because it placed them in the midst of other web companies, and it’s only five minutes away from Media City where all their clients are located.

Be on the ground to recruit your team

Starting in August 2012, Mouthon started staffing his Dubai office. He used LinkedIn to get in touch with applicants, then spent a week in Dubai to meet them and select the three additions to his team. The first employee started in October 2012, three months before Buzzeff got its license.

Opening an office in Dubai required a few management changes. The team had to learn slightly different ways of doing things (the Dubai team has a more American mode of operations), and with different timetables (the Dubai team works 4 hours ahead of Morocco and has a different weekend).

Still, this wasn’t the toughest part, says Mouthon. Rather, being on the ground no more than every other week is making it hard to keep track of what’s going on in Dubai. In a year, two employees have been laid off. The only solution: being there.

But it hasn’t been all bad. By the end of 2013, the company’s videos had received five million views and revenues were evenly divided between the Morocco and the Dubai offices. Next year, Mouthon thinks Dubai will be responsible for 65% of the revenue. This is surely a good sign for the company.