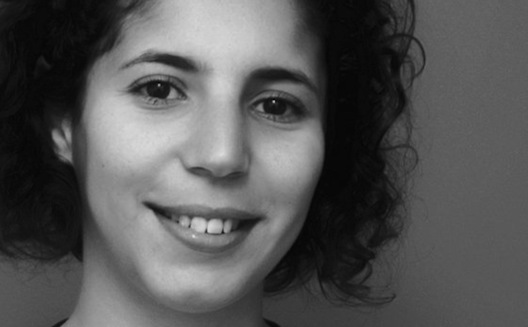 Mounia Rkha is not your average investor or entrepreneur. The former analyst at Ventech, the famous French venture capital fund, has used her experience in web startups to launch daily deals website MyDeal.ma in Morocco, which was, before it was put on hold, a leader in Moroccan e-commerce. When the young woman decided to move back to France, she went back to investment, but this time for a corporate fund, that of Schibsted, the Norwegian company behind many classifieds website successes like LeBonCoin in France or Bikhir in Morocco.

We met Rkha, now based in France, and asked her what she prefers: investment or entrepreneurship?

“Both are great for different reasons,” she begins. Being an entrepreneur allows you to be in the action, to be focused on one project, she believes, whereas being an investor allows you to support projects, and monitor a great variety of startups. Ideally, she says, “I would do a bit of both.”

Both activities are of course different jobs, requiring different skills, but they have one thing in common: the excitement of doing something new, and of being challenged on a regular basis.

Still, Rkha freely admits that “being an entrepreneur is more stressful because you are responsible for your employees.” This is a responsibility she finds hard to bear by herself. “It’s much easier to create a company when you’re [a team of] several because you support each other, especially when you doubt yourself.” Learning from co-founders is another one of the reasons she likes entrepreneurship: “everyone has a different background, different sensibilities, and so we learn from each other. It’s a human adventure.”

What she learned from being an investor

From her time as a VC, Rkha learned how to write a business plan really quickly, and to base it on a long-term vision, and strategy for value creation. But it wasn’t until she became an entrepreneur that Rkha really understood why having a vision, a value proposition, and ambitious thinking really mattered.

There’s something else she learned at Ventech but only really understood the importance of when she began managing MyDeal.ma: values.

“When companies would come to see us [for investment], we’d pay a lot of attention to their values. What I didn’t realize [until I became an entrepreneur] was that those values show the clarity of the company.” It is important, she says, to be able to sum up your strategy, and to know where you’re headed, and to make sure that values are shared with employees and linked to the business and product.

What she learned from being an entrepreneur

For Rkha, experiencing entrepreneurship first hand allowed her to come back to investment with a different perspective. “I don’t see things like I used to during my first experience as a VC,” she says. In particular, having a VC on the board of her startup helped show her a different side of things. “It was a good thing to be on the other side of the mirror,” she says.

Being an entrepreneur also taught her to realize the intensity of the job. “I learned to step back. [Before,] I felt like everything was urgent. I realized we’re not working in the ER, we’re not saving lives. You learn to manage your priorities, and your private life.”

Now, she’s also wary of entrepreneurs who go to networking events every other day. “If I see people going at all the events, I ask them ‘when do you work on your project?’”

A woman in the startup world

The young woman, who co-founded Girls in Tech Paris, a French association which aims at promoting women in the tech industries, is clear that “there aren’t a lot of women [in the tech industry in Morocco].” Still, she never felt any discrimination because she was a woman. Sometimes, in fact, her gender helped her get media coverage.

She strongly believes that it’s completely feasible to handle your marriage, family, and company at the same time: “all you need is a bit of organization.”

“What we need is to showcase women who are doing fine, who are successful, who have had interesting journeys, who young women can relate to and get inspired by. This will show them it’s possible, and will make them want this lifestyle.”

Rkha is certainly one of those role models, and we can’t wait to see more women follow her footsteps.