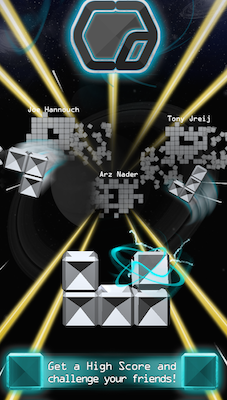 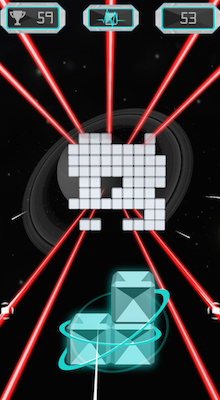 It's all about the screen tap. (Images courtesy of Game Cooks)

In a departure from their usual games, which largely feature cartoonish and colorful characters, Lebanon developer Game Cooks has just updated its latest game Cubama.

Hearing the name, you might think that the company had created a game that brings together cubes and President Obama. Well, it doesn’t. Rather, Cubama takes classic Tetris to the next level. 3D blocks wait for a moving wall; as it approaches, you have to quickly tap the screen to make sure the blocks will fit in the space provided; as one progresses the blocks need to be adjusted more and the walls move faster. It’s simple but pressurized.

Considering the game was initially a “side project” while the company worked on a bigger game (yet to be released, but here's a preview) the team was “obsessed with this game,” says Game Cooks’ Lara Noujaim, “Not just because of the potential it had but because, as gamers, we became obsessed with playing it ourselves.” They decided to see if their audience liked it as much as they do.

This is the game developer’s seventh game; its last launch was Escape from Paradise in January of this year. Previously, the developer has gotten some attention for Run for Peace, which features a man dodging bullets and rockets trying to create peace in the Middle East.

Cubama should not be seen, however, as a move for Game Cooks in a totally new direction. “We are looking forward to creating more games like Cubama as it was definitely a fun game to make,” says Noujaim, “but this does not constitute a radical shift in our direction as we are still open to creating all types of games.”

The official launch of the game was in July, and so far, she tells Wamda, they’ve had around 10,000 downloads (sadly nowhere near their six million downloads in one month goal). But the new update should bump up the numbers, with users now able to make a one-time in-app purchase to get more ‘2nd chances’ whenever they hit a wall. Cubama is available on Android and iOS.