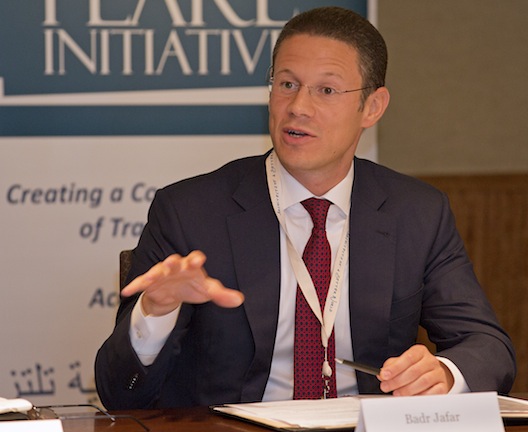 Working in the entrepreneurship sector you hear optimism all the time – especially in the Arab world. According to the polished pitches and many TED-style talks in this industry, innovation is the salve for the region’s problems and Middle Eastern-style Silicon Valleys will be buzzing with activity, with full governmental and private sector support, in the next five years. Well-measured hope for the future is one thing, but blind optimism inspires, if anything, even more uncertainty.

That’s why it was so refreshing to hear Badr Jafar present his clear-eyed perspective on the problems the region faces when it comes to doing business, as well as the concrete steps the organization he founded, the Pearl Initiative, is taking to address them.

The threat of value destruction

As a region, he says on a phone call with Wamda, “we’re not doing what we should and could be doing” to propel business forward in a sustainable way.

The situation is especially serious given projections for the not-so-distant future. “Over the next 10 years we expect a trillion dollars of assets [over 90% of all non-oil GDP in the Arab economies in the hands of family firms] to pass between one generation to the next… This succession is where you traditionally see the greatest destruction of value. On average only 30% of family businesses survive beyond the third generation,” he says. 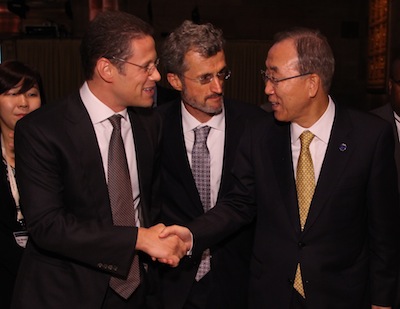 The Arab world may be particularly vulnerable to this kind of value destruction due to the relative youth of the region’s corporate bastions. To address this vulnerability, Badr, the Managing Director of the multinational holdings company Crescent Group with subsidiaries Crescent Petroleum and Crescent Enterprises, headquartered in the UAE and founded by his father Hamid in the early 1970s, himself founded the Pearl Initiative in 2010 in conjunction with the United Nations Office for Partnerships. The initiative’s mission is to encourage a corporate culture of responsible governance in the region that Badr believes can not only mitigate the impending cycle of value destruction, but also help regional businesses become “more successful and more profitable.”

“In some parts of the Middle East, the easiest way to get a business up and running is to grease someone’s palm,” says the executive. For regional businesses that have established themselves in the rough-and-ready climate of the last half-century, creating a culture of transparency and accountability – what Jafar calls “good corporate governance” – can be quite an involved process of helping leaders cut through deeply ingrained and industrialized systems of corruption and collusion.

Pivoting to entrepreneurs and SMEs

These larger, well-established companies were the focus of the Pearl Initiative’s first years, Badr says. But in the past few months the team has taken the decision to “embark on developing specific programs aimed at SMEs and entrepreneurs,” so as to allow those just starting out in the business world the opportunity to establish and grow companies with sustainable systems of governance.

The process of disseminating practices of good corporate governance among entrepreneurs is more straightforward, as they haven’t generally had the chance to become dependent on unsustainable business practices.

“Prevention is key,” rather than triage, Badr insists, in describing Pearl Initiative’s pivot.

However the Pearl Initiative team also targets those it views as proto-entrepreneurs, that is, students still at university. The initiative’s Business Case Study competition, launched last year in Saudi, had second-year business students from 12 universities across the Kingdom approaching companies in an attempt to generate case studies based on positive experiences with anti-corruption practices. The best three teams (chosen from over 1400 case studies generated) got to pick their prize. (Every one of them chose an internship in the UAE.)

This year, the same program was launched in the UAE with 11 universities participating; the winning team from the American University of Sharjah will be attending the one-week long Economic Crime Symposium at Cambridge University in the UK next month. In the coming years, the Pearl Initiative will be rolling out the program across the whole GCC. 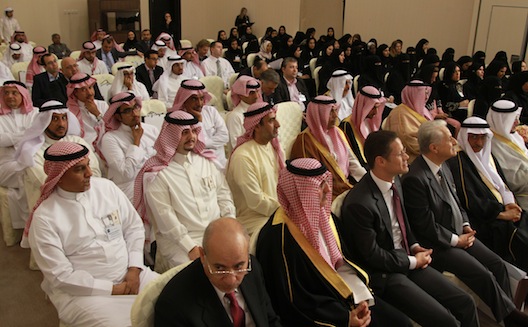 This program not only shows students in real life what good corporate governance practices do for companies, but it provides positive reinforcement for the companies themselves. “Because ours is a relationship-based society, naming and shaming doesn’t work,” Jafar stresses. “Positive reinforcement is the way to go, where you actually identify what’s going on that’s going well, and by raising the level of awareness amongst peers people stand up and say ‘me too.’”

Instilling responsible business practices in students is one thing, but the Pearl Initiative hasn’t given up on the companies in the region – and those who do business in the region – who are more set in their ways in terms of operations and revenue collection. What about when anti-corruption is a disincentive? “You can’t apply a cookie cutter approach to these sorts of practices,” Jafar says in response. The Pearl Initiative approaches each business with whom it works with a personalized program, based not only on the type of work the business does, but also based on the “cultural and social realities on the ground. You need to be culturally relevant… in the way these practices are implemented.”

Despite the looming challenges the region undoubtedly faces, Jafar’s optimism seems well thought out – as does his company. “There’s so much potential, so much opportunity to have a positive impact when it comes to the very imminent threat that our businesses face,” says the executive. “It’s not a luxury to have good governance. It’s not ornamental – it’s fundamental.”