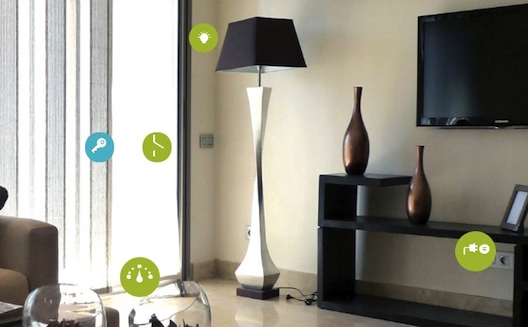 Tunisian entrepreneurs don’t seem to run short of ambition; Chifco is just more proof (others can be found here and here). The connected home startup is about to leave its beta version, with the backing of a major distribution partnership. The team is also about to announce a round that could reach €600,000. We sat down with Amine Chouaib, Chifco’s founder, to discuss the startup’s journey, and get some intel on what they have in store.

I met Amine in a Parisian café, a block away from the prestigious preparatory school he attended a decade ago. Amine’s lifelong dream has been to be an entrepreneur; so, in 2011, after obtaining two master’s degrees, one in engineering, and one in business, and working as a consultant in France, Amine started his company, Chifco.

A new approach to the connected home

Chifco offers a box that enables users to control and measure their house and appliances’ energy consumption.

To do so, users install sensors on the thermostats and electric outlets. The box gathers information from the sensors and provides information on the energy consumption of every device that’s plugged in, and on the heating system. The user can then compare the energy consumption of each device and room, estimate their bills, receive alerts when certain thresholds are reached, or create automatic actions, such as turning off lights after a certain hour, managing the thermostat on the go, or controlling plugged in devices.

In the long run, Chifco should offer similar solutions in other sectors, like security or health. The website is already featuring many applications in the field of health.

Users can also ask Chifco’s staff to help them optimize their energy bills.

Installing the sensors is easy, explains Chouaib, and doesn’t require a specialist. The entire equipment should start at €150, along with a monthly subscription.

The idea behind Chifco is nothing new, and companies like Nest in the United States or Home by SFR in France are already offering similar products. But this doesn’t scare Chouaib, who says what matters is the execution and the distribution.

And when it comes to distribution, Chifco seems to be doing fine. The startup is to announce a partnership with a telco that will distribute Chifco’s service as part of a triple play deal (internet + phone + connected home).

The telco will be handling advertisement, with TV and radio ads, sales, and the commercial customer service. Chifco will take care of the technical support, and product development.

Similar distribution deals should be put in place abroad with other partners. In the meantime, individuals or companies looking to implement Chifco can order their box online.

If everything goes according to plan, this partnership should bring in a great number of users quickly, something that doesn’t scare Chouaib. “You need to be organized and structured to grow,” he says with confidence. 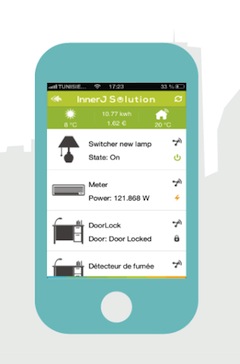 To that goal, the company started testing its product in beta in 30 households across France, the US, and Tunisia, and at Microsoft offices in Tunisia, which led them to simplify their interface, improve user/service interaction, and also devise a scalable customer service, and create a CRM platform that will help future users familiarize themselves with the service.

Chouaib has also starting reorganizing the company to be able to integrate easily new hires who will likely be joining the company as the service scales. At the moment, the company has 20 employees, the biggest part working in R&D, the rest in the distribution and integration, and in consulting.

To handle such an ambitious project, and get through the first years, it was vital that the company use its capital wisely, says Chouaib. To avoid wasting money, the entrepreneur refused to raise too much, too soon. “If you raise too much, you spend too much,” he believes, which led him to grow the company’s capital gradually.

Chouaib started Chifco with a home-made prototype, and €2,400 in his possession. He decided to go back to Tunisia early on to reduce his cost, find talents, take advantage of a grant from the Agence Française de Développement (a French governmental organization investing abroad), and leverage his contacts in his home country. Later, funding came from competitions the startup won, in France, Tunisia, and the US, and then from a €100,000 funding round. “There are more funding possibilities for company our size in Tunisia than in France,” he explains before adding, with a smile on his face, “you just need to be well connected.”

But Chouaib wasn’t just counting on funding. Early on, the company started signing clients. Thanks to the company’s current ten corporate clients, 40% of the expenses have been covered, proudly explains the entrepreneur.

To ensure the service’s development and launch, the entrepreneur has been looking for new investors. Based on the intention letters he has received, he says the company could receive between €400,000 and €600,000.