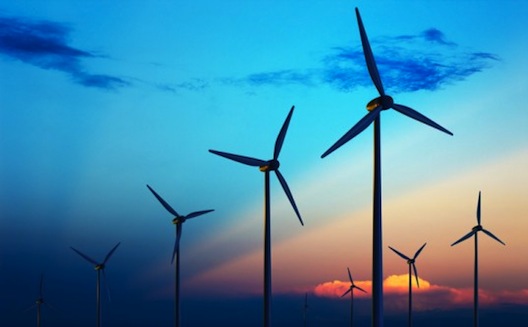 Large, established global corporations have dominated the renewable energy market in the MENA region. But many others who would participate haven’t yet done so. While the economic rationale for investing in alternative sources of energy is sound, the challenges associated with the successful deployment of investment capital across the region are substantial. For large global investors in new energy resources, viability is considered on a regional basis. The MENA market, for all of its growth potential, is notoriously fragmented from a regulatory point-of-view. These factors contribute to an environment that is ripe for the entry of nimble operators and new technologies – and a proposed new $40.5 million fund seeks to facilitate their development.

The logic of renewable energy

There are several economic and development goals driving the growth in renewable energy production in the fossil fuel-rich MENA region. The first goes to the relative benefits that regional governments can derive from those fuels: exporting oil and gas is preferable to allowing their domestic consumption. In other words, every liter of subsidized gasoline consumed by a Saudi driver is counted against the economic benefit of selling that liter at market price in China.

Establishing high-quality renewable energy facilities also contributes to the development of the technology and knowledge economy sectors. Engineers, technicians, researchers and others must be trained and deployed to build and improve on existing technologies. By cultivating the renewable energy industry, countries in the MENA region can help provide jobs and real economic growth for future generations.

Finally, demand for reliable renewable energy sources is growing globally as a consequence of efforts to contain climate change. While the exportability of renewable energy is limited today, technological innovations may begin to allow the efficient transformation and transfer of solar energy to Europe from the MENA region. Leaders in regional production and innovation are best positioned to make the most of that opportunity. 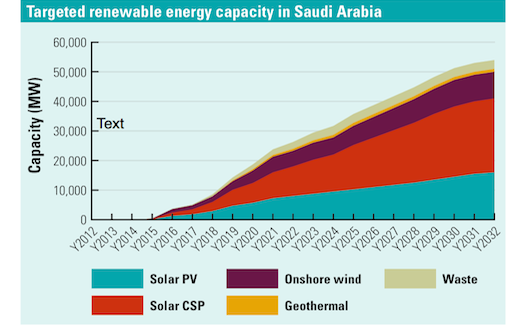 Each of those reasons helps explain why Saudi Arabia, Morocco, Jordan (where 96% of energy is imported), and the UAE have led the movement to develop and grow their renewable energy markets. Current capacity, which stands at 1.5 gigawatts across the region, is expected to increase to 3.9 gigawatts by 2015. Meanwhile, that total represents a tiny portion of the 54 gigawatts that Saudi Arabia alone aims to produce by 2032, mainly through solar and wind farms.

A world of opportunity

The sheer scope of the opportunity has caused at least one firm to act. Desertec Industrial Initiative (Dii), which is made up of different companies across 15 countries, has announced plans to launch a fund targeting the “high risk phase of early stage [renewables] development” in MENA. The Renewable Energy Development and Investment Vehicle for MENA (REDIMENA) will coinvest between 1 to 4 million euros in projects led by local entrepreneurs in the region.

In announcing the initiative, Dii’s CEO Paul van Son explained that, “North Africa and the Middle East are at the beginning of an impressive energy transition based on wind and sun.” He further explained the rationale for the early stage fund by saying that “a well-developed, shovel-ready project then builds the basis for the much larger amounts of private sector investment necessary for constructing a renewable energy power plant.”

However, it remains unclear when the fund may be ready to invest, as Dii is currently working with a German consultancy to complete a feasibility study around the fund’s activities.