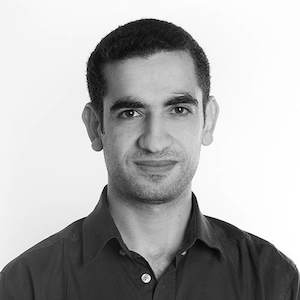 He returned to do a Master's degree at Egypt's Nile University in 2012 and by February 2013 he began building the Farminal proof of concept - a software system that uses thermal cameras to measure the temperature of dairy cows' udders to provide early warning of mastitis.

Sorour (pictured above) says it's a global problem with a huge cost: one infection can cost up to $100 per cow, per case, and herds can have anywhere between a couple of infections a week to two or three a day.

Farminal finished a stint at the Flat6Labs incubator in October, won a grant from ITIDA to share research with Cairo University (circumventing a major problem within the agritech sector of research being trapped in academic institutes), and Sorour, with his partner Dr. Mohamed Rusdi, expect to have a commercial product ready this time next year.

The test now is whether Sorour can convince the big milk producers in Egypt, such as Sweden's Delavol and local dairy products companies Beyti and Juhayna, to integrate his system into their in-house software, or else talk the country's biggest farmers such as Dina Farms into using it and force the dairy companies into taking him on.

Husband-and-wife team Aly Abu Zeid and Eman Hassan are mechanical engineers from the Delta city of Mansoura who saw a gap in the market for cheaper food manufacturing machines.

"CUBII markets its products in the Delta region and Lower Egypt. These markets are underserved in terms of packaging machinery especially for dairy manufacturers," Hassan said.

The inaugural project was a vinegar packaging machine and since then they've delivered tanks and pipes for one medium-sized dairy factory, a complete set of industrial equipment for another, a cheese packaging machine, and three different kinds of yogurt packing machines.

Following an incubation period with Innoventures as well as an investment in June from Egyptian angel and SysDSoft founder Khaled Ismail, CUBII is now moving fast. 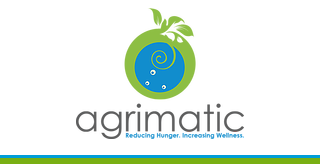 They're aiming to be the largest aquaponics business in Egypt, selling organic tilapia fish and leafy greens cheaply to wholesalers, and less cheaply, as branded products, to hypermarkets.

But first, Agrimatic's four founders must close several major supply deals that CEO Mostafa Hassanen expects to have sealed within a month.

They spent a year and a half researching the market and the technology as the concept requires a completely closed system: inside a greenhouse, protected from the elements, water circulates nutrients from fish tanks to plant beds, generating two separate 'crops' and up to 90% water savings over traditional agriculture as nothing is thrown away or used only once.

Agrimatic's partnership with a farming family solved a major problem with sourcing land. Hassanen says startup costs for aquaponics stretch to $233,000 a hectare, and they'd searched throughout the Delta and south of Cairo for a suitable spot. Their current arrangement allows them to share the land and the profits, instead of paying rent, and appears to be working so well Hassanen and his team are talking to other companies and individuals about replicating the relationship.

The startup isn't profitable yet, but "inshallah very soon we'll be making profits."

Solar is the next big energy concept in Egypt, but with Cairo alone producing about 15,000 tons of waste a day, there's scope for biogas startups to make a mark.

Hany El-Khodary's (pictured below) idea is Biogas People. It's a startup that's still in the very early stages of development but one that has big plans to use urban and agricultural waste for fuel - it will provide small units for urban slums such as in Ezbet Al-Nasr in Cairo, and larger plants for poultry farmers to dispose of chicken waste. 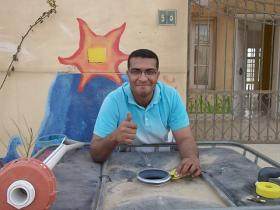 He was "freezing" in Frankfurt when Wamda spoke to him. He was chasing down some German leads to find companies that build and install biogas plants, such as Alensys, B3, and Alfonso Kriege, to push forward the development of large scale plants in Egypt.

The initiative began in December 2012, incubated in social enterprise NGO Nahdet el-Mahrousa and supported by CleanTech Arabia, and right now is focused on integrating biogas with the poultry industry. El-Khodary says the next step is a feasibility study on the sector, but he's found one firm who's keen to experiment with the technology.

Sherif Hosni and his brother Tarek started their rooftop hydroponic farming business in December 2010, and made their first sale in February 2012. Today they have 50 farms, owned by their target market of urban poor as well as a handful of people who aren't, and around 16 "green walls" which are aimed at businesses and corporate clients.

"We wanted to build a business, not an NGO because we wanted to be self sufficient... to do some kind of greening," Hosni told Wamda. He said the initial aim was helping people on low incomes grow their own healthy food, and the green walls were an accident which came later - an accident that now provides 70% of their revenues. 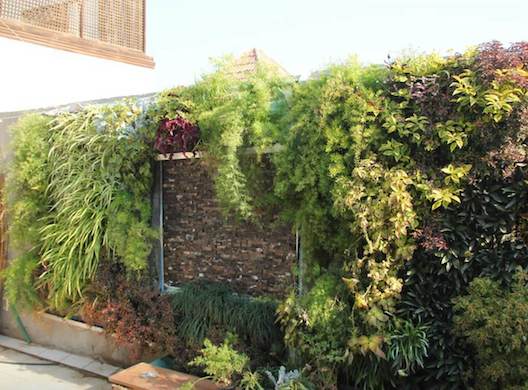 Hosni says revenues from the rooftop gardens of low income clients come from being paid back over time for the technology, as they buy the produce and selling it at farmer's markets around Cairo.

"We didn't want that they would get something for free," he said. "We had the feeling that if someone doesn't have anything invested in this they won't care about it."

Hosni is excited about the prospects of hydroponic farming in the future.

"There's huge potential... Because of our water situation, it's perfect."