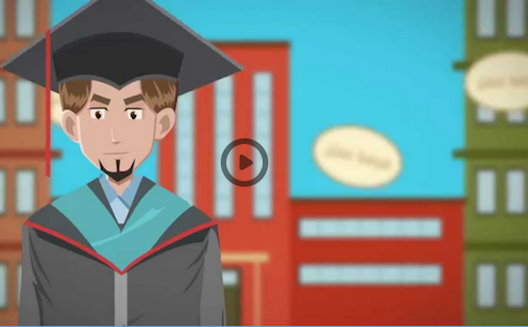 According to the Broadband Commission for Digital Development more than half of the world’s population will have access to the internet by 2017. Currently it stands at 40% of the population, [about 2.3 billion people], meaning that by 2017 it could be nearly three billion.

Another report, issued by Serviceplan Middle East, has revealed that there are 90 million internet users in the Arab world, and this number is expected to rise to 413 million by the end of 2015. This would make the internet penetration rate of the Arab world the highest, at just over 40%.

As the Middle East works towards spreading an e-learning culture, statistics like this can be seen as a move in the right direction. Efforts to address the poor quality of education in Arab countries, as well as the increase in youth unemployment rates, can be helped with this increased in internet usage.

In the last few years, such efforts have manifested in emergence of free online Arabic educational content publishers. This content has included specialized material, foreign languages, marketing, programming, and design, all led by platforms including the Jordan’s Edraak, Qatar’s Waqfonline, Saudi’s Rwaq, Aldarayn, and New Generation Academy (a YouTube channel), as well as Egypt’s Tahrir Academy, Nafham, and et3alem.

Typically these startups generate income from ads or with the help of NGOs, but now, a new Palestinian startup has decided to take a slightly different approach.

Focusing on strengthening the entrepreneurial culture by publishing free educational content, FOA Academy [Freelance Online Academy] helps users find freelance jobs in the online sector. Similar to sites like Elance and Odesk, but with additional advice on how to avoid the fraud that some have experienced through such sites.

“We offer four educational levels on job searches and online job bids in many fields,” says Amir Sharab, CEO of FAO Academy. “Programming, marketing, languages, and graphic design, as well as on how to build teams for business owners. Users cannot move to the next level unless they finish the first one and pass the evaluation test to ensure they get maximum benefits from the session.”

Talking to Wamda, Hanan Khachan, head of marketing at FOA Academy said: “Our mission is to spread the online freelancing culture among all age and educational categories in the region. We pay special attention to explaining how to search for jobs in fields that have high demand in the global labor market such as data entry, transcription, SEO, and web development and design.”

Khachan went on to say that “anyone can obtain a job online through the freelancing mechanism available globally, and now regionally, regardless of their skills and qualifications.” For Khachan some of the most famous success stories in this area are of those who never completed their studies. “All a job seeker needs is to know how to use a computer, and have a basic level of English to be able to generate an income of $5 an hour.”

Launching its beta version six months ago the FOA Academy has since launched a paid marketing campaign on social networks. Although the marketing campaigns specifically targeted Palestinians, many users have registered from KSA and Egypt, “with a heavy participation from Saudi female journalists,” says Khachan.

In order to ensure the sustainability of the free business model, the FOA Academy is working with the support of the global NGO, Mercy Corps, in collaboration with the US Agency for International Development (USAID).

Mercy Corps has set a target of 1,000 users within three months as a criterion for the assessment of FOA Academy’s performance; however, the Palestinian platform has exceeded the target. “During the short marketing period, more than 5,500 users have joined our training sessions, successfully completed the first level, and have actually submitted bids on freelancing websites,” Khachan told Wamda. “We constantly follow up on trainees on social networks and reply to their inquiries after the end of the training.”

With the support from Mercy Corps and USAID only lasting two years, FOA Academy will have to launch more specialized sessions with a paid revenue model. They will likely not have to worry though as the predictions for revenues in this field look promising.

Reports published by the Docebo, the cloud e-learning systems platform, say that the total e-learning revenues of Middle Eastern companies have reached $443 million, with the industry's annual revenue growth rate at 8.6%.

The report also predicts that company revenues, for this sector, will reach $560 million by the end of 2015. So, with support from governments, large international institutions, and private education institutions alike, will the region witness a development and education boom as digital development moves forward?