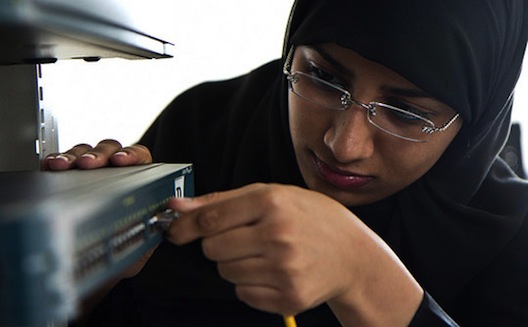 Technology investors and entrepreneurs can help reduce the impact of the expected explosion in unemployment amongst youth in the Arab region. If the baby boom continues at its current rate, the Arab World could have a total population of 598 million citizens by 2050, with 149.5 million of its youth unemployed. The current 25.1% unemployment rate amongst this group has to be reduced, and this can be done through greater investment in the technology sector. Creating a virtuous circle of investing in technology startups will have an exponentially positive impact on the future of the Arab region, both economically and socially.

The Arab region has a 25% unemployment rate amongst young people, the highest in the world.

To alleviate the economic, social, and political risks associated with youth unemployment, more investments in the technology and digital economy, both at private sector and government levels. Such investments will help create more and better quality jobs.

At the moment, the Arab region is far behind the rest of the world in terms of venture capital invested each year – with 10x less than India, 15x less than China, 35x less than Europe, and 200x times less than the USA. Startups in the region are not getting adequate funding.

The region’s governments and big businesses have done a great deal to create jobs for the region’s youth.

Closing the gap with the rest of the world and increasing investment in the technology sector through backing the firms, funds, incubators & educators who can invest, coach, support and unlock tremendous value, will create valuable white-collar jobs and contribute to improving lives and humanity in our region.

There is tremendous potential for technology to contribute to employment and GDP growth at the national level. For example, the city of Cambridge in the UK, world famous for its university, decided less than a decade ago to open up its gates to technology entrepreneurs and investors. Today, the city employs 57,000 people in technology companies that have a combined enterprise value of approximately $50 billion. To put things into context, one large traditional manufacturing company (that shall remain unnamed) with a headcount of 50,000 people has a market cap of around $20 billion.

Here in the MENA, the top 10 technology companies have a collective workforce of 2,600 (and are growing at 100% per year), have a combined enterprise value of over $2.5 billion, and generate over $800 million in combined annualized revenues today. These companies either didn’t exist five years ago or, if they did, they were fledgling companies or startups employing very few people and generating very little revenues. The technology sector is one of the few sectors that can create capital, as well as well paid, intellectually stimulating white collar jobs, this quickly and with modest amounts of capital.

These technology companies are accretive to the economy; again, a unique characteristic of the technology sector. Whilst they can at times be disruptive, they are mostly creating new value in a way that traditional business hasn’t been able to do.

White collar jobs generate an average salary of 5x to 10x that of a blue collar job. This means that the 2,600 workers at the 10 largest tech companies in the MENA today earn the equivalent to 10,000 to 20,000 staff that would typically occupy jobs in the old economy of industry, trade, and construction. They have higher purchasing power, which powers the region’s economy, but most impotant of all, they feel empowered with intellectually challenging jobs, which is all that the Arab youth is asking for.

Regional governments in particular, as well as institutional and professional investors should invest in the best technical universities, incubators, accelerators and VC investors, deploying cash along the entire value chain and continuously rewarding those that deliver jobs and investor returns.