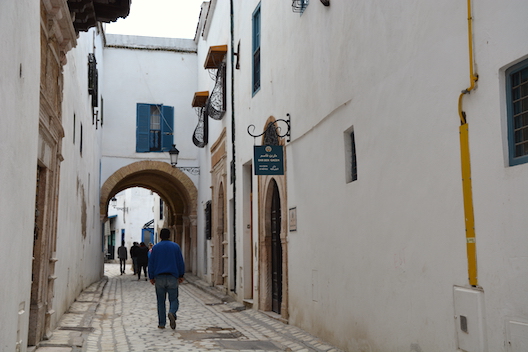 Tucked away in one of the small alleys of Tunisian capital Tunis’ old town, the medina, you find the seven-room boutique hotel Dar Ben Gacem. The hotel, situated in a 300-year-old renovated villa, is a classical Tunisian home.

“It is everything that I like,” says Leila Ben Gacem, talking about her hotel. She  is also known for launching Blue Fish. “I love making the balance between economic opportunity and heritage preservation,” and adds, “It is small enough to create a shared economy and also small enough to be able to offer customized service.”

But restoring the 300-year old building was not an easy task. “We have spent a lot of money and time on everything from painting to carpeting,” explains Ben Gacem. It seems to have been worth it, as the hotel has has been declared TripAdvisor’s Travellers’ Choice of 2015, is nearly fully booked for the coming month and currently hosts guests from Saudi Arabia, Norway, Iran, Denmark, England and France. Ben Gacem is not your average hotel; it aims  to give its guests a “true Tunisian experience.”

Yet, its success might actually be its management style.

Bringing the medina back to life

The aim of the small crew of six - three women and three men - is to make the guests feel like home. “It’s like a family here,” says the manager Mohamed Ayman Mouhit. “Even the dining room is small to give it a feeling of coziness.” And Amel, the cook, offers traditional Tunisian food such as couscous and tajine. “We want our guests to be close to the Tunisian life. We even want them to be able to smell what the neighbors are cooking,” explains Mouhit.

“We want to give our guests an authentic experience,” fills Ben Gacem in. “It is something that we treasure, but it needs to come with an ecosystem, which is not totally ready yet.” Even though the medina has a lot to offer, it also comes with a lot of challenges, like logistics. “It took us quite some time to make it possible for guests to be able to come the whole way to the hotel’s door,” admits Ben Gacem. “We need more initiatives like Dar Ben Gacem here in the Medina,” argues Mouhit. “Our history is very rich but in the medina there are only three hotels like this. We need to diversify the service, we need more restaurants, cafés and a cinema!” 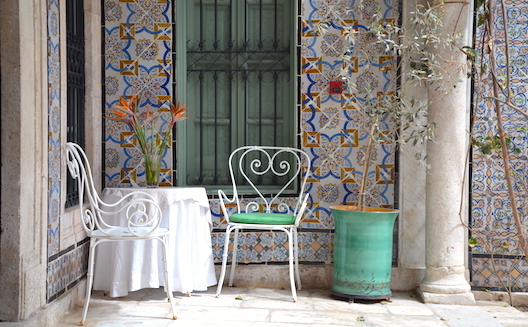 Other obstacles include everyday challenges such as language barriers, which sometimes create confusion. “Communication is key, but of course sometimes there are misunderstandings,” explains Ayman Mouhit. Finding motivated personnel who treat the business like their own, that’s a challenge, explains Ben Gacem. She has learned to hire motivated people who can multitask, and treat them like business partners.

“Research, learn, read and question everyday your business sector,” she advises. “Stay up-to-date with market changes, trends and competitors.” And communication, communication is essential, she adds, “Let your customers become part of your mission.”

Initially Ben Gacem wanted other enterprises in the neighborhood to benefit from Dar Ben Gacem and thus create a shared economic system in the medina, but it takes time. “I am a strong believer in the opportunities here,” says the founder even though, she admits stepping away from the all-inclusive deals is a challenge. “We’ve just realized how much opportunity there is here and how many jobs that can be created.”

She plans to use revenues generated by the hotel to restore other spaces in the Medina, starting at the end of the year. “Now it’s been two years and we have a bit of savings so, inshallah, if everything stays well then slowly we can begin to restore another house and then another one,” she says enthusiastically. “It’s terrifying and super exciting at the same time.” 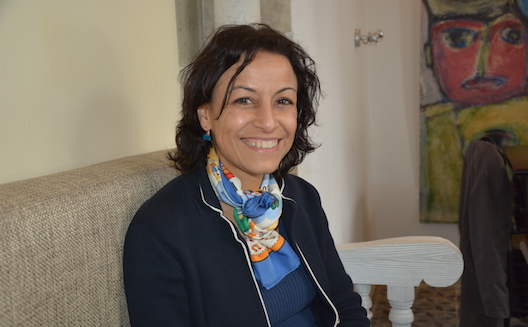 Leila Ben Gacem in her hotel

Ben Gacem uses some of the revenues to promote events in the medina. “It’s nice to align ourselves with other micro-businesses,” she says. She is collaborating with the Association for the Medina Preservation. “We try to present a new image of the medina to show to people that it is fun and trendy here,” she says and laughs.

Tunisia’s tourism sector has been struggling since the revolution, mostly due to the fragile security situation. More than 20 people - mostly tourists - were killed in a recent attack at the Bardo National Museum.

“We have already had 10 cancellations since the attack,” explains Ayman Mouhit seriously. Despite his concerns about the effects the attack may have on the number of tourists visiting the country, Ayman Mouhit is hoping the Ministry of Tourism will act in a decisive way, but admits that it’s too early to tell what the effect will be from the attack. Still, he remains optimistic. “When I speak to the different guests they say that they support us,” he says and smiles.

“We have also received emails from previous guests expressing their support and concern,” explains Ben Gacem, “It’s been very touching.”