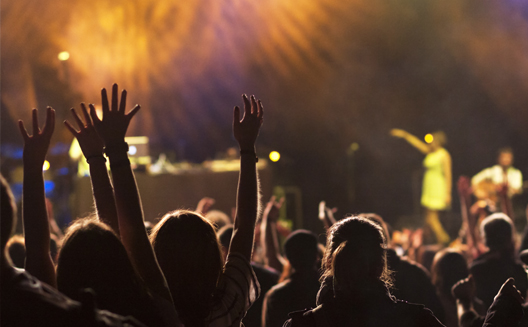 Keeping your app users engaged is an art and a science. (Image via eventasticme.com)

Through my work with AppsGuru I've seen many companies develop great apps, but few have discovered the right strategies to engage the crowd.

With millions of apps in different stores, the competition of today’s mobile landscape makes it significantly more difficult for startups to maintain a hold of their existing users when there are so many others competing for the users attention. Nearly three out of every four minutes of app usage occurs on Facebook, YouTube, Twitter or Instagram. This means that you have major brainstorming to do in order to increase your app’s usage.

Retention rate is one of the most important measures of apps value and success. Focusing on activating your churned users is cost effective and puts you on the path to growth.

Churn rate is the percentage of users who have stopped using your app in given time period.

In the app world, churn rate is relatively high, as many people download apps and eventually stop using them.

Yet, some of these users still have the apps, and are within reach. With the right rekindling, they can be transformed into active users again.

The key is figuring out how to reach out to these users without spamming them or using useless notifications like “Hey, where have you been?”  The strategy behind a successful reconnection is to give these churned users something useful to come back too. 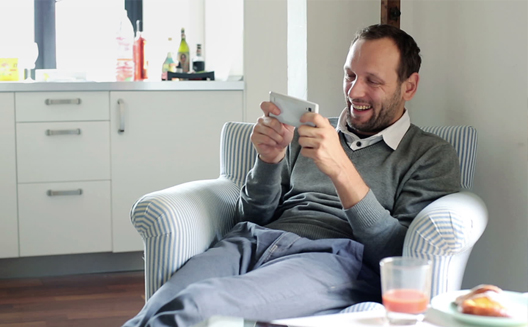 What all app developers should strive for: smiles. (Image via developer-tech.com)

Here is a sample scenario: you have just launched your app or it’s been on the store for a while and you start analyzing your traction. For example, your app has been downloaded 1,000 times, 10 percent of your users are active every month, and 70 percent of of those apps are still on users' phones.

Clearly you only have 100 users who are using your app on monthly base with a churn rate of 90 percent. Yet, 700 users still have the app on their phones and are waiting to be approached. The next question you ask is how do you notify them? There are several options.

Push Notifications: Target users based on interests and their geo-location to develop strong app loyalty. Maintain regular contact with your users but don’t spam them with messages on a daily basis. It’s about sending the right message to the right person at the right time.

The online video streaming platform Netflix does a great job  of personalizing their notifications to users. Rather than sending each user a notification every time a new episode of any show is released, users receive unique messages about specific shows they watch, like “House of Cards season 2 is now on Netflix” for example.

By contrast, easy to ignore push notifications like LinkedIn’s “Check out what happened last week in your professional network” define what the company does, and don’t offer any added value for users or a reason to click.

Build a strong community: Create a community of fans around your app and engage them frequently on social networks to communicate and share their passions with other users. It’s thinking about how to scale and create a brand rather than just an app.

Sport.com for instance, which has more than 30 health and fitness apps with combined downloads of over 45 million, decided to integrate a social aspect within its products.

FitNshare enables its users to share motivation, inspiration and progress photos with the other users, and in so doing form a community. Users are now exposed to new content onwhenever they log in, and constantly checking on their friends’ progress increases user engagement and retention.

Retarget: Increase the users lifetime value (LTV) on your app by encouraging them to spend more time using the app. The key is to constantly engage the crowd by personalized ad campaigns, new features or discount codes.

The appropriate approach could vary when looking at different apps. For example, a productivity app will likely have a different approach from that of a service app. It is essential to continuously conduct research on user behavior and modify your strategy to fit your customer’s needs.