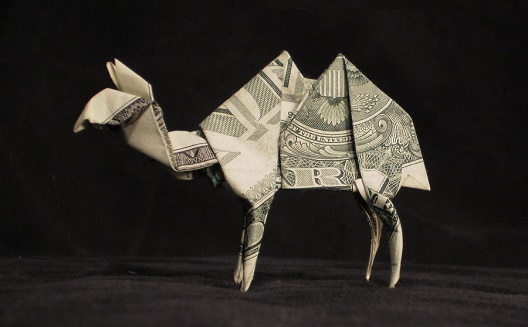 Egypt has made headlines lately for attracting a series of high-level venture investments from foreign players, but local investors are still the first port of call for local entrepreneurs.

Wamda talked to some of the key Egypt-born-and-bred financial players to discuss what they seek in a startup, their financial investments so far, and where they will put their money next year.

What are they looking for

The Angel: KI Angels has invested some $1.5 million since its launch in 2011 and is expecting to raise this by another $1 million by the end of this year. The company’s investments all went to Egyptian companies, which operate in the Egypt but generate revenues from services provided in the United States, Europe and the Gulf.

“The idea needs to fit the market and how much it can sell in it,” said Khaled Ismail, founder and chairman of the angel fund. “Whether they have previous contracts is also a factor we look into.”

Ismail explained that a clear financial vision that can prove the idea’s profitability chances encourages angels to invest.

The VC: Managing partner Tarek Assaad said Ideavelopers was still the only institutional venture fund in Egypt (although others such as Sawari Ventures’ new fund are fast encroaching on that space).  He said the partners believed in the power of technology, and was their main focus for investments.

For their investments, Assaad said the market that a startup operated in should be large and he also looked for teams who worked well together. He added that the product must be different from anything else on the market, and its ability to create revenue was also a vital point.

The Crowdfunder: Mohamed Ezz El-Din, CEO and cofounder of crowdfunding startup Tennra, said the company’s interest was in innovative projects that could grab the public’s imagination and solve social challenges.

Tennra supports innovative startups and ideas via a gamified system of soliciting funds.

The company’s latest project, ElRe7la, offers “an unconventional camping experience” to bring entrepreneurs and leaders together for networking.

“Typically B2C projects are more effective at crowdfunding, and we also love to see a positive social impact in the project, since we believe that entrepreneurship has the power to solve many social challenges, and we want to empower those projects,” Ezz El-Din said.

The Angel: Since the beginning of 2015, KI Angels has invested between $300,000 and $400,000 in second and third round follow-on funding for companies that have received financing before.

Ismail did not wish to disclose any of the fund's investments, but it has invested in one publicly: Jobzella in 2013.

Independently of KI Angels, Ismail is working with the Egyptian American Enterprise Fund to close three deals with new startups.

“They are all at term sheet level so we can’t disclose any further details,” he said, but he did reveal that the volume of investment in those deals will be around $5 million.

The VC: Ideavelopers started their first fund in 2004 with a total value of $6.4 million and have invested it completely. The second fund amounted to $27.5 million and the majority of it has already been invested.

“[We are currently investing] in our current portfolio and not making any [new] investments outside,” Assaad said, adding that there were plans afoot for 2016, but nothing he’d disclose yet.

The Crowdfunder: Tennra has recently crowdfunded a project named Awraq (papers) by a 16-year old named Ahmed Gamal. Awraq seeks to help other businesses create their simple financial analysis and business strategy through answering questions presented on a deck of 50 cards. According to Tennra’s official website, around $2,700 has been pledged to the project so far.

Ezz El-Din said that his company hopes to see almost $1 million worth of projects funded in 2016 in Egypt. Tennra’s upcoming campaigns will include solar-powered lighting, locally-produced canvases for artists, and YouTube video series aiming to change harmful behaviors.

The Angel: Ismail said some start-ups lacked the right product-market mix, explaining that the product offered might be innovative but the market also has to need it in order for it to succeed. The lack of this mix meant that some startups struggled with marketing and generating revenue.

“The plan would say that the company will break even within two year but that doesn’t happen,” Ismail said. He added that VCs then face the challenge of “how to finance a company that is not profiting”.

One solution would be to minimize the funding, an idea that is not appreciated by the startup founders.

The VC: Assaad said the regulatory environment in Egypt could be “tricky”, explaining that from a regulatory perspective “it can be difficult to manage a local fund”.

The Crowdfunder: For crowdfunding platforms like Tennra, the main challenge lies in the low level of awareness of what such platforms can do.

“Another challenge is that the skills required to create quality campaigns are mostly lacking,” Ezz El-Din said. “We’re doing a lot of work to support projects as they build their campaigns, to make sure they have the highest possible chance of being successful.”

Despite the challenges, Ezz El-Din said they’d seen a wave of different initiatives building the entrepreneurship ecosystem during the past few years, educating potential entrepreneurs and supporting those who chose to go down that path.