Editor's note: this is the second of two articles on diaspora engagement. You can read the first one here. 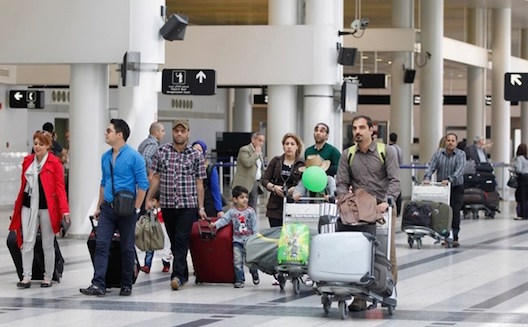 The diaspora is more than a source of tourism dollars. (Image via The Daily Star)

Members of the diaspora should not be viewed solely as sources of talent, connections and money.

As noted in Social Entrepreneurship in the Middle East, they are also consumers and traders. This means the diaspora is a market. It is the case with Lebanon, as with other countries, and there are four key groups who make up this market.

Various sectors in Lebanon generate diaspora revenues, starting with the travel and tourism sector. The Lebanese diaspora comes back home to visit relatives, spend holidays, discover its roots, and celebrate weddings, among other things.

Diaspora members “are responsible […] for much of the prosperity of the [Lebanese] tourism industry”, argued Guita Hourani in various papers.

Tourism made up 8 percent of Lebanon’s GDP and 7 percent of employment in 2014 (21 percent and 20 percent, respectively, if we take indirect contributions into account), according to the World Travel and Tourism Council.

A new airline route opened in June by Equatorial Congo Airlines (ECAir) between Brazzaville and Beirut - the third non African destination of ECAir - is directly linked to the presence of a Lebanese community in the Republic of Congo.

Yet since the Syrian war started, tourist entries to Lebanon gradually shrank from 2.2 to 1.3 million between 2010 and 2013, according to the World Bank.

The travel industry started recovering this year. The government is aware of the tourism potential of the diaspora – all the more as the latter is “less influenced by the security situation in the country”, according to the Ministry of Tourism's Rural Tourism Strategy report.

Diaspora tourism is especially powerful: it opens opportunities for the diaspora to reconnect with the country in many ways – including business and philanthropy.

This year, Lebanon is launching a five-year tourism promotion plan, including a diaspora initiative called 'ANA' in Arabic, in cooperation with the United Nations UNWTO arm. The aim is to convince 10 million Lebanese living abroad to visit Lebanon at least once in their life.

The Lebanese food business also derives sales from the diaspora.

Many Lebanese migrants sought assimilation in their residence countries but they kept a number of traditions – especially cooking and food. Food is an accessible piece of Lebanon, whether at home or at local restaurants. It is also a way to nurture social networks. Interestingly, culinary practices resist acculturation.

International literature (beyond Lebanon) shows that food is the last thing emigrants lose – long after their language, religion and manner of dress (the phenomenon is well depicted by Hanane Mouawad). Recipes are passed down within families through generations. Ali Abdallah and Kevin Hannam highlight how the Lebanese diaspora drove the emergence of Lebanese grocery stores, restaurants, and cafes globally, and established Lebanese cuisine worldwide. 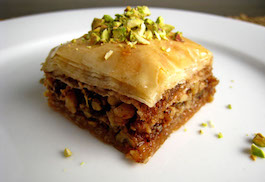 “The most famous baklava patisserie houses in the Middle East and abroad are Lebanese, e.g. Bohsali, Samadi, and Hallab,” she wrote.

Hourani reports that Lebanese diaspora regions (Brazil, the US, Australia, Europe, and the Middle East) are the top ecommerce markets for Lebanese pastry companies.

3. Buyers (and sellers) of ethnic products

Handicraft, furniture, clothes and cultural products from the homeland appeal to diaspora communities, and represent an opportunity for a small market like Lebanon.

Some diaspora members are customers with significant purchasing power. So-called 'ethnic' purchases are a way for diaspora members to assert their identity - and pride - and to nurture their roots. The rise of ecommerce in Lebanon is an opportunity to market to the diaspora. 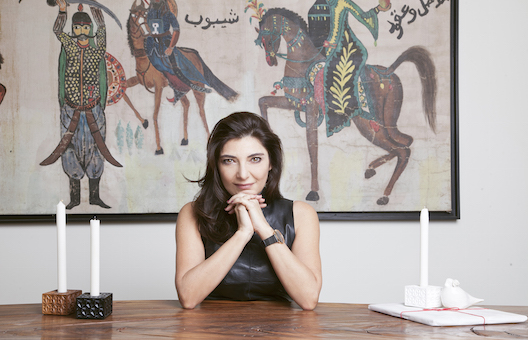 Nada Debs recognized the value of the diaspora market early on. (Image via Paddle8.com)

Furniture designer Nada Debs - also a diaspora returnee - built an international client base of Arab diaspora communities, among others.

Lebelik, an ecommerce platform for Lebanese fashion designers, gets a third of its sales from abroad, mainly from the Lebanese diaspora. Its top three international markets are the UAE, France and the US. Some purchases on Lebelik represent gifts for relatives in Lebanon – paid for abroad by Lebanese diaspora clients and delivered in Lebanon, a practice described as split marketing.

A Lebanese Archive, a book that compiles a century of photographs of Lebanon and the Middle East collected by Diab Alkarssifi and funded through a Kickstarter campaign, is bound to raise interest from Lebanese diaspora readers.

Movies by Nadine Labaki, like “Where Do We Go Now” and “Caramel”, and music by Mashrou3 Leila are a case in point. Even if their respective audience is much broader than the diaspora, the latter forms a key market segment. Mashrou3 Leila performed multiple concerts in countries with a heavy Lebanese diaspora presence, in Europe, North America and the Gulf. 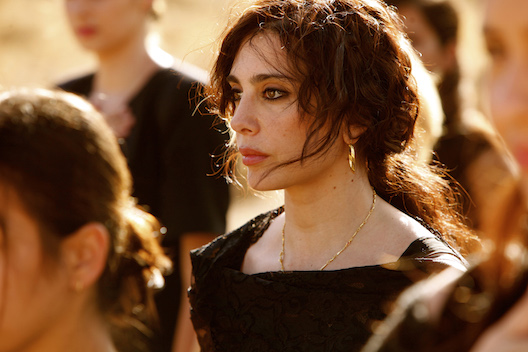 A screenshot from Nadine Labaki's film "Where Do We Go Now?" (Image via Metropole Films)

Language services also belong to the ethnic product category. Arabic classes are attended, among others, by diaspora students, both abroad (for example, at the New York premises of LAU) and in Beirut (not least at the AUB CAMES Arabic summer program).The tourism, food, craft and arts sectors already serve Lebanese diaspora customers, and thus support the Lebanese economy.

Yet the diaspora does more than just pay for Lebanese products and services. It also makes money by selling goods from Lebanon, thereby expanding the market for Lebanese companies.

Brazil is the first 'Lebanese' country in terms of diaspora population. It is easy to picture the Lebanese diaspora businesses in Brazil, as described by scholar Robert Moser.

"[In] Sao Paulo or Rio de Janeiro, you can find entire blocks of textile and clothing stores that have been run by generations of Lebanese families selling their wares. Then you might turn a corner and come across bakeries and restaurants selling very traditional Lebanese food. […] In downtown Rio, […] there is a hundred-year-old tobacco shop called the Cedar of Lebanon.”

Some will argue that the diaspora market is small. Yet with a Lebanese diaspora four times the size of the country’s population, the challenges lies in marketing (identification and communication) and logistics (legals, payment, shipping) rather than in the market opportunity.

Most importantly, diasporas are more than customers and traders. They are often first-movers on a new product. As such, they are potential promoters of Lebanese products and services to non-diaspora people. This unofficial ambassador role is crucial for market expansion.

The world-renowned baklava business Hallab is clear: “[Our] customers consist of the Lebanese diaspora communities and those who get references from their friends about the site,” Hourani wrote.

The idea behind Lebelik, the Lebanese fashion ecommerce platform launched by Louise and Michel Doumet, came about because Louise was repeatedly complimented on her Lebanese outfits while in New York. Where did she buy her dresses, tops, earrings, they asked her. This is precisely an example of diaspora soft power, and evidence that Lebanese design appeals to global markets.

The Lebanese diaspora values better than any foreigner Lebanon’s talents, products and services. It sees business opportunities at 'home'.

To Lebanon – and to so many other countries: help your diaspora help you. And please, remember their hard and soft powers and interests go far beyond charity and investment.