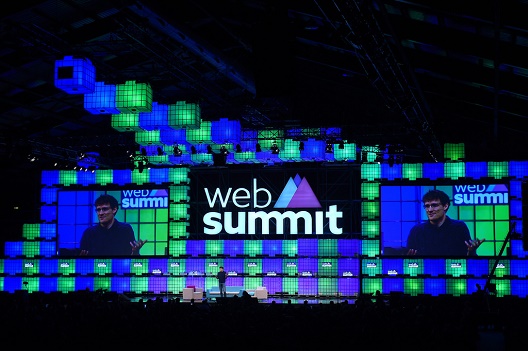 This year’s Web Summit was a clear demonstration of the world’s swelling interest in startup potential, and of MENA startups’ interest in expanding their reach outside the region.

Last year only 11 startups from MENA attended, but this year there were four times that number exhibiting during the three day summit, held over November 3-5.

Doha Tantawy, cofounder of Egyptian startup Easy Pan, said she was exhibiting at the conference to gain global exposure ahead of the startup’s launch on November 14. Easy Pan is trying to break into the increasingly competitive food delivery market with a ‘recipe kit’.

She echoed comments by other founders who said they were attending to scope out competitors, and to access the huge number of investors who gather at the summit and, crucially, to gain idea validation - the compressed global outlook provided by an event like Web Summit helped entrepreneurs benchmark their own endeavor on a global scale.

Tantawy had found that European investors in particular were very interested in the potential of the Egyptian startup ecosystem.

“I am hoping to find the technology I need to perfect the features of the Howlak app, which is a restaurant rating and opinion app that uses visual ratings and short opinion polls to help you quickly discover and share what's good around you,” he told Wamda.

Web Summit media coordinator James McCann said one aim of the summit was to foster interactions between entrepreneurs from a wide array of different ecosystems, which could potentially later turn into cross-border projects. 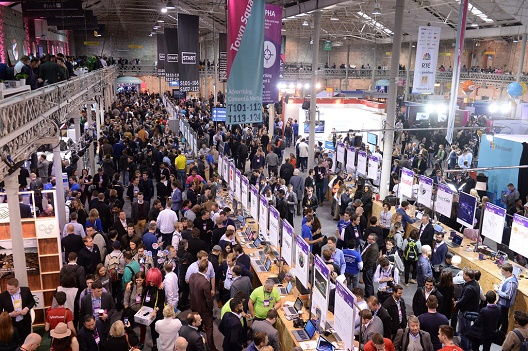 Multiply this cross-section by at least eight-fold to get the actual scale of this event.

McCann called MENA a highly relevant ecosystem which the summit wanted to include in its series of global events.

The countries with the highest number of startups exhibiting were UAE, Egypt and Jordan, with small presences from Lebanon, Palestine and Qatar. Most of these startups were early stage businesses.

Also from Egypt were Vidmy, a website builder that allows people to monetise their videos and fan base, and Webville, a rating plugin which adds a human element to a search engine, unearthing quality content that might be buried in pages further back in a search.

Startups from the UAE, on the other hand, championed more lifestyle-oriented startups.

There were the likes of Virtual Concierge, Exclusive Tables, a company that rose from one expat’s trouble getting tables at posh venues, and Charterscanner which is almost the Uber for private charter planes.

Lastseat is a joint effort by three young professionals based between Dubai and New York who want to bring both budget conscious travellers and airline incumbents onto a platform which allows travelers to bid on airline tickets.

And Swiffix, which allows you to book expert handymen, electricians and plumbers in minutes.

Over 2,141 startups exhibited at Web Summit this year, and at least 1,000 investors from the world’s leading funds were scouting for the next big thing.

The cross-cultural meeting point is an important date in the calendar for many startups, investors and the host country, Ireland, which is why the organisers’ decision to move the summit to Lisbon next year was a blow for the Irish.

Paddy Cosgrave, the mind behind the summit, said it had crossed over from “event status” to become a data-centric startup itself. He said they had effectively harnessed the event’s data to tell stories and “to engineer serendipity”.

McCann said IoT was a massive trend at this year’s summit, so much so that they had to enlarge the machine-oriented arena. 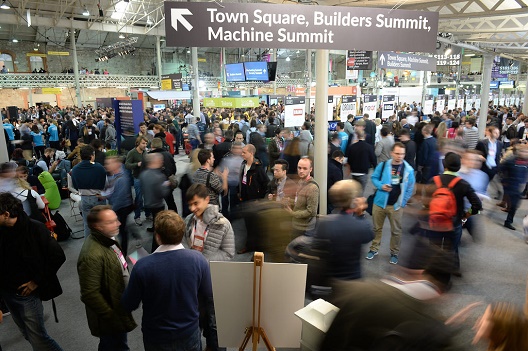 The machine summit was front and center of this year’s event.

Ibtikar is a government funded project aimed at bringing tech and IOT to schools to push science, technology, engineering and mathematics (STEM) education in the UAE.

“The summit was very helpful in term of meeting potential partners, we already had some fruitful talks with Microsoft and some other probable investors, getting access to the unique conditions of such massive tech players can do volumes for us,” said Ibtikar project manager Tiago Caldiera.

However, the human resources space had a massive presence at the summit, with MENA startups EME, Jobland and Impressme in attendance.

Impressme is an AstroLabs startup. Cofounder Amit Ramdath explained the usefulness of a video-based resume that employers and candidates could use to simplify the talent or job hunt.

Ramadath, as well as other AstroLabs in attendance, wanted to expand into Europe and North America and was using the summit as a segway to do so.