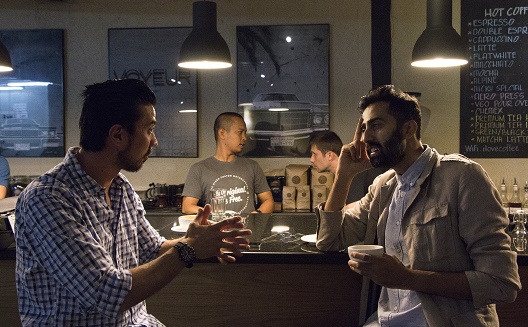 The caffeine was flowing and the crowd was a-buzz at Dubai’s first FUN event - but it wasn’t ‘fun’ everyone had come to hear about.

The sold out Café Rider was stacked with people wanting to hear tales of startup failure: what they did and how they dealt with it.

FUN Dubai or to give it its full name, FuckUp Nights Dubai, was an idea hatched by Jay Menorca, owner events company Abregana, after he saw the concept on social media.

"For the first year and a half of the business, it's been very hard for me, and I've been looking for someone to talk to... a close group in the UAE that I can just vent out my frustrations with and then move on to the next day," Menorca said, on his early experiences as an entrepreneur.

Then one night he received an email asking if he’d like to host FuckUp Nights in Dubai, and on December 14 Menorca and a group of friends launched it with the UAE-friendly name FUN Dubai (‘FuckUp Nights’ couldn’t get off the ground).

Menorca said the event wasn’t for everyone.

"There were two to three speakers who first said 'yes' then said, 'we don't think that this event will be a good image for our company, so we're backing out’,” he said, adding that they wanted people with grit who could bare everything before an audience.

FuckUp Nights is a global franchise and community of entrepreneurs who share their stories of failure. The first event started in Mexico in 2012, and has spread throughout the world.

The evening’s line up featured the CEO of GlamBox Nada Zagallai, Osama Romoh of Digital Labs, Tahir Shah of Moti Roti, and Daniel and Chris Vahanian of Organic Press Juice (pictured below, left to right. Image via Instagram). 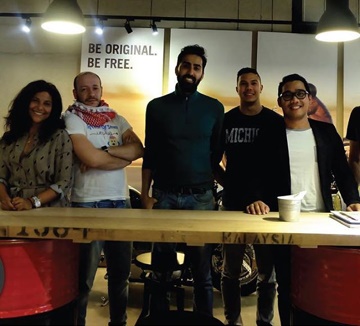 Before baring their souls on stage, the Vahanian brothers were quick to say their now-successful enterprise wasn’t always as seamless as it looks.

Chris said they spent 24,000 dirhams ($6,500 USD) on a website they never used. Daniel admitted his years working in the construction industry contributed to an automatic level of stress when problems arise.

“I worked in construction for 10 years, and the pressure on the construction site was twenty-four-seven,” he said.

It was 2009, when online purchasing was still unknown territory in the Middle East, and her blinding ambition fueled her into a continued spiral of micromanagement without any knowledge base or outside expertise to back her up.

“I had no idea what I was doing most of the time, but I felt like I had to do it anyway.”

During the Q&A, an audience member asked Zagallai what she would have done differently. She said people should learn to “say things no matter what the consequences are...call out red flags”.

Osama Romoh, founder of the now-shuttered company Digital Labs, remembered going back to square one after making the mistake of giving a majority share of his company to another investor who failed to keep the company’s best interests in mind.

“I had to fire the whole team in one simple meeting.”

Taher Shah, CEO and founder of Moti Roti, made a 180-degree turn when he went from working in IT at Nokia, to opening a Pakistani “soul kitchen” in Dubai, and said a lot of his trials stemmed from the costs of starting a business in the UAE.

As one of the first food trucks in the country, Shah quickly learned that “you can’t just rock up in a food truck”. Dubai food trucks, including proper licensing and municipality approvals, can cost anywhere between $136,000 and $545,000.

"In the old days, I had no resources. It was down to just pure hustle,” he said.

Shah still struggles but said Moti Roti would not have grown to where it is today without failure.  He urged the audience to understand that failure was part of being human.

“That’s how we learn.  Failure is that absolute building block.”

Failure can lead to a brighter future

At the end of their talks, all of the entrepreneurs agreed that their failures had ultimately led to something greater.

“The embarrassment and pain climb over you,” she said after the business folded after three years.

Then she got a call from the founding partners of GlamBox which she leads today as CEO. She realized they saw “immense value in epic failure”.

“GlamBox has been my redemption moment,” she told Wamda after the event, adding that the company was scaling up and making its debut in her old stamping ground of Saudi Arabia.

She was careful to add that growth was almost like starting up again - there’s always the fear of failure - but noted that "we're at the cliff and we need to jump off”.