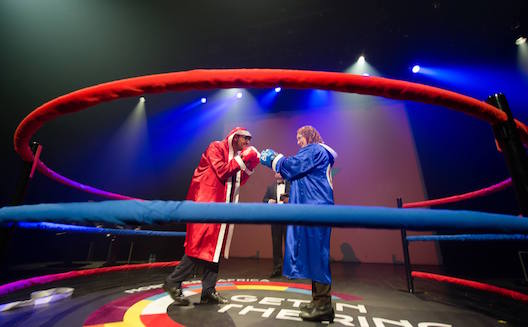 When Moroccan and Algerian startups meet. (Image via Startup Maroc)

Is Morocco’s future tied to Africa, the Middle East or Europe?

The answer isn’t obvious for the inhabitants of Morocco, who are historically and geographically close to France and Spain, culturally and lingustically part of the Arab world, and African from a geographic and economic standpoint.

Startup Maroc kicked things off in January with Startup Africa Summit, a week before Seedstars Africa, an event co-organized by StartupYourLife on Saturday.

Moroccans are curious about Africa

The auditorium of the Villa des Arts Vivants in Casablanca was packed on January 23. Students, young parents with kids, 50-year-old execs - the event drew a wide cross-section of people, mostly Moroccan.

Despite Startup Maroc’s best efforts to give the event an international flavor, some speakers preferred to speak in French, proof if  needed, that Morocco will not become an international hub overnight. Yet Morocco and other African countries - English and French-speaking alike - have a lot in common.

Unlike Silicon Valley or Chile, African entrepreneurs didn’t have the backing of a government military complex to fund research programs, or state initiatives to attract startups. They had to build their own ecosystem.

“It’s the communities who take the initiatives, governments arrive as backups,” said Abdelkrim.

In Nigeria, for example, entrepreneurs launched the Co-Creation Hub in Lagos. The collective convinced many Nigerians to start their companies and enabled local players to organize and structure themselves.

Four years after its launch, the government came to help with fiber-optic cables and funding, and a large part of the country’s startups are now based around the hub.

Funding is also growing fast and structuring itself throughout the continent. VC4Africa gathers and trains venture capitalist firms.

L’African Business Angel Network, launched in 2015, is progressively opening chapters across Africa to educate private investors how to invest wisely. They aim to convincing them to invest 10 percent of their budget in startups, risky investments that can pay off in a big way. 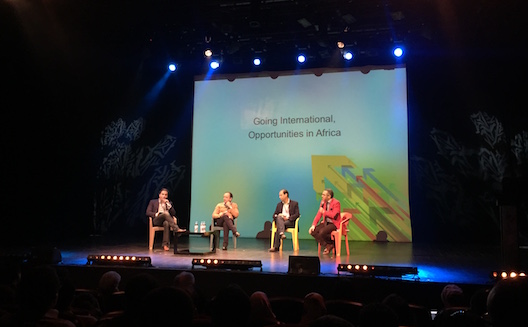 The most dynamic startups have an international dimension

African countries all benefit - to varying degrees - from their diaspora coming back and bringing the latest best-practices, new approaches to innovation, capital and contacts.

For Abdelkrim, the most dynamic African startups often have founders who lived abroad, who have a global vision and ambition.

This is certainly the case in Morocco. Algo Consulting Group, Caciopee and PayLogic are all fast-growing Moroccan startups. They have one thing in common: they’re looking to Africa.

“Morocco is a good school,” said Algo Consulting Group’s Tarik Fadli, “but Africa is the university.”

Investors and entrepreneurs concurred throughout the day: Moroccan entrepreneurs will get lost in Silicon Valley’s crowd, and will suffer setbacks associated with not understanding the culture there. They’re better off focusing on markets more accessible to them.

“Focus on the markets at your doorstep. If you execute well, you shouldn’t have troubles finding funding. We’ll invest,” said 500 Startups’ Hasan Haider.

But this only works if entrepreneurs know how to pitch their companies and their successes, two weak points for North-African startups, he added.

That’s why events like Get In The Ring exist. 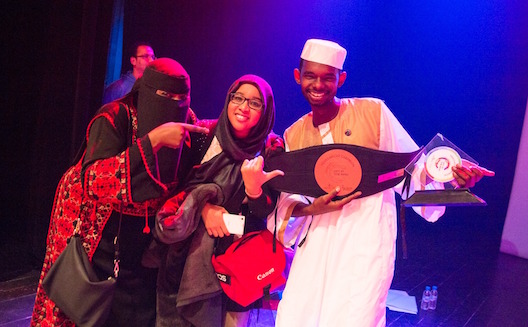 Get in the ring

The day came to an end with the North-Africa finale of Get In The Ring, one of the most entertaining and efficient pitch competition there is. Startups face each other on a boxing ring for four 30-seconds-long rounds during which they present: 1- the team, 2- accomplishments, 3- business model and market, 4- investment proposition.

Entrepreneurs who joined the two-day bootcamp that preceded the final were impressed with the quality of the mentors and glad to talk to international players.

“I’ve been able to meet people living in African countries which allowed me to build local contacts,” said Fleur-Eve Le Foll, founder of coding school Cod Cod Codet who replaced an African entrepreneur who didn’t get his visa.

Americans and Europeans brought a straightforward style that’s often lacking in Morocco, she added to Wamda.

The final’s winner– Morocco’s Lik in the light-weight category and Sudan’s Smart Delivery in the middle-weight category – will face entrepreneurs from the rest of the world during a world final in Colombia.