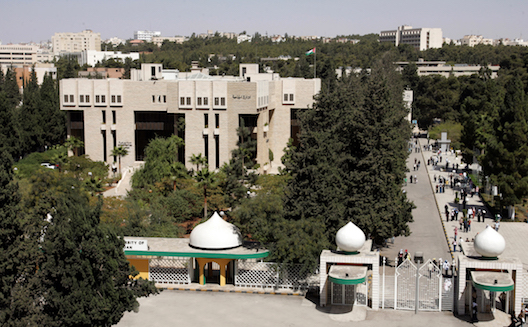 The University of Jordan recently announced that it had established a new center on its campus devoted to supporting innovation and entrepreneurship among its students and staff.

The Innovation Center, or UJIC, highlights the university’s recognition that its students needed more resources related to entrepreneurism and innovation. It also reflects a similar trend in higher education across the Middle East and North Africa.

“We seek to be an agent for transformation through an entrepreneurial spirit, generating innovations from the ideas that grow at the university and translating those innovations to positively impact individuals, communities, institutions, and societies,” said the center’s founding director, Professor Arwa Hamaideh, in a press release.

For years, both entrepreneurship and innovation have widely been regarded as important ways to diversify and build stronger economies in MENA.

And the region’s sizeable youth population has demonstrated an appetite for entrepreneurism. In 2010, according to a study conducted by Silatech, 26 percent of youth in the Arab world planned on opening their own business in the next 12 months. By comparison, only 4 percent of youth in the United States had similar plans during that same span.

In the last decade, numerous business incubators, accelerators, coworking spaces, and grassroots communities have emerged to offer support for startups in MENA.

But with the exception of a few large universities like King Abdullah University of Science and Technology [KAUST] in Saudi Arabia, and youth-focused organizations like INJAZ, students interested in entrepreneurism have encountered a widespread lack of available resources provided by higher education. 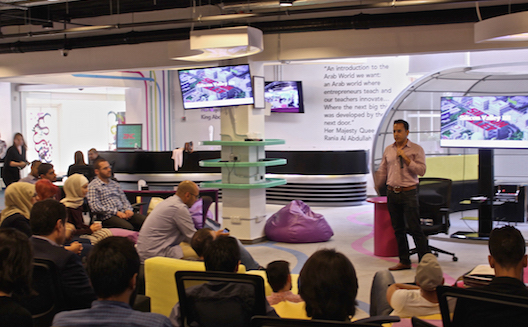 Zain's Innovation Campus, one of the preexisting coworking spaces serving entrepreneurs in Jordan. [Image via Wamda]

And the absence of entrepreneurism-focused programs alone isn’t the only problem.

In a 2014 poll conducted by Bayt.com, 73 percent of students in locations across MENA believed that their creativity was being stifled by the education system in their country.

Student’s interested in tech in Jordan have cited outdated curriculum, weak lectures, and a lack of focus on innovation and creativity as reasons they’re disappointed with their university programs.

Universities all across the region offer business programs and technology programs, but few offer any that combine the two, or provide ways to turn applied research into potential business ventures.

That’s beginning to change, as universities have slowly begun integrating entrepreneurism and innovation into their offeringsas evidenced by the UJIC.

But many aspiring business owners and tech innovators haven’t waited around for that to occur, turning to sources outside of the academic world to help them transform their ideas into enterprises.

Some aspiring entrepreneurs choose to drop out, citing curriculum or certificates being irrelevant to their goals. Others forgo college altogether, like Lebanon’s Jihad Kawas did after receiving $100 thousand to fund his startup Saily.

Either way, many of MENA’s youth are taking a proactive role, pursuing tech and entrepreneurship on their own terms.

Unfortunately, this can be risky. The fact that up to 90 percent of all tech startups fail attests to that.

Resources like incubators and accelerators are foundational building blocks of MENA’s startup ecosystem, but weeklong bootcamps and programs designed for growth-stage startups aren’t ideal for idea-stage or pre-seed companies.

Gaps in early training and education for entrepreneurs forces many to learn the hard way.

But initiatives like the UJIC show that higher education institutions are becoming aware of the role universities can play in local startup ecosystems.

In recent years, programs devoted to entrepreneurism and on-campus incubators have been popping up all across MENA, from Morocco to Kuwait.

That’s in part because universities have realized that creating an atmosphere for entrepreneurism and innovation is not only a sign of the times, it’s also beneficial for the universities themselves.

A key reason for founding the UJIC is, according to its website, to promote a “Made at UJ” concept. Successful ventures and research originating at the university will help raise its profile.

“We seek to invest in the human resources of the university members and prepare all of the university community for innovative leadership and to actively support and encourage the translation of knowledge in the service of society,” added Hamaideh via press release.

Establishing the UJIC is part of a strategic plan to promote the academic research emerging from the university and build partnerships with public and private sectors.

At the time of reporting, it’s unclear if UJIC has formalized any specific partnerships with regional companies or initiatives.

But what the UJIC has formalized is an important first step for higher education in Jordan, giving a group of student entrepreneurs a foundation on which to start building.