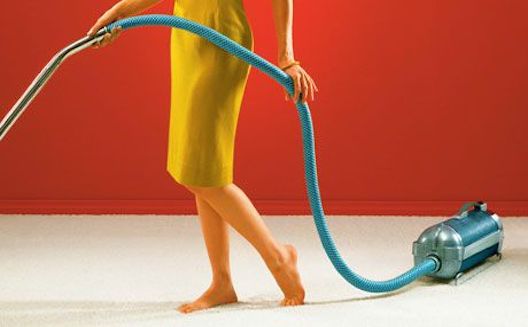 Outsourcing your housework can be a chore, pun intended. (Image via Stephen Swintek/Getty Images)

JustMop, the latest addition to a growing number of domestic cleaning services out of the UAE, has announced that it’s raised an undisclosed round of investment.

The investment, finalized at the end of 2015, was led by Yemeksepeti founder Nevzat Aydin, along with two seasoned Turkish investors Aydin Ozol and Gokce Kabatepe.

JustMop, a search platform for cleaning services, was launched at the start of 2015, now has six staff members. The founding pair, Kerem Kuyucu and Ali Cagatay Ozcan, have until this point been bootstrapping.

Bertan Yeniceri, an angel investor from Turkey, was also part of the round.

Immediate plans for the platform will see an app launched before the end of February. Currently, users are using the service through their website: 50 percent of bookings come from mobile users.

While homeowners are the target audience at the moment they do get positive feedback from offices using their services. “Our ultimate aim is to be the go-to cleaning platform when a homeowner or business needs cleaning,” Kuyucu told Wamda. 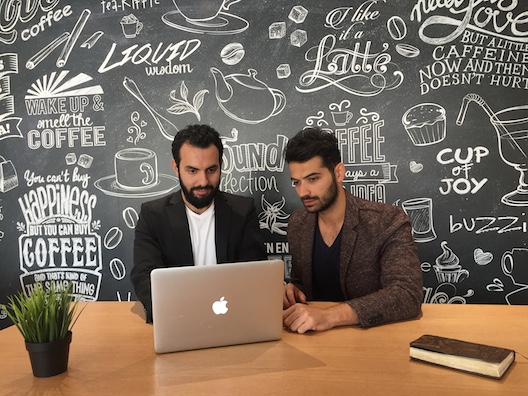 The founders have extensive experience in the website/ecommerce sector; both are former employees of Rocket Internet in Turkey, and Kuyucu founded Carmudi Middle East for the German firm.

They have high hopes for JustMop and told Wamda that before the end of 2016 they would be operating in at least two other countries.

In 2012, when Rocket Internet Turkey shut down all operations one morning at 3am, the pair saw it as a sign that it was the time to build the startup they had been talking about. “We were unprepared and heartbroken but we always try to find the positive in every challenge,” said Kuyucu. “When they announced they were shutting down we thought it was a sign for us to do something on our own.” 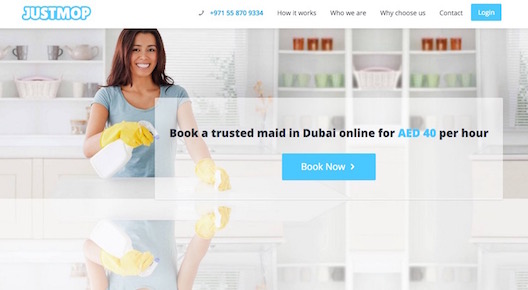 Their dream of a startup together became reality eventually when Ozcan got married in 2014.

He was bringing his new wife to Dubai. “Being a Turkish lady, she is very picky, especially about cleaning,” said Kuyucu. “He was supposed to find a maid, up to her standards.” After six attempts to find a good service Ozcan was apparently at his wits ends, but it was also when the pair had their 'aha' moment. “The pain point was clear, people were not able to find a top-notch cleaning service in their first trial.”

Kuyucu told Wamda that for the moment they would be focusing on three areas - team, tech and marketing. They will be growing the team; investing in their technology; and coming up with scalable solutions for their partners and users.

While cleaning services are a departure from food delivery, the founders were in no doubt that having someone like Aydin on board was going to be a bonus. “They are both online marketplaces and we are already implementing a lot of know-how we gained through our Foodonclick.com journey. Now, with this investment, we will not have to reinvent the wheel.

“His extensive know-how is going to take Justmop.com to the next level,” said Kuyucu. “And we have so much to learn from him.”

Wamda has previously covered the plethora of cleaning services popping up in UAE. Of course, these are the ones that JustMop will be looking to work with.