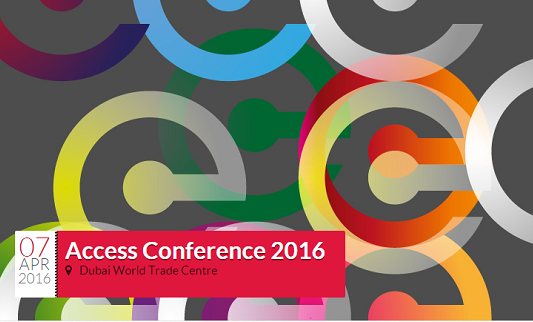 ACCESS Conference will once again run alongside Middle East Film and Comic Con (MEFCC), the first and largest popular culture festival in the region. MEFCC is now one of the most talked about events in the Middle East and is a showcase of Film, TV, Sci-Fi, Animation, Manga, Comics, Collectibles and more. ACCESS will take place between April 7 and 9 at Zabeel Hall, in The Dubai World Trade Center.
Now in its second year, The ACCESS Conference will take attendees on a journey alongside some of the world’s leading entertainment brands. Join the cocreator of Deadpool, Marvel Comics' ultimate anti-hero and now one of the biggest movies of recent times.
Meet producers of globally successful entertainment properties and learn the part that media plays in creating a blockbuster hit online, on-screen and in print! Gain retail insights from the creator of cult brand TokiDoki and delve into the world of licensing with LIMA and industry leader Viacom.
Who Should Attend?
Everyone connected to the entertainment, retail, licensing or media industry – whether from the private sector, government or creative industries.

This is a unique chance to network with leading professionals from the region and beyond, connect with peers, investors and collaborators in multiple areas of interest.

Get your tickets now here.