Azza Faiad’s passion for science started in a taxi ride late in 2010, a ride which sparked a potentially multibillion dollar idea to create biofuel from plastics.

It was then she realized how big Egypt’s energy crisis was. The shortage of fuel in the country resulted in congestion around stations as drivers lined the streets waiting to refuel.

Faiad, 20, says although progress on the idea has slowed since the initial excitement it’s still in motion. 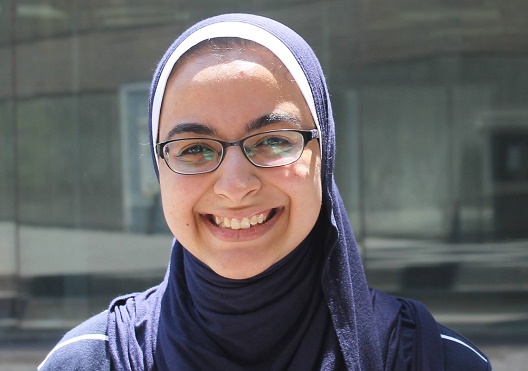 Azza Faiad has recently started her undergrad engineering studies at the University of Alexandria. (Image via Azza Faiad)

The birth of a scientist

Faiad, who was 16 at the time, was starting to learn about the different types of waste in school. The top two were paper and plastic.

"I felt like I didn't have a new idea to offer in the field of paper so I decided to use plastic,” she said, explaining that what also encouraged her was the fact that, "I had higher potential with plastic because its source is hydrocarbons which is also the initial product in any type of fuel.”

Faiad was also in desperate need of an idea for the National Science Fair competition in 2011. She had limited information about organic chemistry and she needed to start from the “basics”, and it took her around four months to learn the aspects of the cracking process.

“We hadn’t started those studies in school so I had to read on my own and research scientific journals and learn.”

The young researcher was helped by her parents - who are not scientists but encouraged her to become one - and two science professors who helped her to understand how the idea could be applied using proper scientific methods.

"Azza came up with the idea. She went to school with my kids and she reached out to me to help her with the research process," he said.

"I taught her about writing research papers and how to conduct a research as well as the basic material she would need to conduct the experiments," he said.

But to conduct the experiments they’d need a specific kind of high pressure reactor, the kind located in the Egyptian Petroleum Research Institute (EPRI) in Cairo, so Faiad started preparing her paperwork to request access to the labs. The Alexandria Bibliotheca sent an official letter to the institute requesting that they allow Faiad to start her experiments with them.

“Part of the library’s programme was to look at institutes and research centres that would help applicants so an official letter was sent and I got the approval to start,” Faiad said.

Faiad's plan was to recycle plastics by breaking them down through the process of catalytic cracking.The process uses calcium bentonite clay as a catalyst to break down waste polyethylene plastic, such as plastic bags and bottles, into gases including methane, propane, and ethane. These hydrocarbons could be then used as source of fuel such as natural gas, butagas and ethanol. 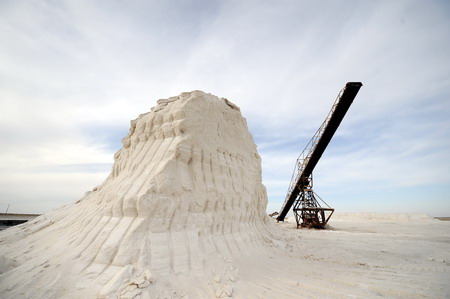 While doing her research, Faiad had stumbled upon some studies that used a clay catalyst. When she headed to the EPRI, she found the chemical compositions of the clay catalyst to be extremely close to the catalyst used to convert plastics to fuel. With further studies and guidance from the EPRI, she realized that calcium bentonite also had the same chemical characteristics and she decided to use it instead because it was abundant and cheap.

The process itself is not new, but Faiad said the type of catalyst allowed the process to take place without emitting toxic gases, and at a lower temperature.

This meant both energy and money would be saved.

Faiad was given free space by the EPRI for a month in February 2011 to do experiments on her ideas. Professor Mamdouh El-Melawy, another mentor, worked with her during the experimentation phase.

Schools were closed at the time due to the 2011 uprising in Egypt and she had free time to work on the project during that month. After schools reopened and exams were over, Faiad was nominated for the European Young Scientists (EUCYS) competition and she went back to the EPRI to continue with her experiments during the summer of 2011.

Throughout the process, Faiad’s parents supported her financially and the EPRI helped her continue working.

"I don't know how much working with these devices and materials cost but [the EPRI] just gave me free access to them," Faiad said.

International competitions and beyond

From September 2011 onwards Faiad has been attending international competitions and conferences, raising her profile in the international scientific community, but took a break from turning plastics into fuel.

Right now, to get the idea off the ground two things must happen: more study and some negotiation.

Faiad was intending to have the idea patented in 2012 but only said the delay was due to more study in to the process being needed.

Two companies have approached Faiad to take her project to an industrial level but no agreements have been reached yet.

“I can’t disclose the companies’ names yet because it is still too soon,” she added.

Faiad’s passion for science have only increased since her first project. She is now pursuing new projects that are related to solar energy.