Imagine looking through a microscope and seeing a fully-operational machine, with tiny motors and micro-sized mirrors to redirect light beams, all moving in sync to perform feats much larger than the sum of their parts.

These ‘robots’ are called MEMS, a micro-electrical-mechanical-system with moving parts as opposed to the electronics chips on which the global tech industry is built whose stationary components redirect electrons.

It’s the mechanical equivalent of an ant colony - each component does a specific task in an exact manner, and the colony essentially functions like a larger organism.

In Egypt’s growing semiconductor sector Si-Ware is one of the leaders of MEMS development.

“MEMS is a component that has moving parts, 3D moving parts, on silicon,” said Hisham Haddara, Si-Ware founder (below, image via Rachel Williamson). “You can do motors. You can do pumps. Very, very tiny things. It’s a very small world.”

Moreover, because silicon chips were once much larger than they are now the technology used to make them 15 years ago is perfect for putting together MEMS. Where the parts on silicon chips are now measured in nanometers, MEMS are still built in micrometers and able to be seen with the naked eye via microscopes.

“Not only is the performance of MEMS devices exceptional, but their method of production leverages the same batch fabrication techniques used in the integrated circuit industry – which can translate into low per-device production costs,” according to the MEMSnet website.

“Researchers have placed small microactuators on the leading edge of airfoils of an aircraft and have been able to steer the aircraft using only these microminiaturized devices.”

Haddara spent four years leading French company MEMSCap’s Egyptian operations before founding his own startup in 2004, the first of 17 home-grown semiconductor companies that have launched in Egypt in the last 10 years. 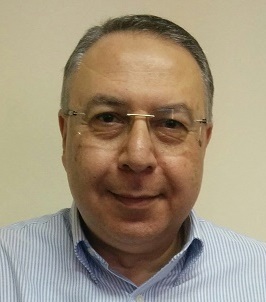 Si-Ware began as a fabless chip design company: they would outsource all fabrication, or production, to countries such as China. At first they sold the designs to US and European customers, before graduating five years ago to designing and producing entire chips for their clientele.

“We went into the fabless game and played it like Europe and the US, where we really leveraged the creativity, innovation and brainware of our engineers,” he told Wamda. “Egypt is not known for [this] technology and in order to be able to really grab the attention of customers and partners and big companies, whether in the US, Europe, Japan or any other part of the world, you not only have to satisfy the customer, you have to impress them.”

More recently, they switched strategy to include MEMS chips. It’s a strategy that’s beginning to impress a number of customers.

Si-Ware’s first MEMS product is a spectrometer-on-a-chip. When unveiled in February it was hailed as a world first.

A spectrometer is a device that can read the composition of certain materials by analyzing the light reflected off or passed through it. It’s a technology that’s over 100 years old and the traditional desk-top models can cost between $5000 and $100,000. Today’s global spectrometer market is worth $5 billion.

What Si-Ware has done is to downsize the analytical device onto two chips, one with the electronics and one with the tiny mechanical parts.

Haddara said they were aiming first at the food quality industry and secondly at the health sector, because the former didn’t require such onerous certification processes.

Si-Ware has four customers who are testing the product, which is due to be released in January.

The one customer Haddara would discuss is Dutch company SoilCare, which is currently testing it as a soil analysis tool.

“A farmer, when he is changing crop and wants to know whether the soil is ready for another […] he must do some soil analysis. Traditionally today […] he took soil samples, maybe hundreds of samples,” Haddara said. “He [would] send these samples to a central lab and waited for the results for a week or two.”

It’s costly and time consuming, but SoilCare wants to use an internet-connected spectrometer to allow farmers to do the measurements in the field and send the raw data to their labs, where it’ll be analyzed and sent back in minutes.

Haddara said other applications were for instant food quality control, for example identifying whether meat was horse or beef in the 2013 European meat scandal.

They are discussing possibilities around using it in toilets for urine analysis, providing doctors with instant data on a patient’s health, and it could be used for measuring vital signs such as blood glucose by sending light into body tissue – a development that could be a major leap forward for health-oriented wearables makers.

The spectrometer chip won the industry Prism Award in February 2014 for testing, measurement, metrology, a ceremony Haddara described as the “Oscars of electronics”.

Si-Ware has “six or seven” patents around the technology, making up a sizable chunk of the 40 patents it owns.

Haddara’s aim is to take Si-Ware, already a major player in the local semiconductor industry which caters solely to international customers, into a successful global company.