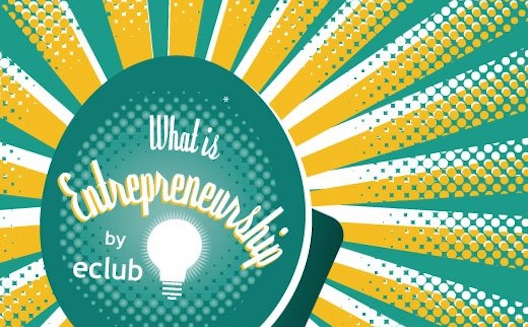 eClub, an nonprofit launched in connection with the American University of Beirut (AUB) to raise awareness about entrepreneurship, has launched a new photo competition, "What is Entrepreneurship?".

The competition, which ends this Friday, August 13th, asks entrepreneurs to submit a single photo describing what entrepreneurship means to them, to eClub's Facebook app. "Everyone has his own definition of entrepreneurship; even in the dictionary it doesn't hold a real meaning," says founder Abdallah Absi. "So we wanted people to define it through a photo competition."

The photo with the most Facebook Likes will win $1000 in cash, plus 2 months of office space and $200 worth of services from AltCity. A board of judges (partners include Cedrus Ventures, AltCity, Cisco Entrepreneur Institute, Middle East Venture Partners, AMIDEAST, and Wamda) will also choose a winner, who will receive  a $600 workshop from Cisco Entrepreneur Institute, and 1 month of office space + $100 in services from AltCity.

The only limitations are that photos must be original; they cannot be taken from another online source, and they must be focused on entrepreneurship.

Since its launch at AUB in November 2011, eClub has since grown to 7,000 likes and around 140 members from across Beirut, including several from the Lebanese American University (LAU). As it works to raise awareness about entrepreneurship, the organization hosts idea brainstorming events for students and connects budding entrepreneurs with local support. While it has produced two viable business ideas to date, the goal is to build to 25 ideas in the next few months as its community builds, says Abdallah.

See the Facebook page to submit an idea and watch for the winning photos after Friday.