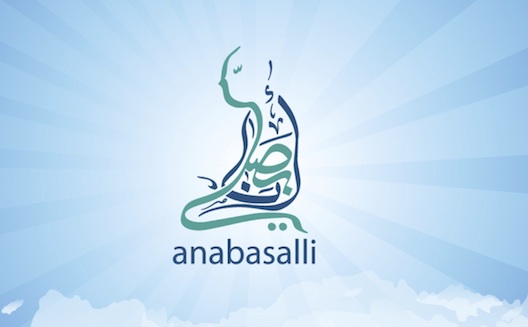 This week, those looking to connect with their community have a new tool at hand. AnaBasalli, a mobile application and web platform for tracking daily prayers for Muslims, has launched in beta.

The iPhone application, built by Palestinian entrepreneur Yousef Ghandour, assesses the quality of movements as you pray. It's designed to be placed in your pocket, so that it can record the duration of time you spend in each position, while reciting, bowing, straightening, prostrating, and sitting. A "Prayer Performance Monitor" algorithm in the app compares your prayer to best practice, and sends you feedback.

The app also notifies users about prayer times, even when disconnected from the internet, tracks and monitors prayer time based on location, and reveals the direction of Mecca using the iPhone's internal compass, thus incorporating in one features that iPhone app AlQibla and FireFox add-on PrayTimes offer.

It's designed to fully support the act of praying, but AnaBasalli is not simply to improve individual experience, but to also support the communal aspects of prayer. A complementary web platform allows registered members to check in and share their prayer status in real-time throughout the day.

"Islam is a communal religion," says founder Yousef Ghandour. "People are practicing it every single day of their lives, together. It made sense to build a platform that brings the Muslim community together in the virtual world."

The prayer app is just the beginning of the six-person team's vision; their goal is to build a community around applications supporting different aspects of Islam, says Ghandour. "We're going to allow third-party applications to build on top of AnaBasalli's social network, the way that Facebook does, so that you can share content with people reading online and can ask questions."

In the future the team may also use the aggregate data to present statistics on average prayer performance to its users, and they plan to monetize the site by selling premium ads focused on their market.

The beta release reveals new features including an embeddable rakat counter showing the total rakat counted among members to date, and a feature called "Sharing the Adhan," which reveals that it's prayer time on Facebook.

While the communal aspect of the application may bring the faithful together, many questions remain. What if I don't have a pocket (or an iPhone)? Is making money from a site that is aggregating prayer statuses ethical? Is targeted advertising more controversial than app downloads? Will third-party developers see it as a distribution channel more than an exclusive launchpad?

The site has integrated with Facebook, a seemingly wise move that might allow it to build a Muslim community without trying to reinvent the social network wheel on a separate platform. As the rakat (around 52,000 at time of print) on the site grow (up from 22,000 just two days ago), it may just take off, if plugging in to other social media helps it go viral.

When it comes to building an startup in Palestine, George Khadder, VP of Marketing at AnaBasalli and also a founding member of the Peeks community, which aims to empower tech entrepreneurs in Palestine, says that the support he and the Anabasalli team have received is "unbelievable."

"We are facing challenges because the ecosystem itself is young, but the community of Peeks has been tremendously helpful. The general community is also becoming more accepting of failure," says Khadder. Registering AnaBasalli as a company was a tough, expensive process, he says, and the regulatory framework is not designed to help entrepreneurs.

"There's also a lack of smart funding at the angel level, and the education system does not necessarily encourage out-of-the-box critical thinking," he points out.

These issues are hardly unique to the West Bank or Gaza, and yet with the growth of grassroots communities like Peeks, which boasts over 2,000 members now, perhaps the communal voice will have more power to push for cohesion and change while producing new startups that garner investment.